NEW BRITAIN – New Britain Police are asking for the public’s help in finding the driver who hit a mother Thursday night and drove off. This happened... 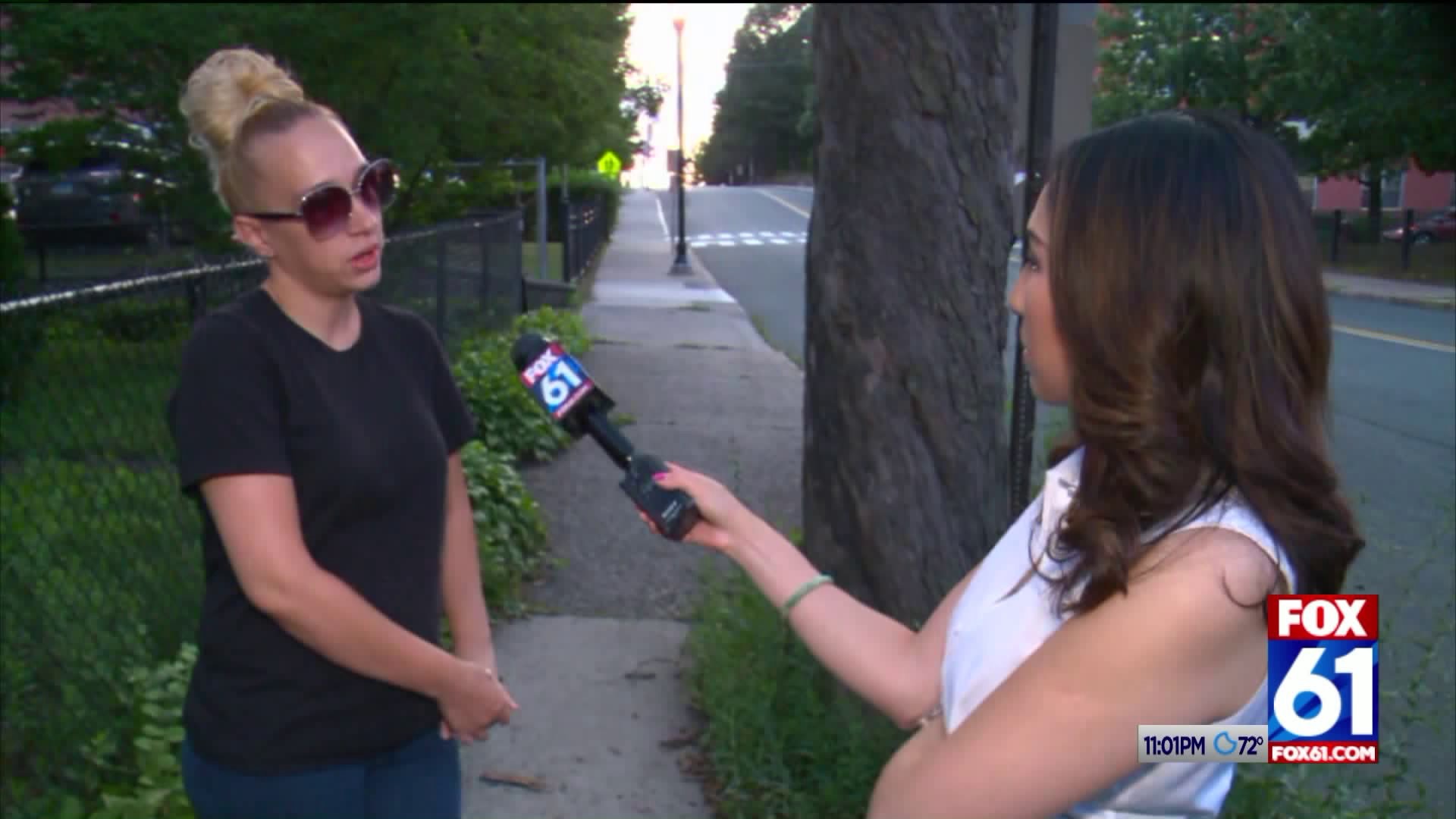 NEW BRITAIN - New Britain Police are asking for the public's help in finding the driver who hit a mother Thursday night and drove off.

This happened shortly before 8:30 p.m. on Grand Street.

"It's terrifying. Like I don’t understand why somebody would just go and hit somebody. I don’t care if you were under the influence or if your car’s not legit. Like stop. Make sure they’re okay," said Vanessa Sanchez of New Britain.

Sanchez is infuriated after finding out her 53-year old mother was the victim of a hit and run on a busy street.

Luckily, a home had a surveillance camera outside and captured the incident. In the video, you can see Sanchez's mother walking on the sidewalk, getting ready to cross by stepping out a bit on the street, the car stops for a second and then drives off.

"She has bruising to the face, she has a lot of hip ... she can’t move her hips really. Her knees are messed up. Her elbows and she can’t turn as much but it’s mostly her face," added Sanchez.

Police said they are now looking for a light-colored SUV, possibly a Nissan with Massachusetts license plates in the back window.

Sanchez's mother is conscious and recovering, but wants the driver caught so this does not happen to anyone else.

Police said if you recognize that car or witnessed the incident, you are urged to reach out to police immediately.