FARMINGTON — Police asked residents in New Canaan to check for surveillance footage of passing cars in the days before and after Jennifer Dulos’ disappear... 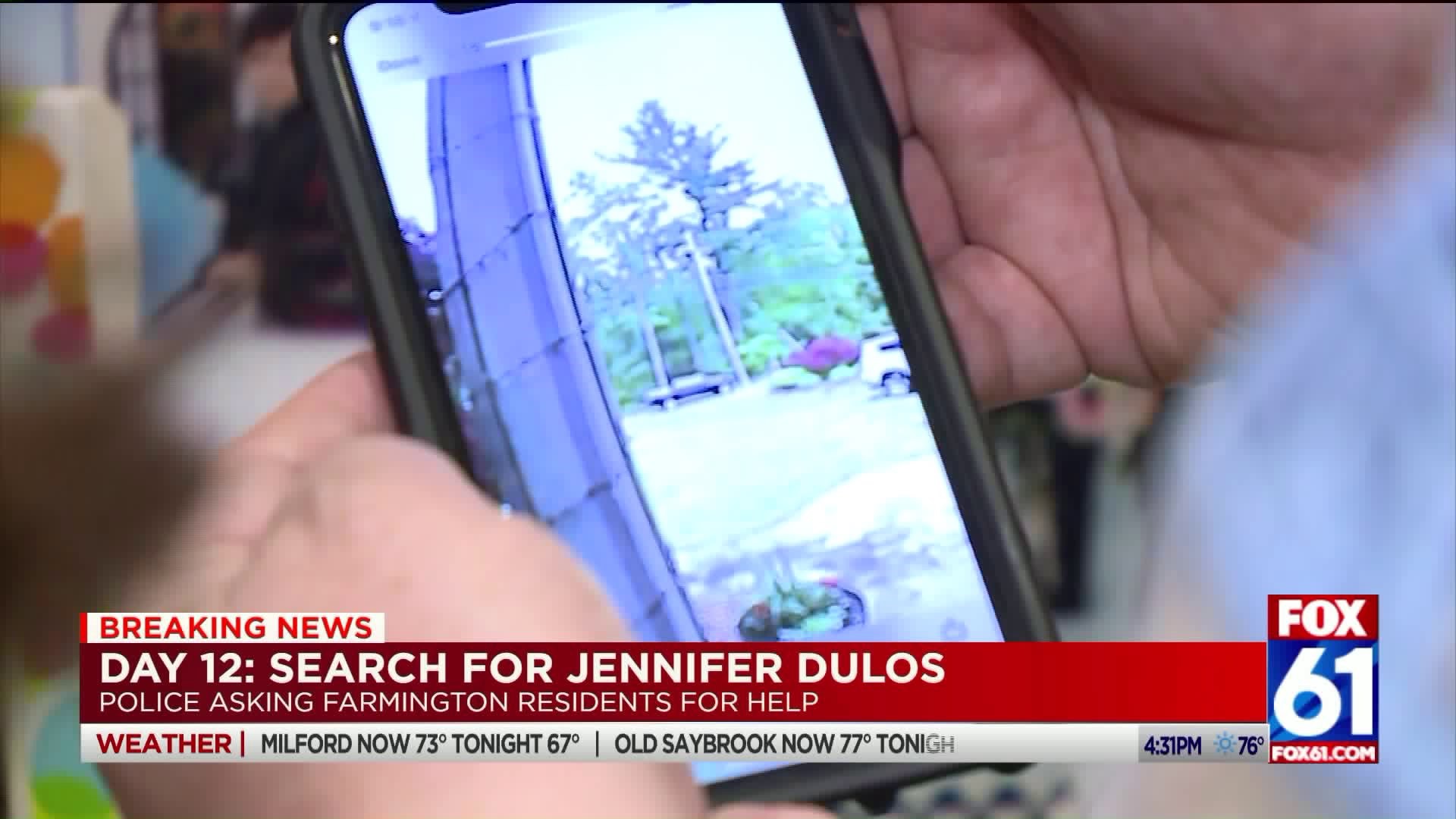 FARMINGTON -- Police asked residents in New Canaan to check for surveillance footage of passing cars in the days before and after Jennifer Dulos’ disappearance.

That convinced Farmington resident Toni Fishman to do the same. Fishman lives down the street from 80 Mountain Spring Road, which is owned by Fotis Dulos’ company Fore Group and is a short distance from Jefferson Crossing where Fotis lives. Police have been to both locations multiple times.

“It was quite a shock to find out that it happened on Mountain Spring Road,” said Fishman. Fishman normally has his camera pointing at his driveway, but on May 24th the camera had a view of the street.

“When I heard that tracks had been made down route 44 towards Albany Ave in Hartford, it was a logical deduction that they must have passed by the front of [my] house,” said Fishman.

Fotis Dulos' arrest warrant states that on the evening Jennifer disappeared, Fotis visited the Mountain Spring road home, twice before eventually taking a trip to Albany Avenue in Hartford between 7:10 and 7:41 pm.

“I read the news and it always seems to be somewhere else but this is really close to home,” said Fishman.

It was watching the news and hearing that police were asking for surveillance footage in New Canaan that made Fishman look at his own footage and come forward.

“I also want other neighbors to know that if they have cameras and footage filming the street that they should collaborate with the State,” said Fishman.

FOX61 talked with other neighbors along Mountain Spring road and Ely road in Farmington that have surveillance systems. They said police have contacted them and they are cooperating with the investigation.