FOX61 EXCLUSIVE: Residents in New Canaan, Farmington step in to help police with the disappearance of Jennifer Dulos

FARMINGTON — New Canaan Police asked for the public’s help in solving the disappearance of Jennifer Dulos. They are hoping people will have surveillance f... 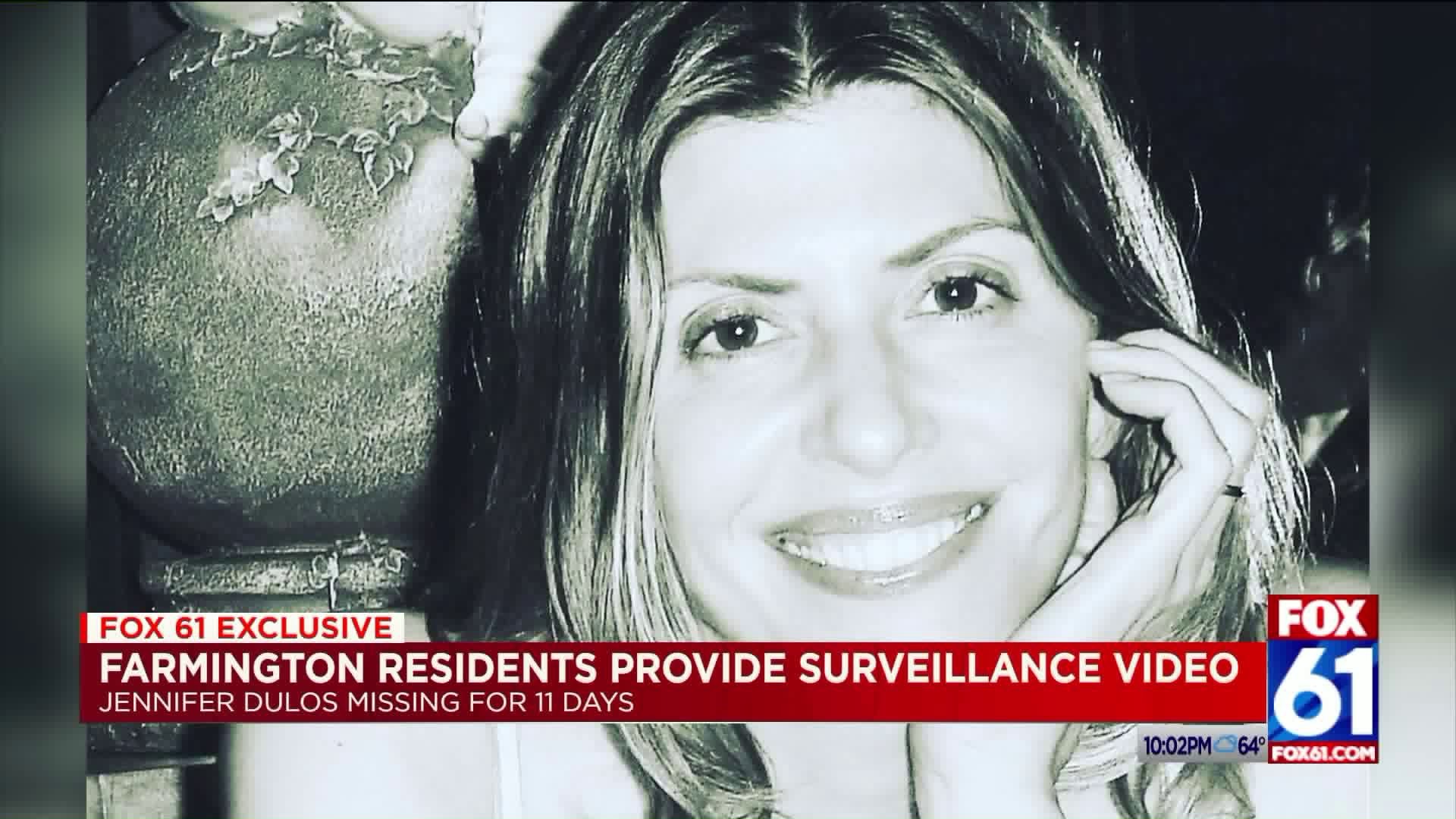 FARMINGTON -- New Canaan Police asked for the public’s help in solving the disappearance of Jennifer Dulos.

They are hoping people will have surveillance footage showing vehicular activity from May 22 to May 25.

Investigators have spent countless days in several areas of Farmington to comb through every item they can find.

They have been digging for clues at the homes owned by Fotis Dulos on those two roads.

One FOX61 viewer who lived in Farmington said the case has shaken the community since rarely does anything like this happen in the town.

A viewer saw FOX61’s report about how police are looking for surveillance footage and he reached out to police because he lives on Mountain Spring Road, one of the roads where Fotis Dulos owns a home.

He said police have visited him twice and he and others are hoping home surveillance footage can help lead police one step closer to finding answers.

He believed his surveillance cameras and doorbell camera may have recorded Fotis Dulis driving past his home.

“We’re concerned and we have to all work together to kind of create a community here of secure homes and let people know that we’re willing to take the chance to help and help solve a serious crime,” said Toni Fishman of Farmington. “It’s really kind of been alarmed about it and that we didn’t know if the neighborhood was safe when this first happened. We were glad to know that some arrests have been made and that the police were having extra effort on Mountain Spring Road to kind of gather evidence.”

If you have surveillance footage that shows cars passing by your home or business from May 22 to the 25th, you are urged to email Kelly.coughlin@newcanaanct.gov with your contact information and address.

Police are asking people to not send video content.