NEW HAVEN — As the criminal case surrounding the disappearance of Jennifer Dulos intensifies, Connecticut State officials revealed more about the investigation just days before a judge put a gag order on the case.

Jennifer Dulos was reported missing to New Canaan Police on May 24. Her estranged husband Fotis Dulos and his girlfriend Michelle Troconis have each been arrested twice on charges of tampering with evidence, after police say people matching their descriptions were caught on surveillance cameras dumping bloody evidence in Hartford.

On the same day Fotis Dulos was arraigned on his second evidence tampering charge, Judge John F. Blawie put a gag order on the criminal case. The order bars both the state and the defense from discussing details about the case publicly.

“If the state waited before publishing its warrants and having the deputy commissioner of the Department of Public Safety talk about the tests that are out there, we would wait, but since the state can’t we won’t,” Dulos’ Defense Attorney Norm Pattis said referring to Brian Foley, aide to the commissioner of the Connecticut Department of Emergency Service and Public Protection. DESPP oversees the State Police.

Three days ago, Foley spoke to FOX61 in his last interview before the gag order.

Foley said the disposal of evidence in Hartford was “disrespectful.” 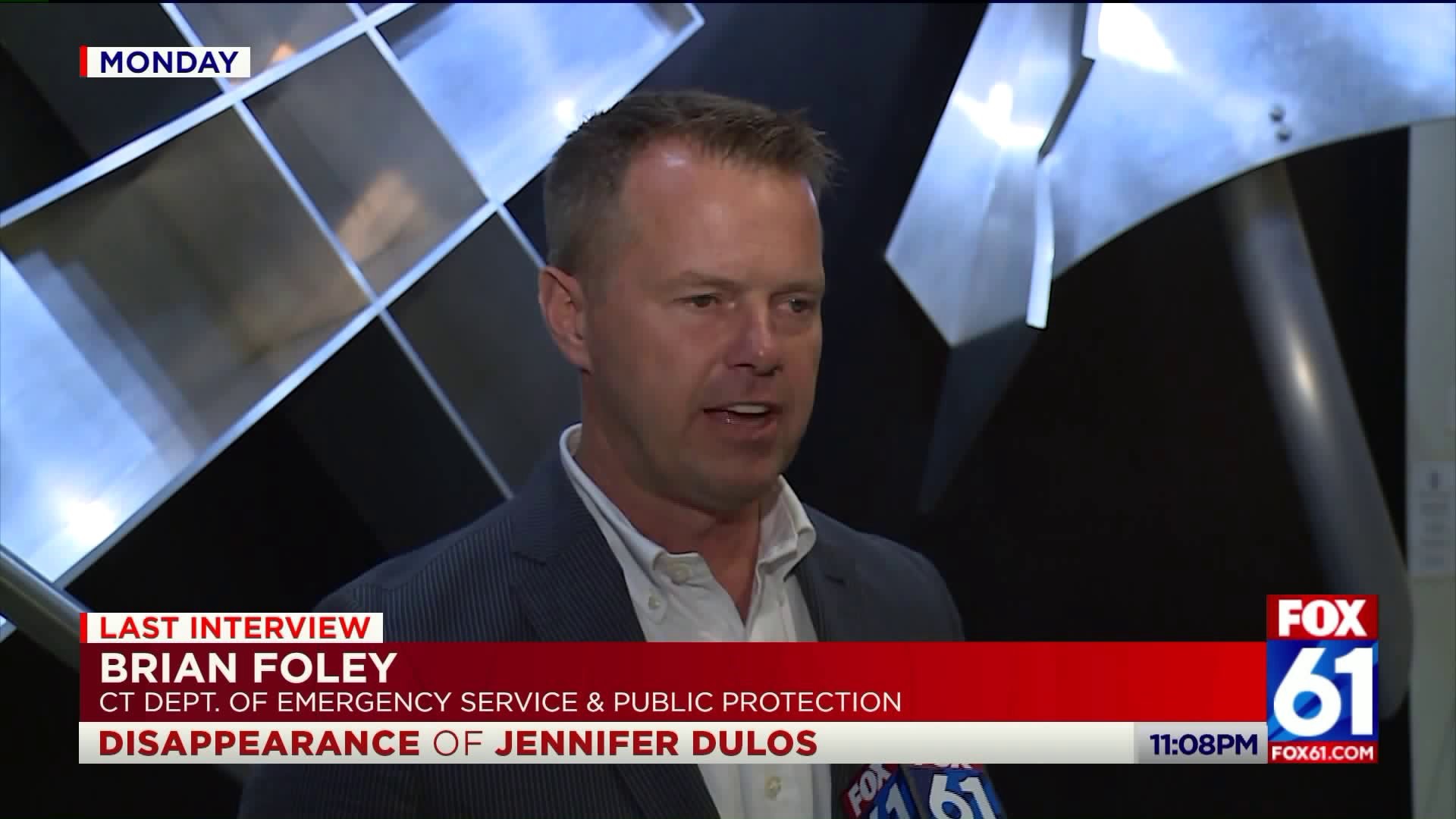 Police said a black Ford Raptor matching Dulos’ truck was documented stopping at more than 30 locations along a four mile stretch of Albany Avenue between Baltimore and Edward Streets. The area is a 70-mile drive from Jennifer Dulos’ New Canaan home and a seven-mile drive from Fotis’ Jefferson Crossing development.

“Why would you select that neighborhood? There’s no known ties there,” Foley said in an interview with FOX61 on Monday. “It is probably one of the only all-minority neighborhoods in the area, in that region of the state. And that one area was selected to dump off that garbage. It seems like to me, as a detective, that’s a person trying to pin it on a person of color,” Foley said. Foley made similar comments on FOX & Friends on Fox News Channel on Friday, September 6. When asked about the comments on Monday Foley said he stood behind them “100 percent.”

“For the suspect to drive to Hartford in the North End and specifically dump off very key evidence throughout those neighborhoods, what other conclusion can you have other than they’re trying – if that evidence ever gets discovered they’re going to think it’s somebody from that neighborhood,” Foley said.

“I’ve talked with a lot of people in the community, they are also pretty upset too,” Foley said.

Although police have indicated they believe Fotis Dulos and Michelle Troconis were in the Ford Raptor on Albany Avenue, they were careful to use the words “matching the description of.” Location data from Dulos’ cell phone does show a ping in the Hartford area at the same time. Police have yet to release the video from Hartford’s cameras. In arrest warrants for Dulos and Troconis released last week, video screenshots do not clearly depict who was driving Jennifer’s Chevrolet Suburban away from her home on May 24, but police wrote Fotis was “believed” to be behind the wheel.

“There's a lot more details and a lot more evidence that hasn't been presented as of yet,” Foley told CNN on September 6.

We likely won’t be hearing about that evidence until a trial or another arrest, because of the gag order.

“The gag order merely restates existing law,” Dulos’ defense Attorney Norm Pattis told FOX61 Thursday. “It doesn’t change our strategy or tactics. If it shuts the State Police up that would be a blessing,” he said.

When Fotis Dulos left Norwalk Superior Court on Thursday, Pattis had a message for the prosecution: “we have three words to the state: bring it on.” 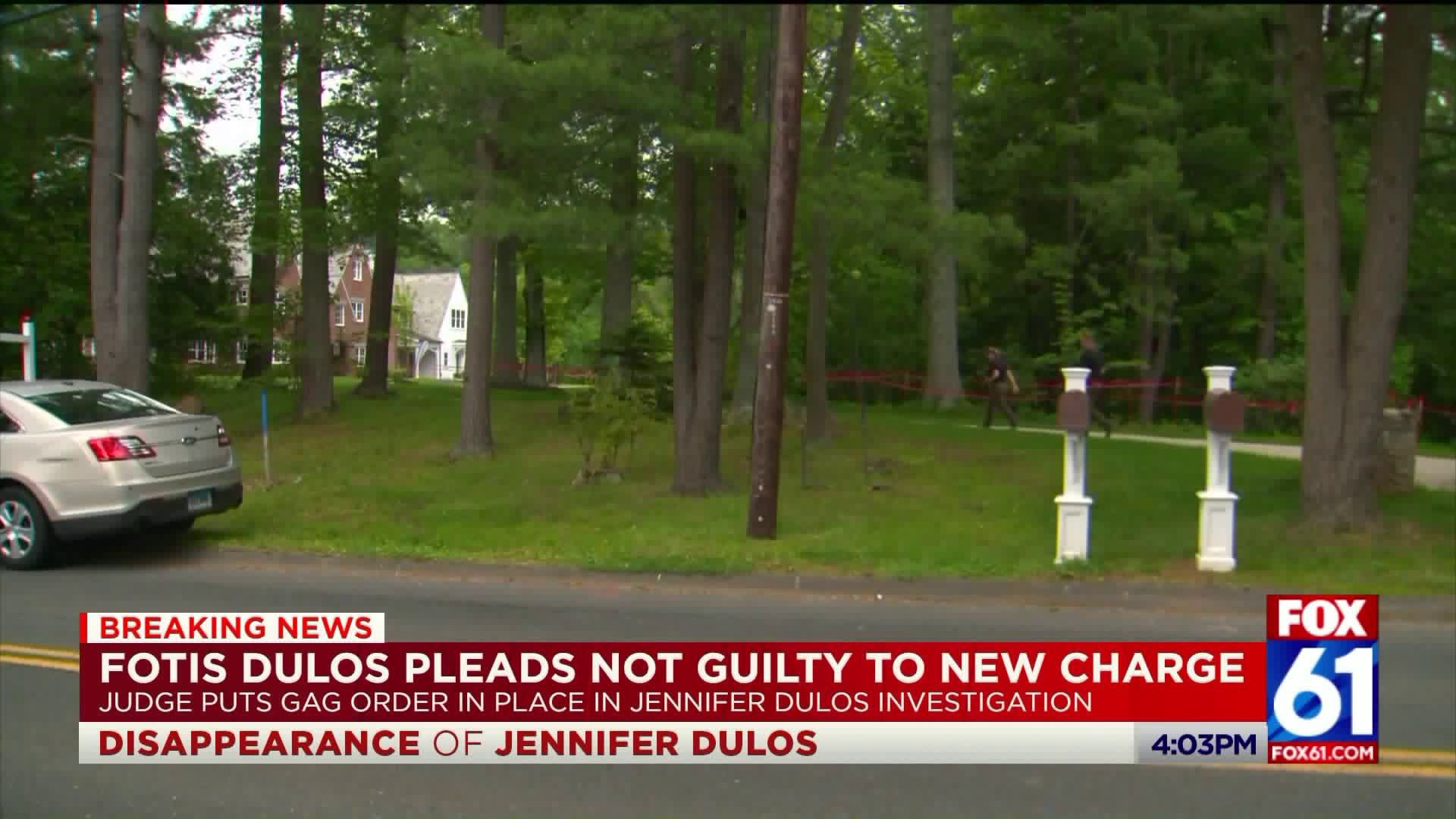