NEW HAVEN — Shock and grief in a New Haven community where a man is dead after he was hit by a motorcycle while crossing the street. A small memorial has ... 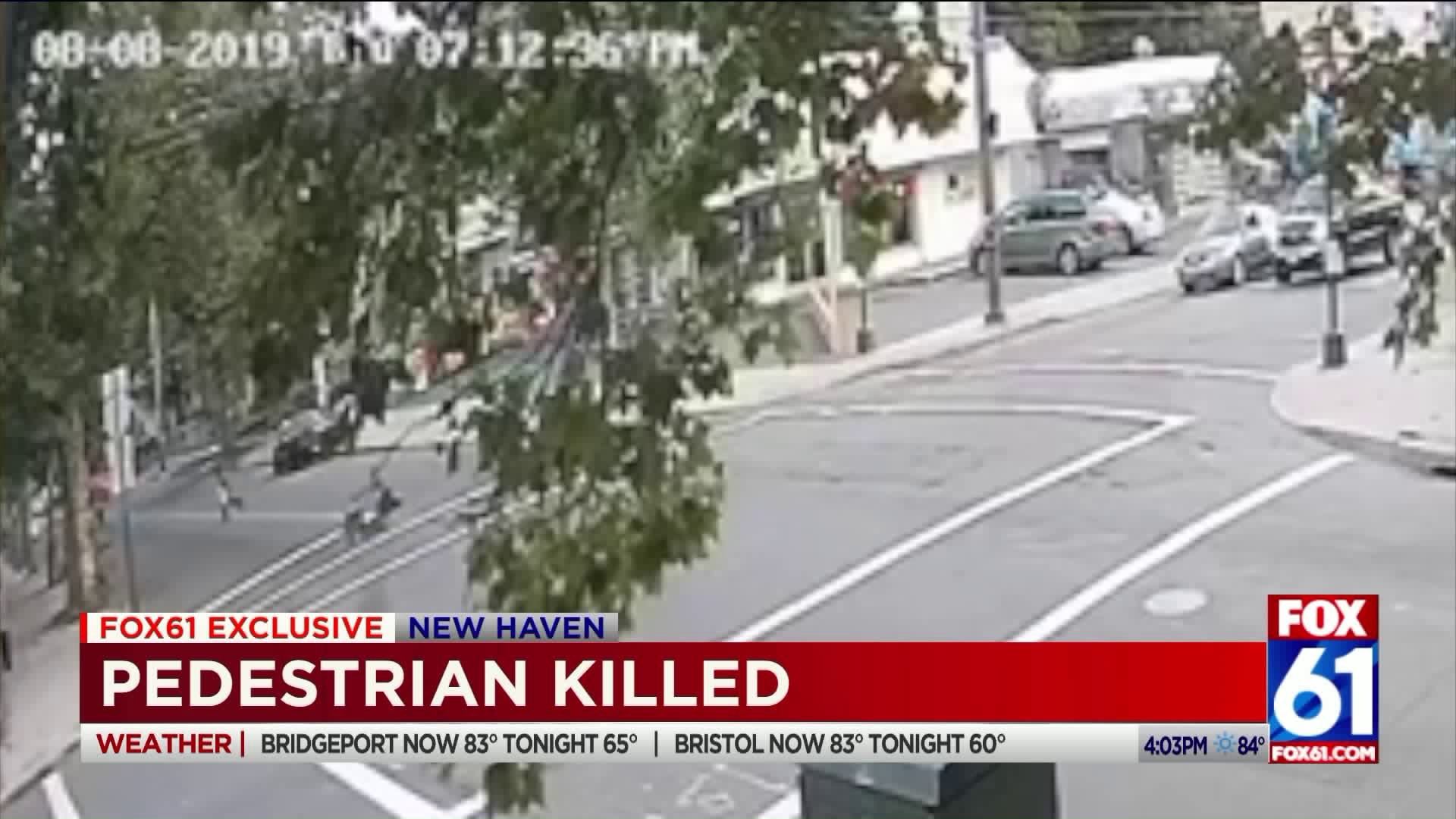 NEW HAVEN -- Shock and grief in a New Haven community where a man is dead after he was hit by a motorcycle while crossing the street.

A small memorial has been set up for the 48-year-old man who died after being hit by that motorcycle.

Residents said he was simply walking across the street before he was hit and it was all caught on camera.

Surveillance video from Liberty Pizza in the Fair Haven section of New Haven reveals the moments before a man was hit and killed by a motorcycle Thursday evening.

Police said two motorcycles were travelling north on Ferry Street when suddenly one of them hit a pedestrian right before the Lombard intersection.

The motorcyclist is still in critical condition, but the man who was hit has been pronounced dead.

Still shaken from the news, residents said they came to pay their respects with a small memorial.

“Sad you know how he just passed away he was a friend of the family and I just felt like I need to come pay my respects because it’s really crazy how he passed away,” said Omar Ramirez.

The intersection where the incident happened has since reopened, but residents like Omar Ramierez said he won’t look at the area the same way again.

Ramirez said, “I didn’t expect it to be somebody that I knew and it was just sad because I heard it was just a motorcycle accident and that’s all I knew.”

FOX61's Brian Didlake told the man frequented Taqueria Oyameles where he met Ramirez and his family and soon became a close friend.

“He was a really good guy, respectful guy always used to come by and eat at the restaurant and just mind his business,” said Ramirez.