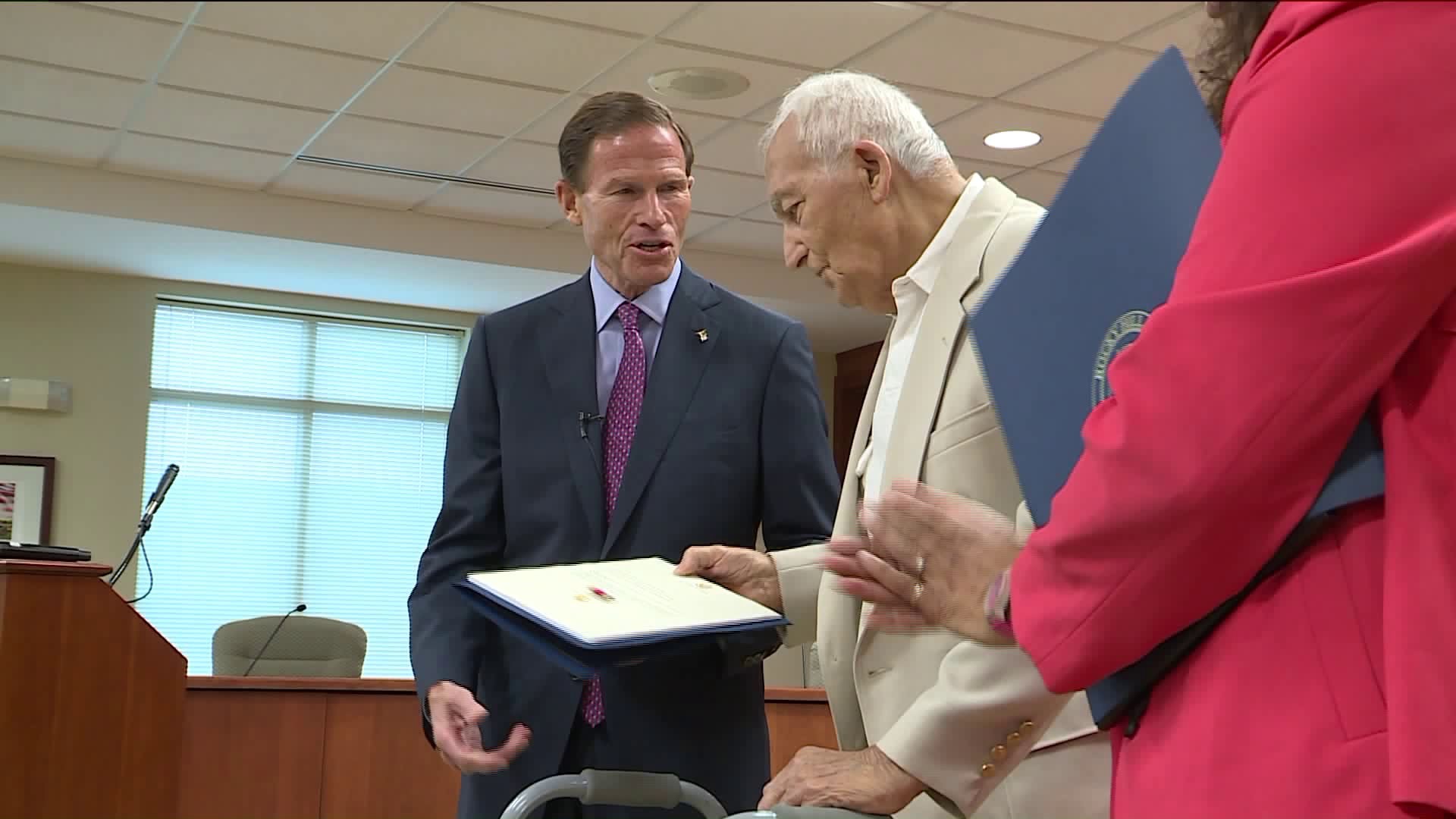 "I'm proud to present these medals to you," said Senator Richard Blumenthal.

Novellino was a Sergeant in the Army, stationed in Africa and Italy during the war. His distinguished service earned him five medals, which were stolen nearly 50 years ago from his Newington home.

"Somebody broke in the house. I was on vacation. I had no idea," said Novellino.

"It was like taking his heart from him and I could see that empty space that he had," said Novellino's stepdaughter, Gina Puglisi.

Gina said the family tried unsuccessfully to have the medals reissued, so they called FOX61.

"Within five minutes, everything was in the works. Mr. Blumenthal called me," added Puglisi.

"Any veteran who has earned medals deserves to have them," said Blumenthal.

Blumenthal made sure the Pentagon reissued Joe's medals, and presented them today at the Rocky Hill Town Hall.

Gina said her stepfather told her not to worry about the medals, but she knew she had to try and get them back and is so thankful she did.

"You guys made his dream come true and I'm thankful," said Puglisi.

"I really appreciate that because I never thought that I would see them, so thank you very much," said Novellino.