EAST HARTFORD — A Connecticut state trooper killed in a highway crash last week was remembered Friday as a respected officer, a Marine veteran and a beloved fat... 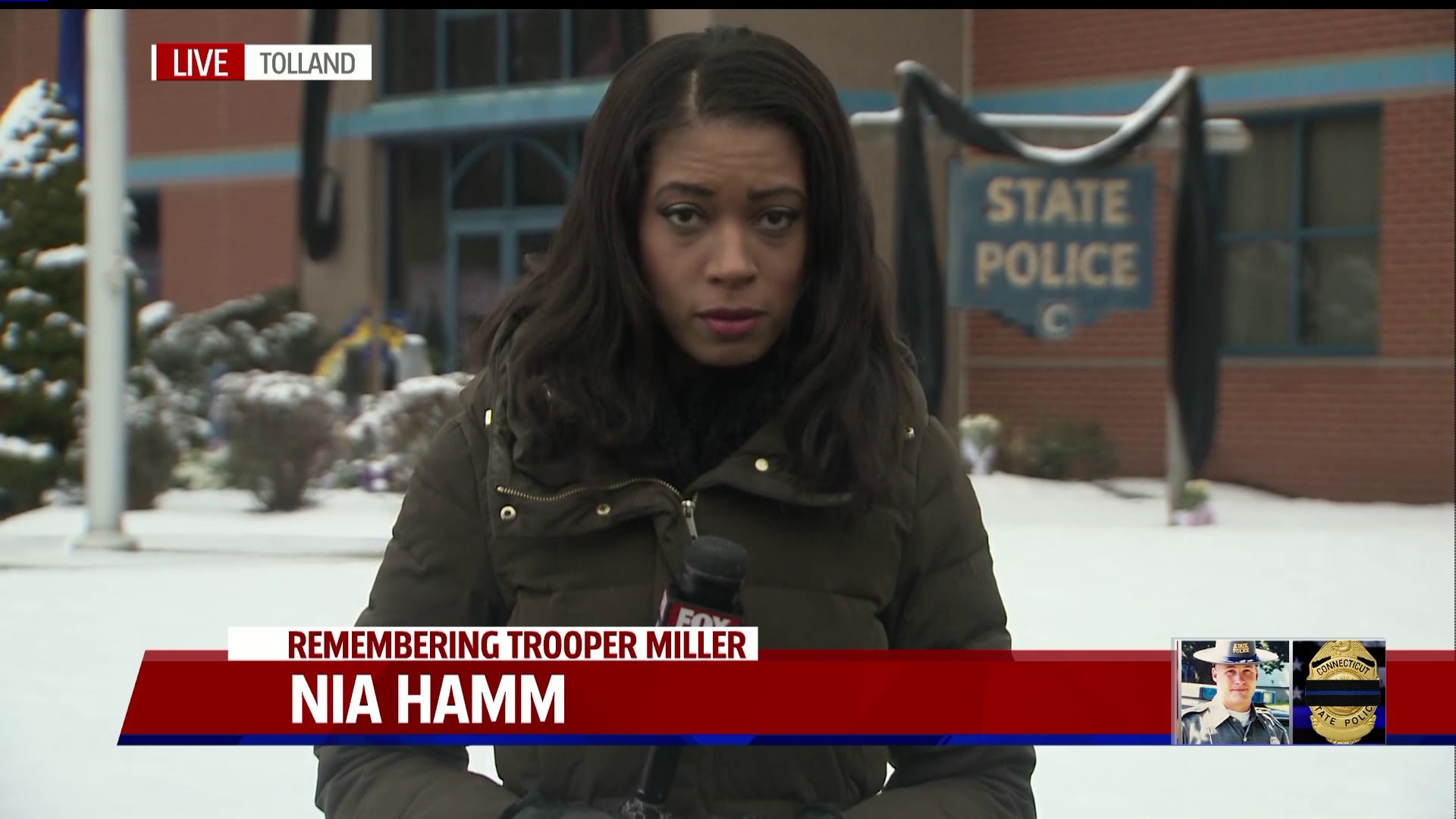 EAST HARTFORD — A Connecticut state trooper killed in a highway crash last week was remembered Friday as a respected officer, a Marine veteran and a beloved father of two young children.

Trooper 1st Class Kevin Miller's funeral was attended by family, friends and hundreds of police officers from across the state and country, some from as far away as Alaska and Utah.

Troopers lined a road into the Rentschler Field football stadium in East Hartford as a procession of state police motorcycles and a hearse arrived for the service.

Close family and friends gathered in a room inside the stadium for the Mass, while hundreds of officers watched the service on a video screen outside in the stadium seats during light snow and a cold wind.

"He was a true guardian," the state police commander, Col. George Battle, said during the service. "Kevin was taken from us all too soon. But it is important to remember his selfless dedication . for which we will be forever grateful."

The 49-year-old trooper was a 19-year veteran of the force who served in the Marines during the Gulf War. He died on duty March 29 when his cruiser rear-ended a slow-moving tractor-trailer in the right lane of Interstate 84 eastbound in Tolland. The cause of the accident remains under investigation.

Miller, who was assigned to the Troop C barracks in Tolland, was a divorced father of a 10-year-old daughter and 13-year-old son.

"Everything he did every day was for his children," Trooper David Piela said in a eulogy.

Hundreds of people also attended Miller's wake on Thursday, after a procession of state police motorcycle and cruisers traveled about 30 miles from a funeral home to the stadium.

A poem written by Kevin Miller when he was in the 5th grade, was read by his nephew Ethan Miller during the service.

A private burial followed the funeral.

Sgt. David Murphy of the Texas Highway Patrol was among those who traveled long distances to pay their respects. Two Highway Patrol troopers died on duty in November, one from gunfire and the other in a car accident.

"It doesn't matter what color the uniform is or what part of the country you're stationed in, it's a brotherhood," he said.

Memorial funds for Miller's children have been set up by the Connecticut State Police Union and on a GoFundMe page .