STAMFORD — It was a scary Tuesday afternoon for kids on a school bus after they had to be rescued from a flooded neighborhood on Dale Street. “Some of the... 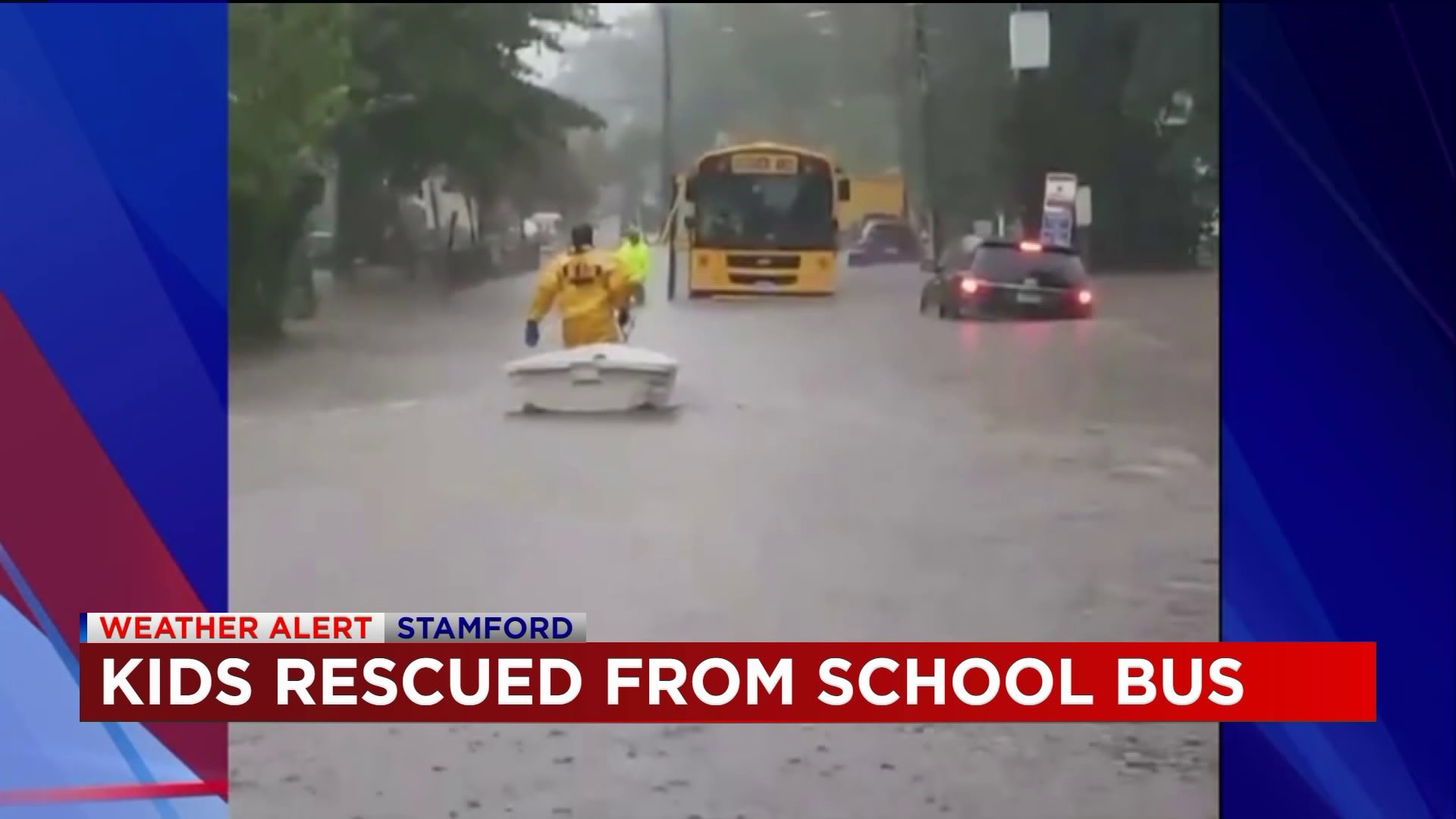 STAMFORD -- It was a scary Tuesday afternoon for kids on a school bus after they had to be rescued from a flooded neighborhood on Dale Street.

“Some of them were crying. It was frightening for them,” said Philip Vincoli of Stamford.

Over 20 kids on the school bus were crying for help after it was stranded in approximately three feet of water.

A spokesperson with Stamford Public Schools said the kids were from the Rodgers International School who were hoping to get home, but a typical day ended up being a dangerous one.

That is when neighbors jumped to the rescue. Manuel Orellana just so happened to have a small boat in his backyard.

“When I saw the kids, I said when the fire guys are coming to see how I can take the kids out. I said oh I have a boat in the yard,” said Orellana of Stamford.

Orellana places four to five kids in the boat at a time and even provided life jackets for them as they floated to safety.

Another neighbor lending a helping hand was Philip Vincoli who made sure all the students and the bus driver got out safely.

“I work for the Town of Greenwich. I’m a government employee. I work for the highway department so I’m on the roadway all day long and it was something you just got to do,” said Vincoli.

Both Orellana and Vincoli said Dale Street gets flooded all the time. In fact, they added five or six years ago, here was six feet of water during a storm.

“It looks like because all the water is coming from the hill - that’s why I said the drain is going to be full,” added Orellana.