Gov. Malloy: Syrian family relocated to New Haven after being denied in Indiana

NEW HAVEN — Governor Malloy held a press conference Wednesday afternoon about Syrian refugees in Connecticut. He spoke in New Haven after meeting with a S... 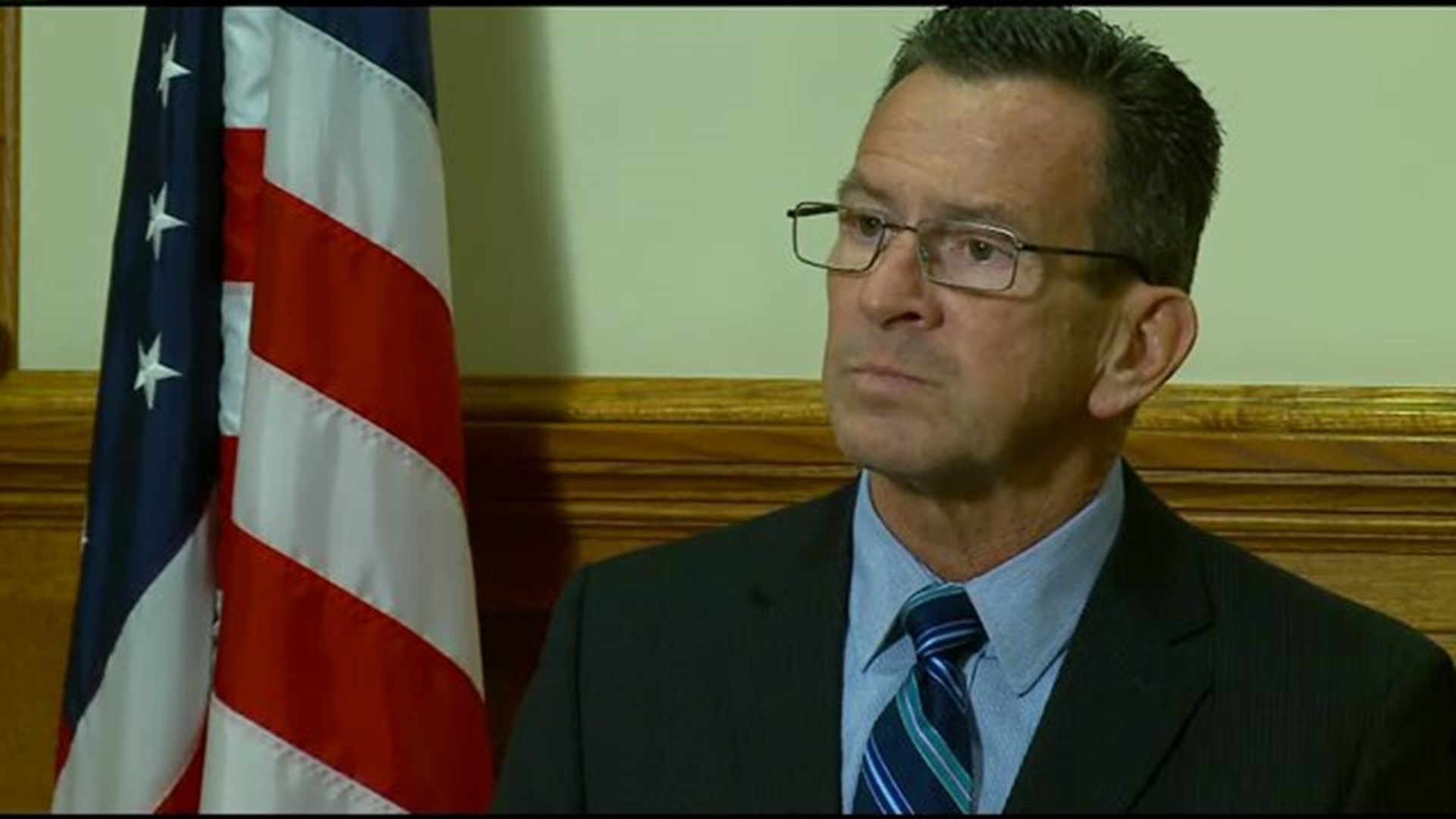 NEW HAVEN -- Governor Malloy held a press conference Wednesday afternoon about Syrian refugees in Connecticut. He spoke in New Haven after meeting with a Syrian family being relocated to the Elm City after being denied entry to Indiana.

The governor said he was honored to have the family and that Connecticut is "a state that is more than happy to great them, to have them part of our fabric."

Malloy said the family settling in New Haven consists of a mom, a dad and a 5-year-old son who come from Homs in Syria but have lived in a Jordan refugee camp for about four years. 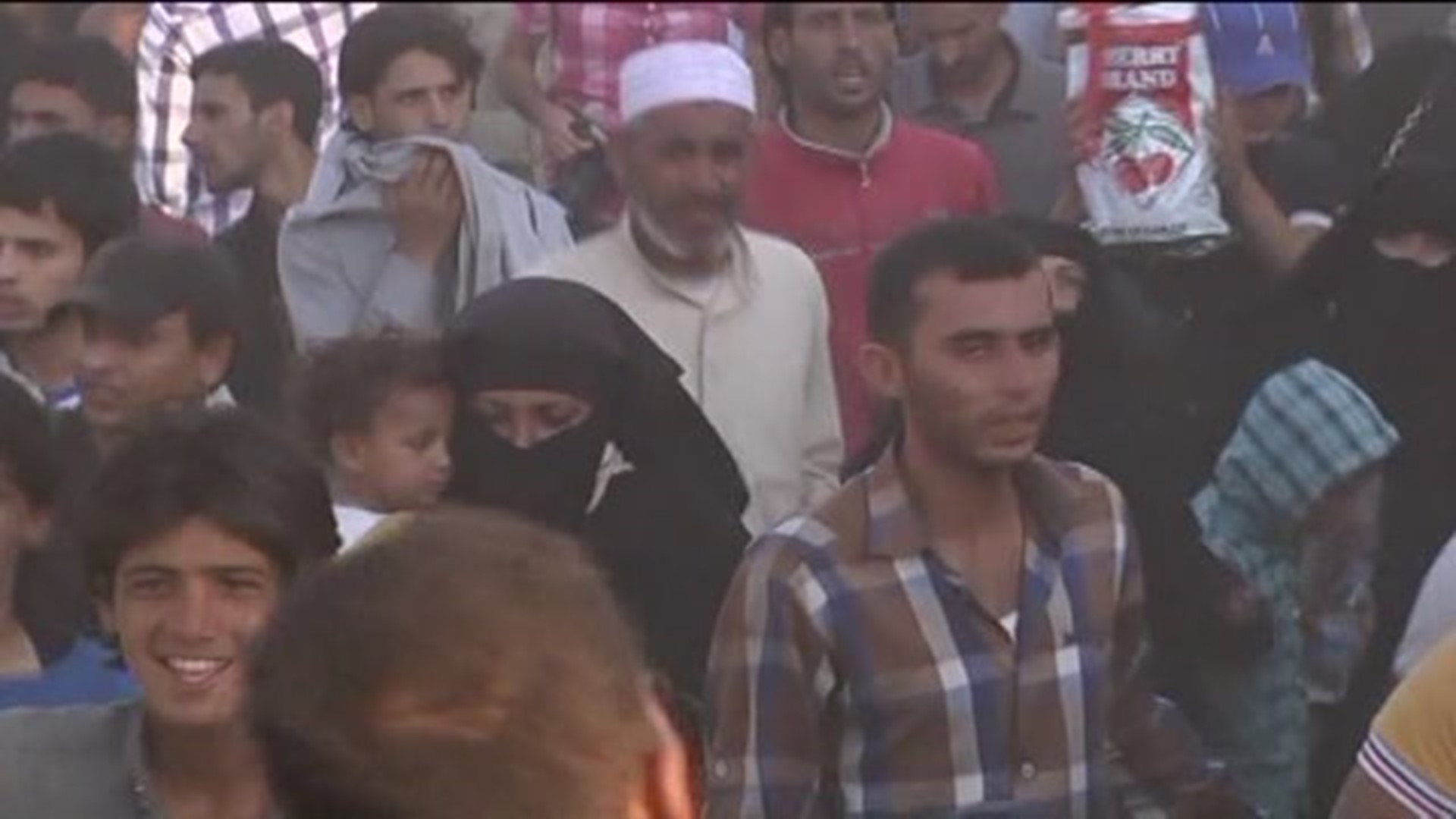 The family was supposed to go to Indiana, but had to be quickly diverted this week after Indiana Gov. Mike Pence banned refugees from entering the state. Officials believe it is the first true test nationwide of a policy dozens of governors have implemented since Friday’s terror attacks in Paris.

The Indianapolis-based group Exodus Refugee Immigration received a letter Tuesday from the Indiana Family and Social Services Administration saying that the arrival of the family--which was expected to be on Thursday--must be suspended.

Here is the statement that Gov. Pence made on Monday about his decision to refuse refugees from Indiana:

In the wake of the horrific attacks in Paris, effective immediately, I am directing all state agencies to suspend the resettlement of additional Syrian refugees in the state of Indiana pending assurances from the federal government that proper security measures have been achieved. Indiana has a long tradition of opening our arms and homes to refugees from around the world but, as governor, my first responsibility is to ensure the safety and security of all Hoosiers. Unless and until the state of Indiana receives assurances that proper security measures are in place, this policy will remain in full force and effect.

Gov. Malloy: Syrian family relocated to New Haven after being denied in Indiana

Governors across the U.S. have said they will no longer accept refugees until the country reevaluates its screening process. However, the power to accept or deny refugees lies with the federal government, according to the Constitution. So although states can make it more difficult by denying resettlement funds, the 1980 Refugee Act allows refugees to be placed anywhere in the country.

On Wednesday, President Barack Obama vowed to veto a Republican bill suspending the program that allows Syrian refugees into the U.S:

The certification requirement at the core of H.R. 4038 is untenable and would provide no meaningful additional security for the American people, instead serving only to create significant delays and obstacles in the fulfillment of a vital program that satisfies both humanitarian and national security objectives. Given the lives at stake and the critical importance to our partners in the Middle East and Europe of American leadership in addressing the Syrian refugee crisis, if the President were presented with H.R. 4038, he would veto the bill.

The bill would add a new requirement for FBI background checks. It does not call for ending the refugee program or require religious screenings, as some Republicans have demanded.

The House is set to vote on the legislation Thursday. Democratic leaders have turned against it, saying it would essentially keep refugees out of the U.S. entirely.

Malloy has said from the beginning of the debate this week that Connecticut will continue to accept refugees, and he stopped just short of calling those against the refugees hypocritical.

He added what he thinks is fueling the opposition as well.

"I think it's hysteria that's lack of knowledge and quite frankly has been fed, in my opinion, by people who should be leading the fight against hysteria, not feeding into it," Malloy said, referring to the 31 governors objecting to refugees in their states.

The governor also provided some statistics as a means to comfort residents. He said that of the millions of people who have become refugees since the Syrian civil war broke out in 2011, the United Nations has only recommended 23,000 to move forward with replacement in the West after a screening proces. Of those 23,000, only 7,000 were approved by the United States to start our own screening process, which takes 12 to 18 months. So far, of those 7,000, just 2,000 have actually settled in U.S.

Speaking for the state, Malloy said he defended those who object to refugees to the new New Haven family.

"I told them that people in the United States are generally good people, but sometimes things happen elsewhere that cause people to forget about their generosity, and to forget about their native warmth and spirit. But that that will return" in time, he said, "because we are a country that has always extended itself to other people."

With additional reporting from the Associated Press.