Gov. says he’s ‘tried everything he could’ to get lawmakers to support tolls

HARTFORD — Gov. Ned Lamont is searching for last minute support to his toll plan which he says can get 40% of the revenue from out of state drivers. The Governo... 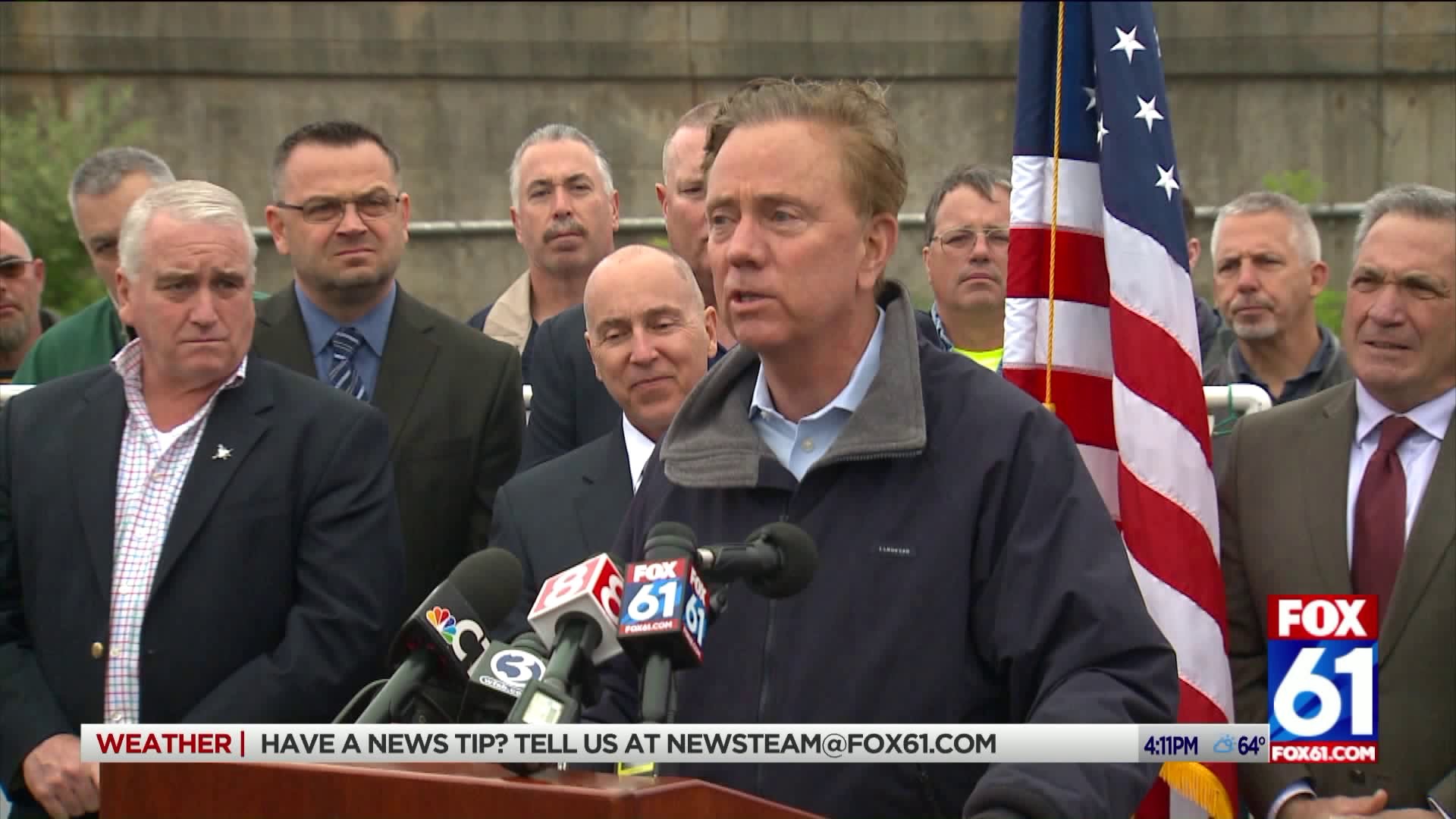 HARTFORD — Gov. Ned Lamont is searching for last minute support to his toll plan which he says can get 40% of the revenue from out of state drivers.

The Governor said tolls would lead to expanded rail service, a new mixmaster and easing congestion.The Governor admitted Friday that he’s been doing everything he can to get lawmakers on board with his toll bill.

He especially needs the support in Fairfield County.Standing in the shadow of the Charter Oak Bridge where a $212-million, 3 year upgrade project just got underway, Gov. Lamont held a news conference advocating to improve transportation infrastructure.

It comes on the heels of his memo to state lawmakers, revealing new details of a compromise toll bill. Peak rates are set at 4.4-cents per mile plus or minus 30%. Rates will be frozen for 3 years. Drivers would be able to load cash on an EZ Pass at convenience stores. The bill also relies of $100-million in short term borrowing and establishing a Connecticut Transportation Commission to review and approve the DOTs plan.

But the big question is does the Governor have the votes in Fairfield County? Joe McGee of Fairfield County Business Council told Fox 61 about the jobs they can’t fill because of the gridlock. “There are hundreds of well paying jobs that can’t be filled because we don’t have the population or the workforce.”

Some lawmakers say the Governor floated the idea of not putting tolls on the Merritt Parkway to get them on board. “I’ve tried everything I could to get the legislators willing to step up and cast a tough vote. They don’t always like a tough vote. So those are one of the ideas we’ve got,” said the Governor.

But no tolls on the Merritt would almost certainly mean more congestion and a possible higher rate on the interchanges to meet the Governors 1-billion revenue goal.

“That’s a knee jerk reaction,” said Sen. Fasano. “Once again it goes back to this one issue. He has no plan, he has no numbers, he has no idea how to solve the problem.” Though it was an idea, the Governor’s Office is adamant it’s not in the bill, and not part of the plan.Sen. Christine Cohen, (D) 12th District said, “The plan obviously is still unfolding. There’s been a lot of talk about the different roadways where tolls could go and the number of gantries.”

An eventual reduction in the gas tax is part of the plan. The Governor’s Office told Fox 61 the full compromise toll bill with either come Friday or Monday. They hope lawmakers will vote on it sometime next week where it will head to the house first.