MILFORD  -– Some good news for residents in New Haven and Fairfield Counties. Wednesday, the state announced it is adding access to DMV services by opening up e... 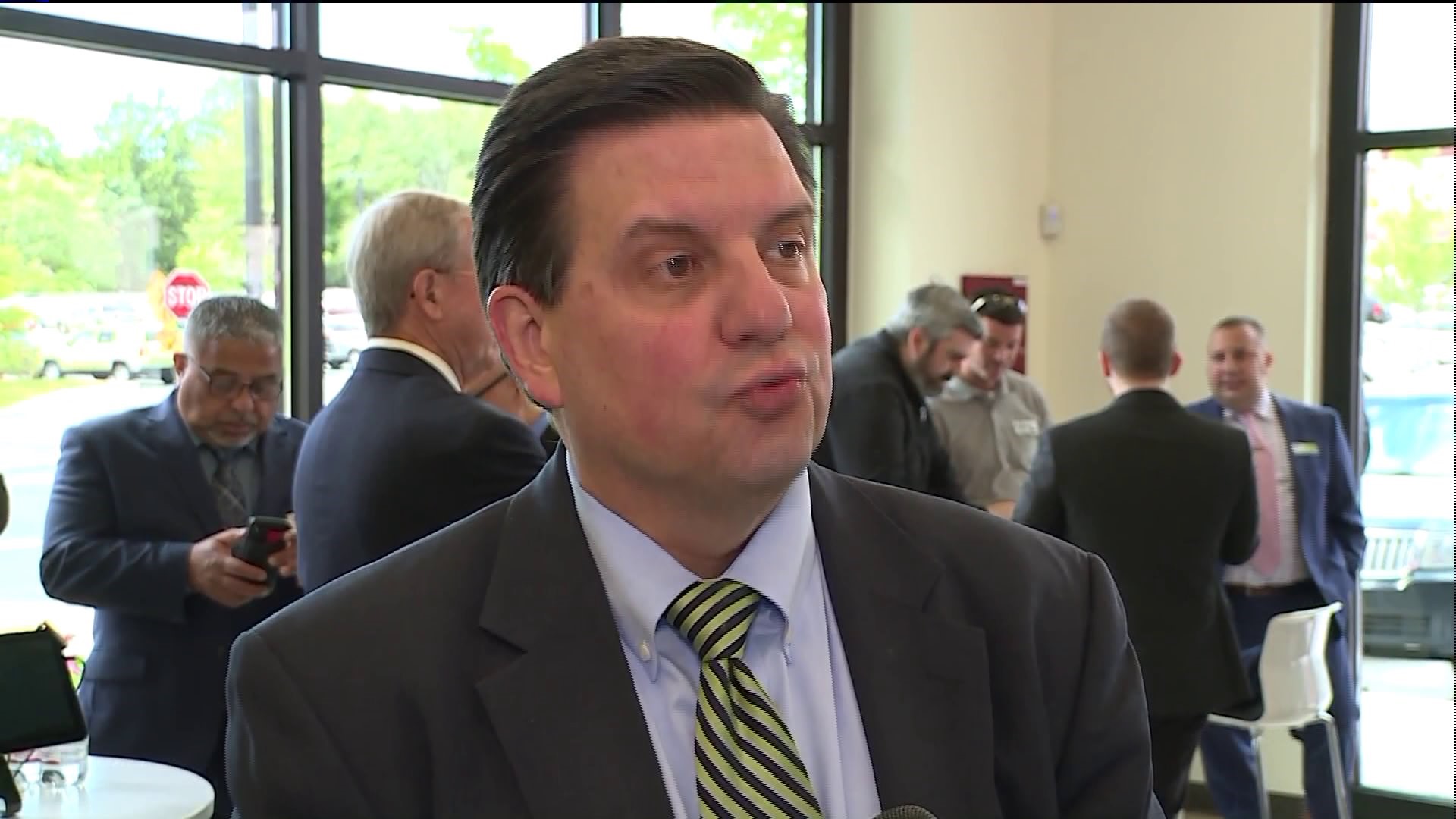 MILFORD  -– Some good news for residents in New Haven and Fairfield Counties. Wednesday, the state announced it is adding access to DMV services by opening up express locations. The first location will open for business Thursday in Milford.

Malloy called it a new approach and said he hopes to expand this model and technology, possibly to the DMV branches themselves.

The DMV Express is a partnership with Nutmeg Financial that’s being called a win-win.

John Holt is the CEO of Nutmeg State Financial.

“We still want to have people come in to talk to people about their mortgage, home equity loan and checking account and this provides us the traffic to see people to have those discussions,” said Holt.

It’s tellerless banking meets a new way to deal with the DMV. Just step up to the automated kiosk and choose between DMV Express or banking services. If you choose the DMV, you can get a license or I.D., renew it, change your name or change your address. You can scan your proof of I.D. and then select if you want to wait or schedule a time to return while the automated system holds your spot in line. They’ll send you a text and email to alert you to return. Once you are called you can head to counter and get your picture taken. The whole process takes about 7 minutes and your information is secure.

“The information on the kiosk are not stored during the transaction, they are pushed to the core banking platform, so all the information is secure as if you were at an ATM or a teller,” explained Jeff Levesque, the Executive Vice President for Nutmeg State Financial.

“We think we have regained some of that trust. We did have that issue about 3 years ago, we now own the computer code. We’ve made great strides in stabilizing it and we’re making improvements and upgrades as we speak in fact,” said DMV Commissioner Michael Bzdyra.

“The state has invested a lot of money in modernizing the DMV. When I became Governor we had not done that. In fact, we were as many as 20 years behind other states,” said Malloy.

Kiosks are also available for banking customers to cash checks, open accounts and take out loans.

You don’t have to be a member of the credit union to use the services. Although you do have to physically come in to set up the appointment. They are hoping that in a few months you can use an app to do that. Malloy said about 30 percent of the people who wait at the DMV branches can do their transaction online.

Imagine coming to and leaving the DMV in as little as 10 minutes... a new DMV express location in Milford will let you do just that.
Hear about the new service on @FOX61News this evening pic.twitter.com/VLOVJN2YiB

The following services will be provided at the location: