Opposing rallies at the Capitol tackle abortion issue, head on

HARTFORD — Two rally’s, two opposite sides of the Capitol — two differing viewpoints. People rallied both to protect a women’s right to choose and to protect cr... 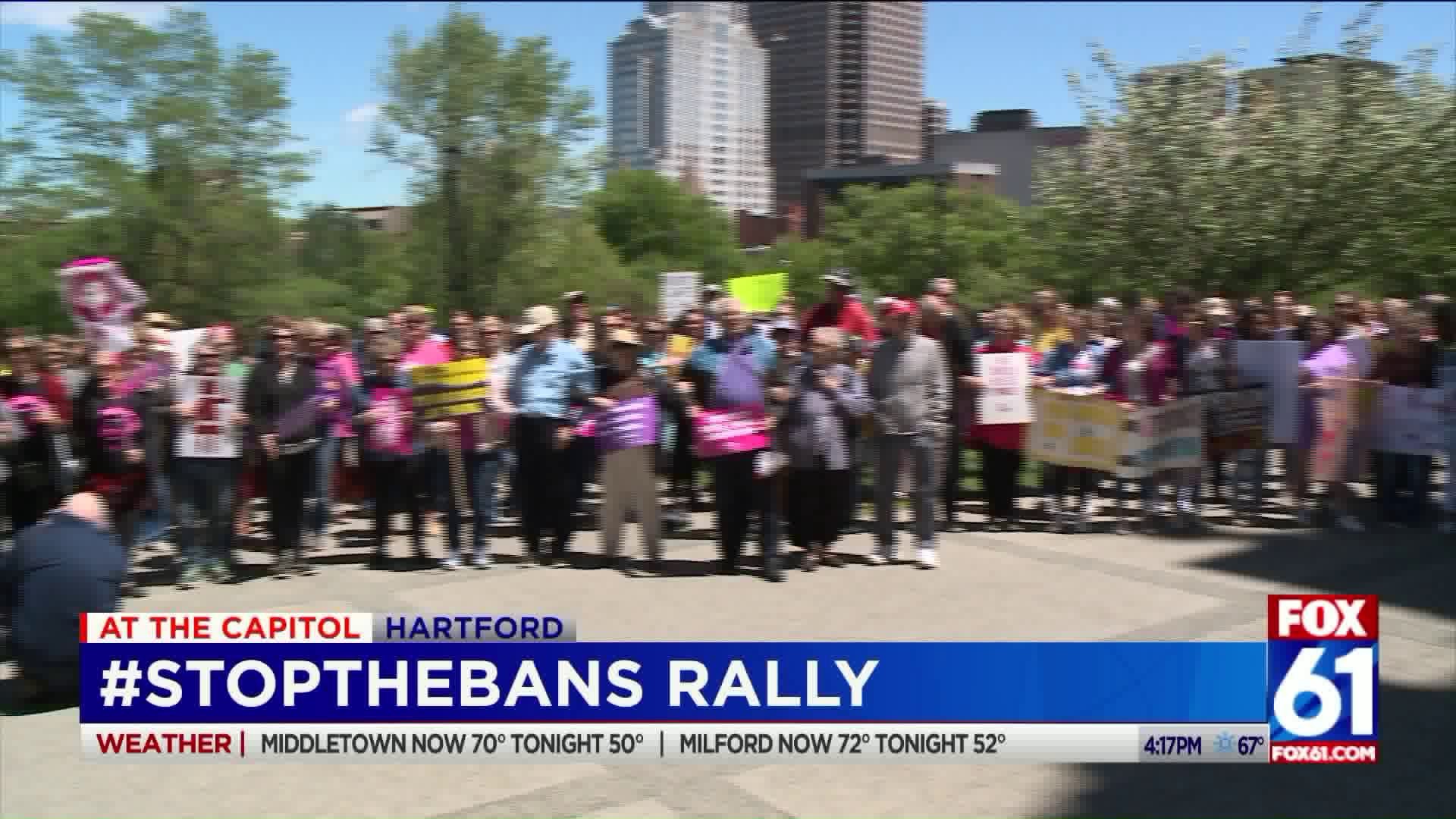 HARTFORD — Two rally’s, two opposite sides of the Capitol — two differing viewpoints. People rallied both to protect a women’s right to choose and to protect crisis pregnancy centers who counsel women against abortion. “It was an ambush,” said Secretary of State

Denise Merrill when referring to Alabama’s abortion ban. She was in Alabama just two days prior to the surprise law. The abortion ban in Alabama and other southern states has sparked outrage across the country. Attorney General William Tong said to the crowd at the Capitol. “Right now, to lock arms together. This is the firewall!”

The fight to protect a women’s right to choose landed on the Capitol lawn in Hartford. It was an offshoot of the largest #StopTheBans protest in our nation’s Capitol. Linda Nowak of New Britain said, “We need good government now! A women who is bearing a child has her life on the line and has a right to say whether or not she can continue to have her life on the line.”

Gov. Ned Lamont and Lt. Gov. Susan Bysiewicz were among those who showed up to support the cause. “We respect women’s reproductive healthcare and their right to make decisions,” said Bysiewicz.

Their appearance comes on the heels of the Governors Office sending an open letter to women owned businesses down south, encouraging them to relocate to Connecticut. “You are living in a state where they are not respecting your rights. They’re not respecting women. It’s harder for you to recruit great women in your company. Come on up to Connecticut,” the Governor said at the rally.

In Connecticut, a woman can get an abortion so long as the fetus isn’t developed enough to survive outside the body. If fact, Lawmakers debated a bill last week to make it easier to get an abortion by restricting crisis pregnancy centers who counsel women against getting abortions. Bernadette Hirst of West Hartford said, “We really do stand up for life. When you see an ultrasound of a fetus that’s moving and sucking it’s thumb, you can’t tell me it’s not human.”

The bill also claims crisis care pregnancy centers engage in deceptive marketing practices. Lisa Maloney is the President of the Connecticut Pregnancy Care Coalition. “They could not find one instance that would prove their accusations that we are putting on white lab coats,” she remarked.

The pro life Connecticut Pregnancy Care Coalition held their rally on the opposite side of the Capitol at the same time as the #StopTheBans rally. “The thing that I would really like to see changed in Connecticut is the parental notification. My heart goes out to these 14 year old girls who are making these decisions without adults who love and care for them,” said Maloney.

Critics are calling the southern state abortion bans the most restrictive laws passed since Roe V. Wade. Connecticut is one of the few states to have the provisions of Roe V. Wade codified into state law, meaning that even if abortion becomes illegal at the federal level, it would remain legal here in Connecticut.

#StopTheBans @GovNedLamont says, “We are bringing the battle to the states...this shall not stand!” @FOX61News pic.twitter.com/5lAOj3kuHA

On the other side of the issue, the Connecticut Pregnancy Care Coalition also has a big turnout for their rally in support of crisis pregnancy centers who council women against getting abortions. @FOX61News pic.twitter.com/YF1eGDdNsG

#StopTheBans rally about to get underway at the Capitol. @GovNedLamont @LGSusanB will speak in support of a women’s right to choose. @FOX61News pic.twitter.com/NSIFlicKJm