GUILFORD – A school bus crash in Guilford sent five students and their bus driver to the hospital Friday morning after a pick up truck slammed into the si... 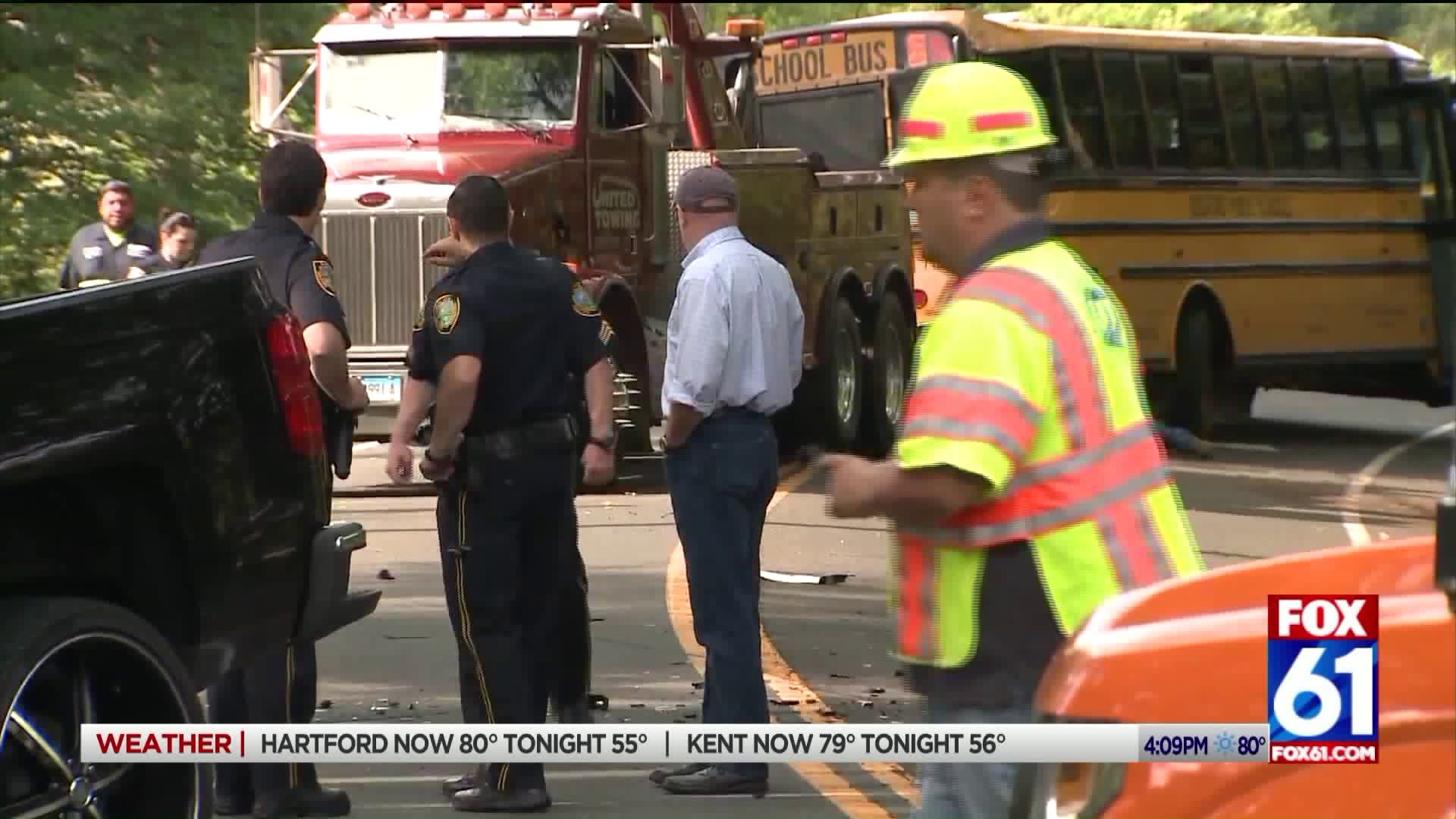 GUILFORD - A school bus crash in Guilford sent five students and their bus driver to the hospital Friday morning after a pick up truck slammed into the side of the bus.

Fortunately, nobody was seriously injured in the accident, along Route 77, at one of many potentially tricky curves in the road near Bluff Head Farm.

Police are investigating why a black pick up truck veered from the northbound lane into the southbound lane, crashing into a school bus on its way to Guilford High School.

“I didn’t know what was happening,” said Kaitlyn Vale, a student aboard the bus, in an exclusive interview with Fox 61. “I kind of got thrown to the side. I fell into the seat next to me. I know a few people like we’re kind of screaming. A lot of people in shock.”

Bus 29, carrying nine Guilford High School students, was spun sideways by this black pick up truck causing the bus to slam into a thick roadside tree.

“My neighbor’s head was bleeding,” said Kaitlyn Vale. “I know another person had glass stuck in there from the window that broke. His leg was also broken.”

“We need to interview the kids,” Guilford Police Chief Jeffrey Hutchinson said. “We have had an opportunity to interview both drivers. I believe we may have video from the school bus that might show part of it, which would be helpful in our investigation as well.”

Route 77 is a state road, but the First Selectmen of Guilford, Matthew Hoey, said soon there will be signage installed all along this road, with the goal of making it safer.

FOX61 spoke to Michael Turner, Vice President for Hartford based Specialty Transportation, who operates Guilford‘s school buses. He said he has not seen the onboard video yet, but he’s hopeful the video captures enough to be able to help police in their investigation.