GUILFORD — An unthinkable case of animal cruelty that spanned across several shoreline communities has a connection to the opioid crisis. Though the Guilf... 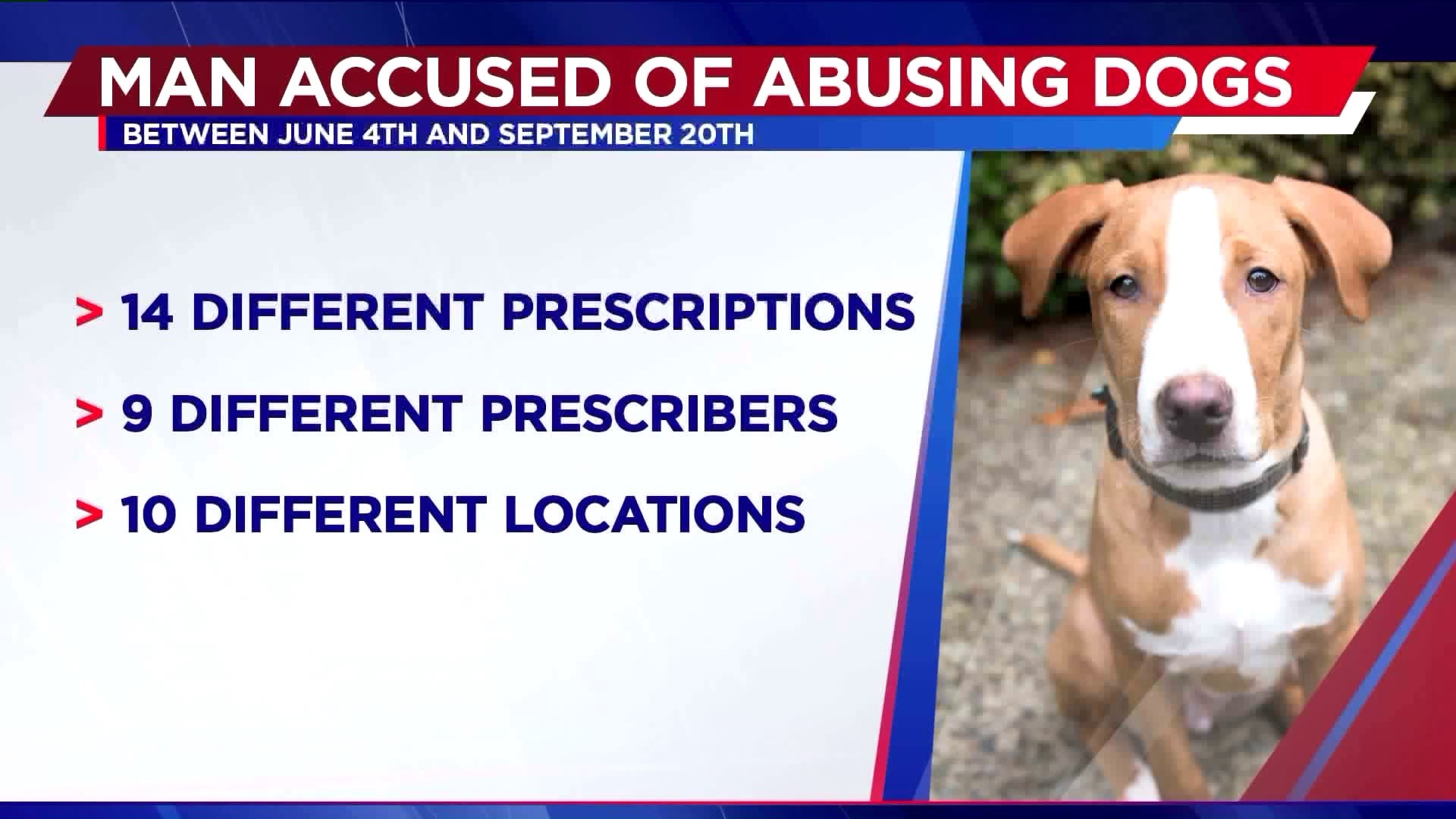 GUILFORD -- An unthinkable case of animal cruelty that spanned across several shoreline communities has a connection to the opioid crisis.

Though the Guilford Police Department is spearheading this case, it has expanded to many other parts of the state.

Police said James Cunnington, 33, of East Haven, was using his two dogs to try to help him get prescription drugs.

The dogs are now in the care of Animal Control, and Cunnington went before a judge on Friday.

“A gentleman had come in looking for some treatment for one of his dogs and looking for pain killers for that dog,” said Butch Hyatt, deputy chief of the Guilford Police Department. "The injuries were initially treated and the treatment -- either stitches or staples -- would mysteriously be removed - again intentionally or accidentally - we don’t know, and then he would again go to another veterinarian and try to get painkillers."

According to court documents, Cunnington took his dogs to various veterinary offices, each time with a different story -- even going so far as using a fake name and claiming he was from South Carolina, and that his dogs were injured evacuating from the recent storm.

"The whole fraud component of the whole thing - it makes for a good story," said Hyatt. "Taking the disaster that was occurring and what people had to deal with down south, putting it into his own fraud to create the story so that he could get those drugs."

Police said that within ten days, Cunnington visited five different vets with two different dogs. His story was usually similar in nature, and once he'd gotten the drugs, he would call later that day, saying his car was broken into and the drugs stolen.

"Our investigation found that he had done this at a number of veterinary offices and was using the drugs for his own addiction," said Hyatt.

Court records show some these instances date back to June, but most happened in September.

"It isn't new to use those kinds of drug," said Hyatt. "Many times we would see veterinary offices getting burglarized and those drugs stolen, but to go to the extent of using a dog -- that is either injured or that you’re injuring -- and to try to get drugs for yourself -- is very disturbing."

"Another component of the fraud," said Hyatt. "Again, another way to perpetuate that fraud."

The good news is that Hyatt said the dogs are in good condition today, and that they have been treated.

Cunnington is out of police custody on a promise to appear in court on November 19.