HADDAM – In January, it was ice jams that concerned the folks of Haddam. Now, it’s jammed phone lines at Town Hall as a result of a member of the Bo... 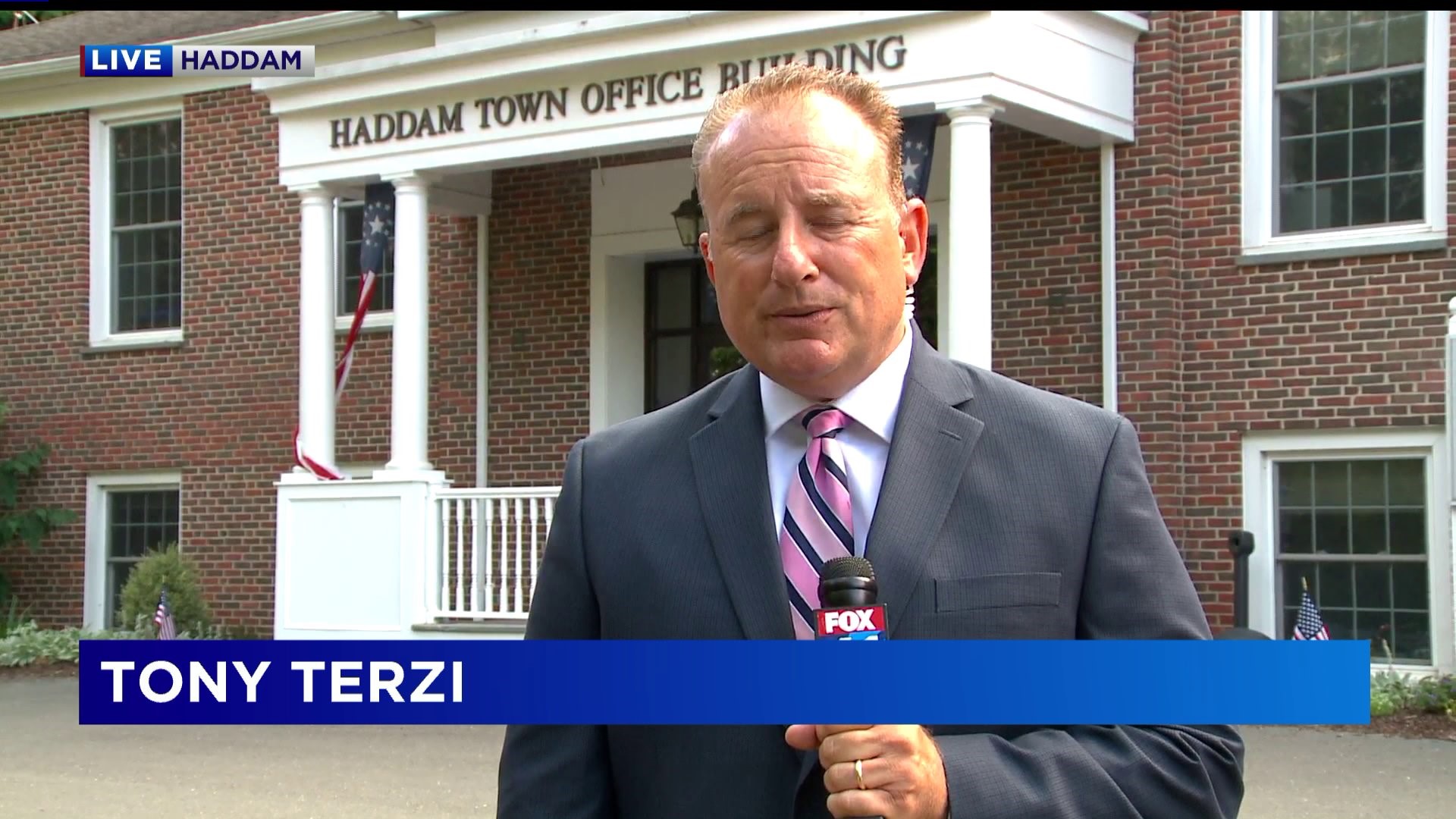 HADDAM - In January, it was ice jams that concerned the folks of Haddam. Now, it's jammed phone lines at Town Hall as a result of a member of the Board of Selectman taking a knee during the Pledge of Allegiance last week.

Haddam Selectwoman Melissa Schlag, a Democrat, said, while last Monday was the first time she had ever knelt during the Pledge of Allegiance, she sees no issue with her chosen method of protesting President Donald J. Trump.

"The Pledge of Allegiance doesn’t have anything to do with the flag, in my opinion," said Schlag, in a phone interview with FOX61. "I believe in our country. I love our flag and the United States of America."

But since the story went public Monday morning, the Haddam First Selectman's voicemail has been filling up.

"We were coming tonight to one of the restaurants there, but we just canceled and we will not be coming to that area until this matter is resolved," said one of the messages, left by a caller, who identified himself as a veteran.

"That just breaks my heart and why should those business owners, who have done nothing, be punished because of an act for attention," said First Selectman Lizz Milardo, a Republican.

"We’re driving away a person who doesn’t want to come here for dinner," said Lori Maggi, of the Haddam Economic Development Commission and Co-Owner of the Fireworks Store and More. "Who’s going to want to open a business? Who’s gonna wanna move into town and put their children through school system?"

It's not Selectman Schlag's first flag controversy. When she held the position of First Selectman, from 2013-2015, she had both the United States and Connecticut flags removed from her office. But, she has a legitimate reason, she said.

"Both flags were taken down because I rearranged the furniture and I put a bookcase where the flags were," Schlag explained.

The Selectman standing behind Schlag when she took a knee, in protest of President Trump, was stunned.

"I’m 58-years-old and this is the first time I have ever messed up the Pledge of Allegiance," said Selectman Larry Maggi, a Republican. "I looked down and it was like I couldn’t believe it."

"It just seems like the National Anthem and the Pledge of Allegiance those are just really patriotic things," said Cindy Novak of East Haddam.

"What the people have done, Colin Kaepernick and people, I fully support what they stand for and are saying," said Bill Stumpf of Chester, who says President Trump is "doing much more to divide people than bring people together."

Bob Kadrle, a veteran from Haddam, had a different take.

"Go kneel in front of the store down on the main thoroughfare, with a couple of signs that say why you’re kneeling."

Larry Maggi, who is Co-Owner of the Fireworks Store and More, said he wants to restore Haddam's good name.

And his business is going to help.

Just as town hall was about to close for the day Tuesday, the first selectman's assistant took another phone call. It was a veteran promising that he and other veterans would be showing up for the next Board of Selectmen meeting next Monday, July 30. The meeting has been moved to the local firehouse to accommodate an expected large crowd.

The other public figure in town, who takes a knee during the Pledge of Allegiance in school meetings, is Board of Education member Maura Wallin, a Republican, who, like Schlag, is no fan of President Trump, but said she takes a knee in protest of our criminal justice system, which she believes singles out minorities.