HARTFORD — The former associate athletic director for University of Saint Joseph has filed a lawsuit against the school for sexual harassment and discrimi... 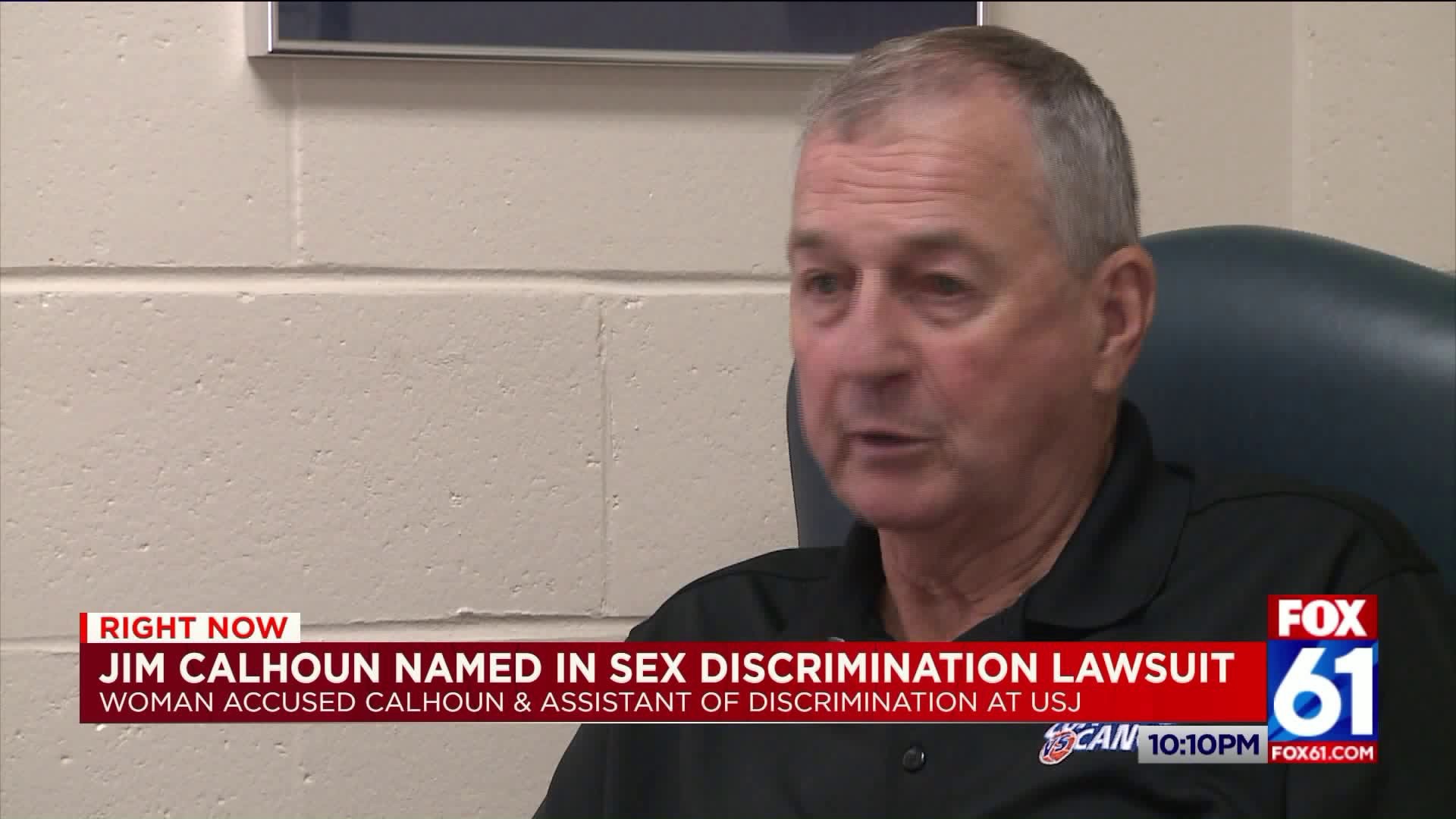 HARTFORD -- The former associate athletic director for University of Saint Joseph has filed a lawsuit against the school for sexual harassment and discrimination according to a lawsuit filed Wednesday.

Jaclyn Piscitelli, who was fired from her position as associate athletic director in June, accused the school of fostering a "boy's club" atmosphere and that she was mistreated in her role.

Piscitelli claimed that when the school went co-ed in the Fall of 2018 and started offering men's athletic programs, the atmosphere in the athletic offices changed. The school hired former University of Connecticut men's basketball coach Jim Calhoun to coach the men's basketball team at University of St. Joseph . She alleges mistreatment including having to go from a private office to sharing an office, which became a problem when she had to hold confidential phone calls with the NCAA. She said the school gave Calhoun and his team preferential treatment by diverting resources from women’s sports.

Piscitelli described one incident where Cahoun knocked over a "number of  K-Cups onto the floor and stepped on them, creating a mess of coffee grounds and packaging on the floor and made Plaintiff clean them up, stating that if he made such a mess at home, his wife would clean up after him. [Athletic Director Bill] Cardarelli further asked Plaintiff, who Cardarelli was aware is not married, whether she would clean up after her husband in similar circumstances."

She said on another occasion, Calhoun said to her, “Well, you’re certainly hot” which she took to mean physically or sexually attractive.

Piscitelli said she was treated less favorably than Josh Ingham, who held the position of Sports Information. She claims Ingham was given a support staff while she was denied a support staff.

She said the during the 2018-2019 academic year, Ingham regularly failed to write and post post-game stories related to women’s sports in a timely manner, giving priority to men’s sports. Though Defendant’s administration was aware of this, no action was taken against Ingham.

Piscitelli said in the suit, "Beginning in fall 2018, Plaintiff’s male co-workers would frequently leave work to play golf with Calhoun during the workday, while Plaintiff remained at the office."

She said she was terminated on June 21, and was told the department was going in a different direction and the school has since hired a man to her former position.

The school issued a statement that said, "The University of Saint Joseph takes compliance with all matters relating to Title IX very seriously. The University does not comment on pending litigation."