HAMDEN – A blood drive in Hamden Friday was a special “thank you“ from a young woman, whose lupus became life-threatening. But then, she was rescued by so... 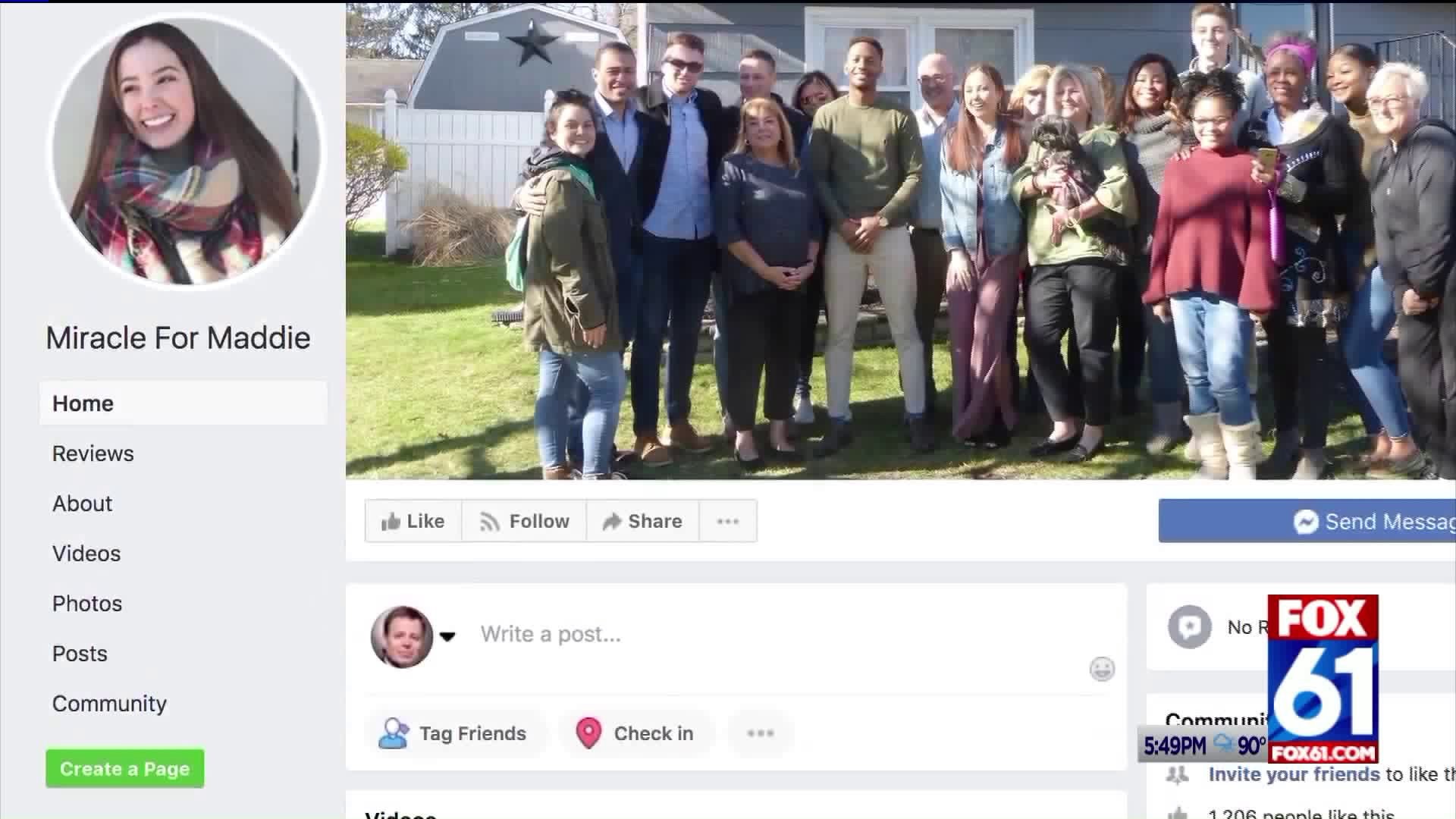 HAMDEN - A blood drive in Hamden Friday was a special “thank you“ from a young woman, whose lupus became life-threatening. But then, she was rescued by someone she didn’t even know.

People were lending a hand and a vein in honor of Madison Ricci, 20, who has relied on the Red Cross due to a serious liver condition.

“Autoimmune hepatitis, which causes cirrhosis of the liver,” said Ricci. “So, it makes it hard. You know, the blood can’t pass through and you ultimately need a transplant.”

Her mom created the “Miracle for Maddie” Facebook page, to help her find a suitable donor That took a year. Jaelin Highsmith, a stranger, was her miracle match.

“It was about four months in total worth of testing,” said Highsmith, of Meriden. “Lots of blood work, MRIs, CAT scans, heart tests.”

Finally, last December 11, the liver transplant surgery took place. Hi Smith says the portion of his liver he donated re-generated in only about three weeks.

He says every time he sees Maddie, it makes him feel good to know he could help.

One of the reasons Maddie and Jaelin really wanted to hold this blood drive is because blood transfusions were such an important part of their process. And they realize that summer blood collection is traditionally low.

“A lot of the places where we would normally collect blood, high schools and colleges, have reduced hours so we don’t have those,” said Kelly Isenor, spokesperson for the American Red Cross in both Massachusetts and Connecticut.

This story truly a “Miracle for Maddie” when you consider there is only a 5% chance of finding a liver match.

Maddie will resume her college studies as a sophomore in the fall at the University of Tampa.