HAMDEN — In the wake of an officer involved shooting in New Haven April 16, daily protests have called for the arrests and firing of the two officers invo... 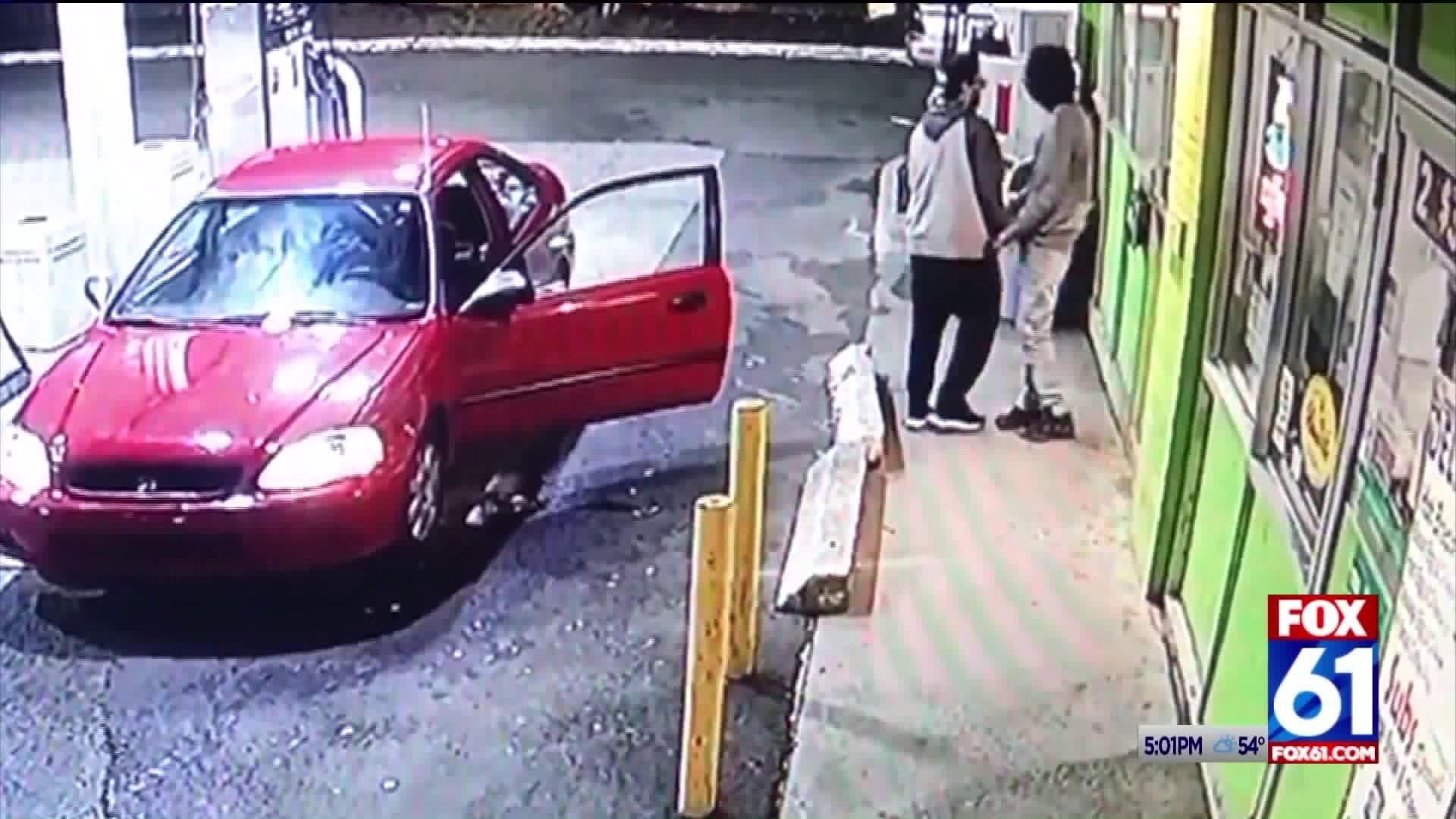 HAMDEN -- In the wake of an officer involved shooting in New Haven April 16, daily protests have called for the arrests and firing of the two officers involved. Now, after the release of surveillance video from the Hamden convenience store, where the incident started, some are calling for a store clerk to be arrested and fired .

Paul Witherspoon, 21, the driver of the red Honda Civic that Hamden officer Devin Eaton and Yale officer Terrance Pollock riddled with at least 16 bullets, had been a regular customer of the Go On convenience store and gas station in Hamden. But, after how he was portrayed by a store clerk, he will be a customer no more.

"There’s nothing in that video that lines up with the 911 (call)," said Rodney Williams, who is Witherspoon's uncle.

After multiple requests, surveillance video, from the morning of April 16, was released to Fox 61 Wednesday by the store's owner.

The four minute video first shows a New Haven Register delivery man approaching the front of the store as Witherspoon is standing next to the drawer that is used to pass merchandise and money during overnight hours, as a security measure.

Less than a minute later, after walking back to his own car, Witherspoon could be seen pointing at the store clerk and saying something.  He then got in his car  and drove away, with his girlfriend, Stephanie Washington, 22, in the passenger seat. But, then Witherspoon immediately pulled back into the parking lot and pulled up in the same spot in front of the store, and opened his door, but never exited the car.

It was after he returned to the lot that the store owner says the clerk decided to call 911.

DISPATCH: 911, where is your emergency?

DISPATCH: OK, what's going on there.

CALLER: Uh, I have my delivery for the newspaper. Uh, somebody, who delivered my newspaper and I have, like, a, a regular customer driving a red car license plate AK63322 long dreads parking here, long dreads. He pulled a gun at the guy who delivered the paper here in Hamden. It's clear he was asking for money outside, outside a gas station.

The one thing that is visually clear in the surveillance video provided is that Witherspoon never pulled a gun on the newspaper delivery man. And it's that put police on high alert.

"We don’t need people like this in our community making accusations like they did that almost cost the lives of two young, black people in our community," said Rodney Williams, who says the clerk should be arrested.

Moments after the 911 call from the store clerk, the Hamden officer and Yale cop cornered the car just over a mile away, in New Haven, on Argyle St., where it intersects Dixwell Ave. That's when  Eaton and pollock combined to fire on the car. Washington sustained a gunshot wound to her torso and suffered facial injuries.

Wiliiams said it is his belief that, if the newspaper delivery man indeed had a gun pulled on him or was robbed, he too would have called 911.

He called for people to boycott the store and gas station.

A man who answered the Go On gas station's phone on Thursday said that the clerk who called 9-1-1 no longer works there.