Hamden Mayor: ‘I have seen enough to say that I don’t think Officer Eaton should be a Hamden police officer’ 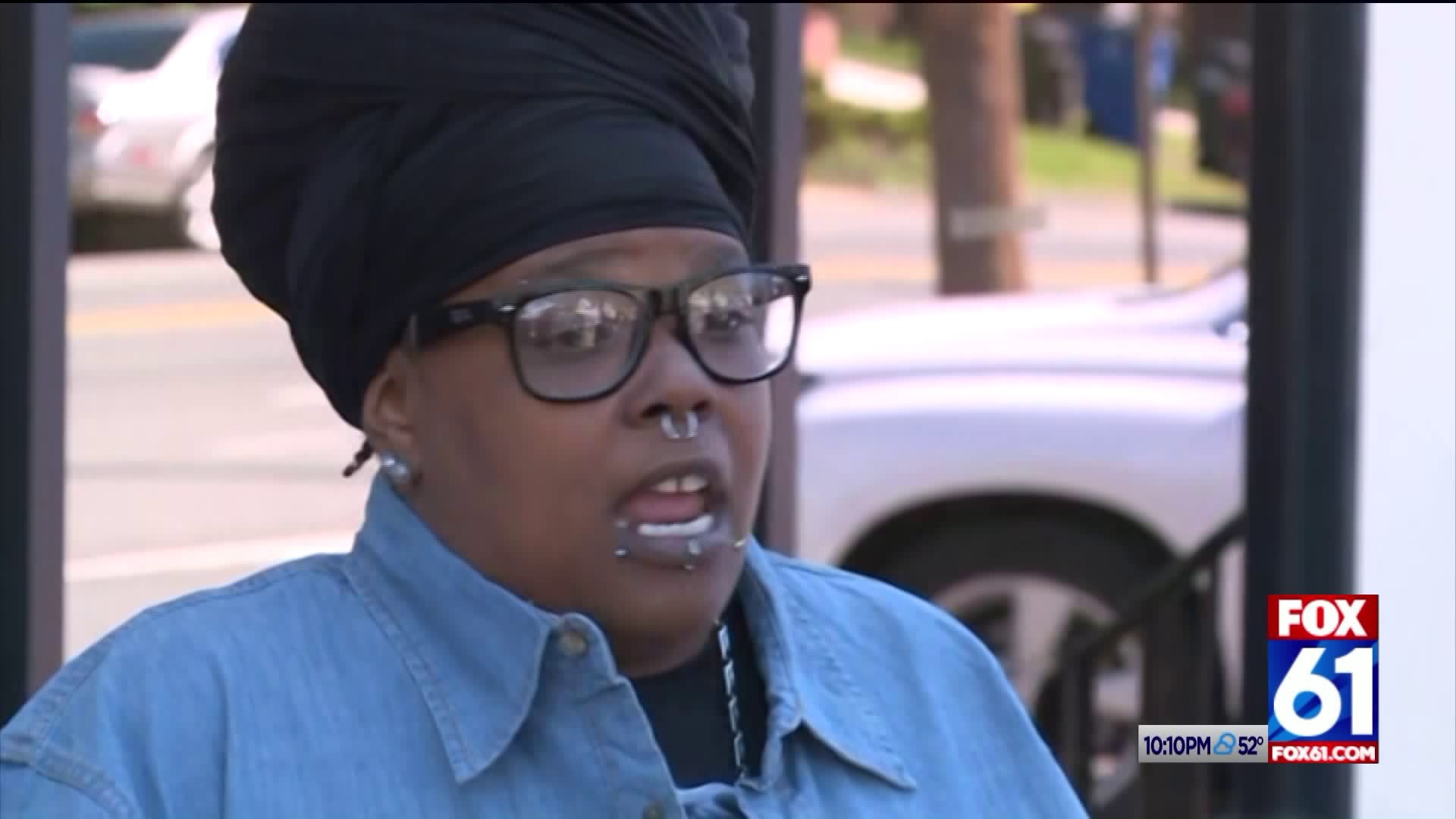 Paul Witherspoon was not harmed but his girlfriend, Stephanie Washington, was struck by gunfire and is still recovering from her injuries. But weeks later, community activists are not slowing down.

Monday afternoon, dozens of them marched from Hamden Public Library to Mayor Leng's office, demanding swift action and the immediate termination of Eaton.

"We are here to see the mayor!" the group shouted as it crowded into the building. "If we don't get it, shut it down!"

Mayor Leng responded to reporters once his office cleared out.

“I have seen enough to say that I don’t think Officer Eaton should be a Hamden police officer any longer," said Leng.

"This process has to play out the right way," he added.

This whole scene played out just hours after Keisha Greene spoke publicly for the first time since her son Paul Witherspoon was shot at by police.

“Paul is doing the best he can," said Greene. “I’ve always had this worry and I never thought it would happen to me.”

The group of protesters refuses to rest, planning to rally again Tuesday at 6 p.m.