NEW HAVEN – The Hamden police officer, who shot multiple times at a car suspected of being involved in an alleged armed robbery attempt, has been identifi... 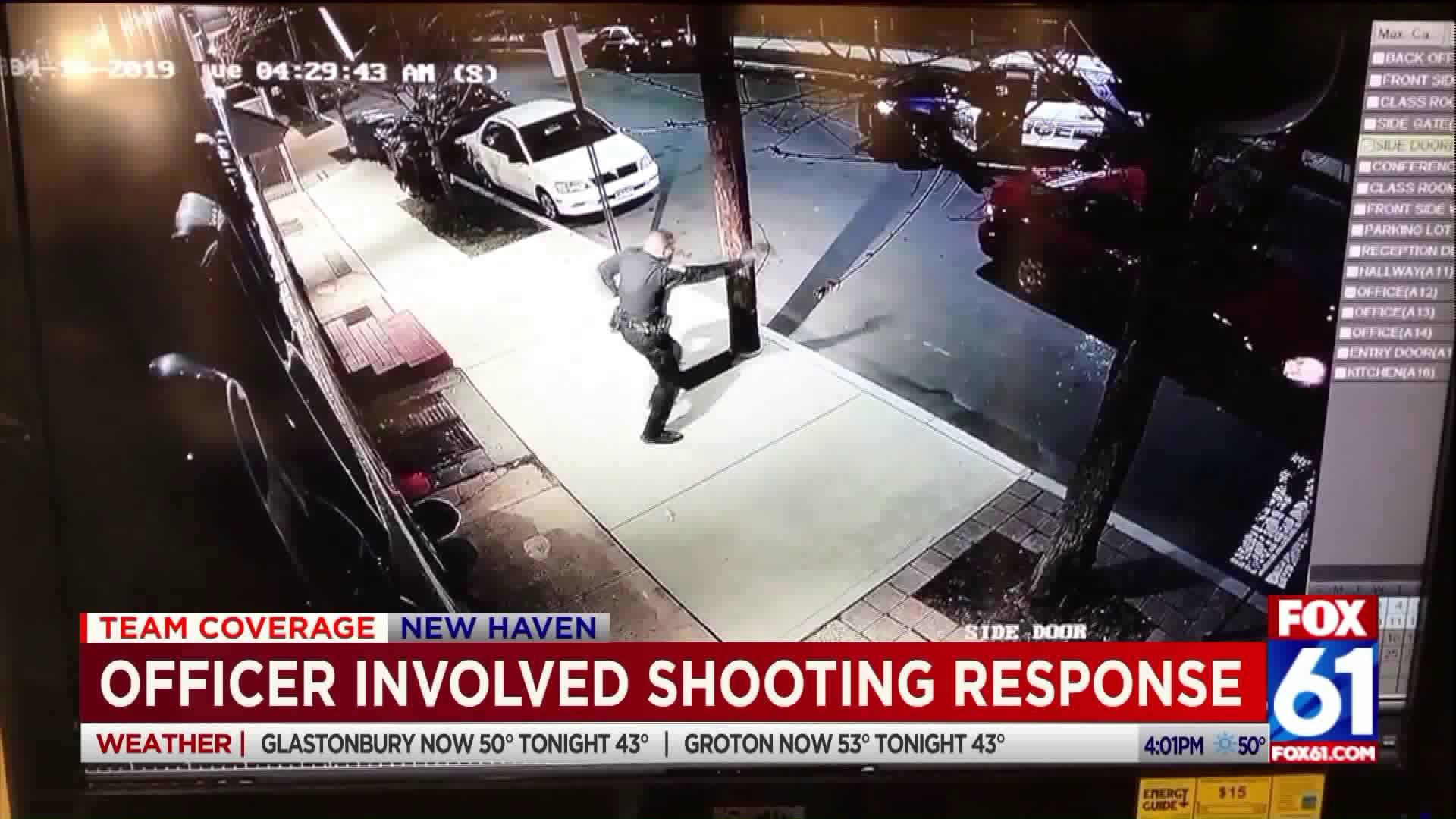 NEW HAVEN - The Hamden police officer, who shot multiple times at a car suspected of being involved in an alleged armed robbery attempt, has been identified.

Devin Eaton, who has been a Hamden officer for nearly 3 years, has been placed on desk duty pending the outcome of the Connecticut State Police investigation into Tuesday’s shooting, which also involved a Yale University officer, whose name has not been made public.

There have been no arrests. 21-year-old Paul Witherspoon III, the driver of the Honda Civic that was shot at, was released and on charge by police Tuesday afternoon. His passenger, and girlfriend, 22-year-old Stephanie Washington, is recovering.

“I just want you to know how troubled, concerned and frankly outraged I am by yesterday shooting,” said Mayor Toni N. Harp (D-New Haven).

Harp says she’s met with the leaders from both communities and told them this will not happen again.

“Going forward, police activity that spills over into New Haven must be standardize and memorialized so that while it is common and perfectly legal it is also conducted in a manner consistent with the guidelines that apply to New Haven police personnel,” Harp added.

Because it is an officer involved shooting, the States Attorney's office has asked the State Police to assume the entire investigation. Bottom line: the community wants the officers involved fired and wants dash cam and body cam video released immediately.

“We discussed that with the States Attorney today and we are willing to release whatever video or audio is not pertinent to the investigation that would take the investigation,” said Mayor Curt Leng (D-Hamden)

But, it won’t be immediate. It will likely be a couple of days before portions of these tapes are released.

And Hamden says their department will establish much better communication with New Haven police moving forward.

“We will start attending the management meetings,” said Hamden Acting Police Chief John Cappiello. “My officers will be more visible at the Intel meetings and the comp stat meetings that New Haven holds weekly and daily."

Yale University Police Chief Ronnell Higgins was not part of this afternoon‘s press briefing because he was with his daughter, who is gravely ill, according to Mayor Harp.

The officials acknowledged there is no policy that prevents police from pursuing suspects from one jurisdiction into another, but, they say, it is common courtesy to radio ahead.