Hartford ceremony reminds us Memorial Day is about more than barbecues

HARTFORD — Memorial Day is a time when many of us fire up the grill or head to a parade. But on Friday, a ceremony outside the state armory in Hartford was a re... 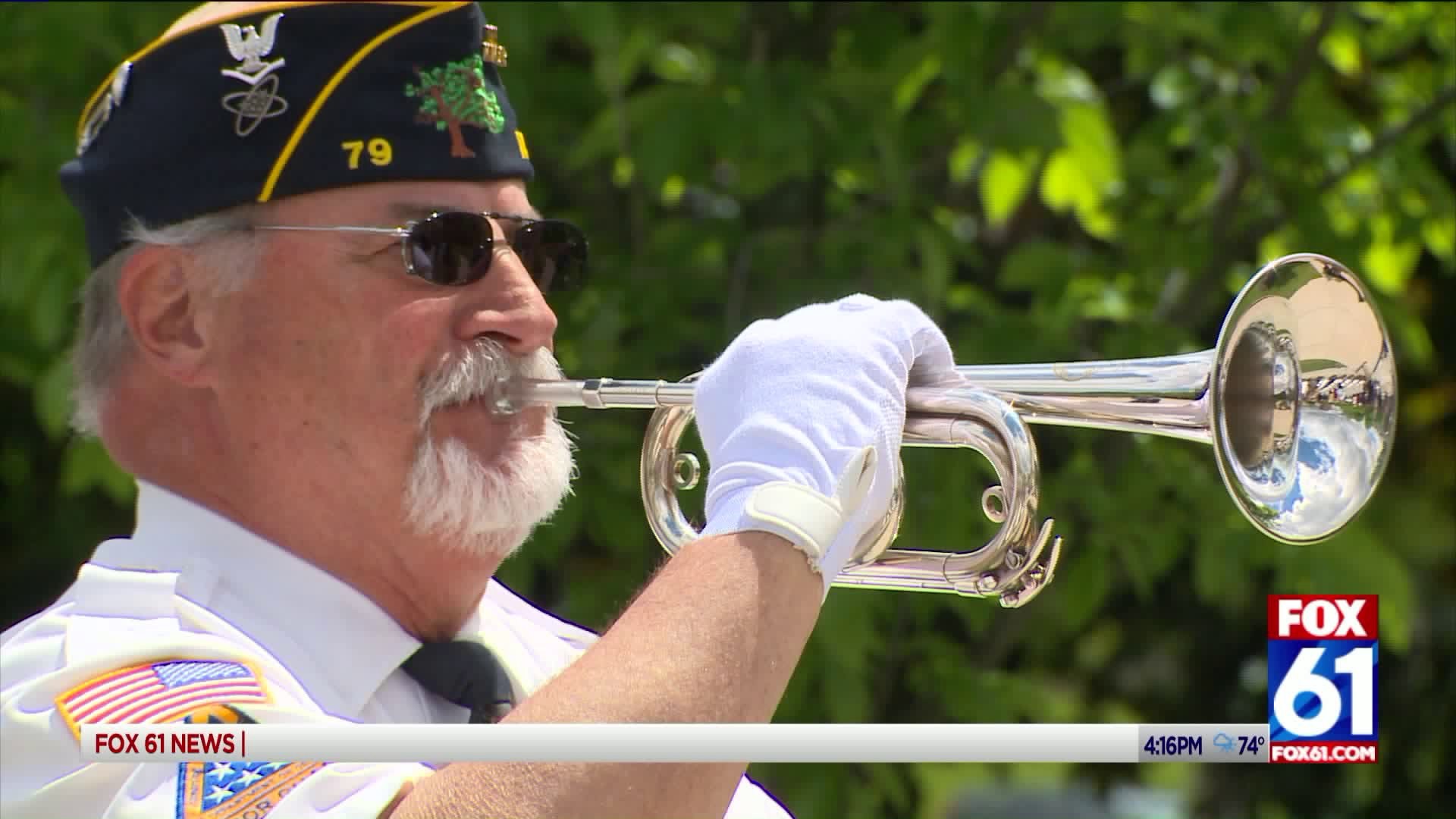 HARTFORD — Memorial Day is a time when many of us fire up the grill or head to a parade. But on Friday, a ceremony outside the state armory in Hartford was a reminder for us all to reflect on the meaning behind the day off from work.

Against the backdrop of a blue sky waived the Red, White and Blue. “Sometimes people don’t understand the sacrifices that the veterans made,” remarked James Shelmerdine, a Korean War Veteran from East Hartford fought for those colors. “Well they call it the forgotten war. My license plate says forgotten.” He’s one of the many war heroes we honor on Memorial Day weekend.

The Connecticut State Veterans Memorial was the platform Friday for a moving ceremony that included Connecticut Gold Star Mom Sharon Eaton. Her son, Staff Sergeant Rick Eaton died from a heat related condition in Iraq. “This happened after a day long firefight in the city of Keat Iraq. Temperatures in the Sunni Triangle that day were well over 120 degrees,” Eaton remarked.

Originally called Decoration Day, Memorial Day, as it’s called now, has been celebrated since the Civil War. “And soon there after Memorial Day was being celebrated in the North and South and 50 years later we celebrated Memorial Day as a nation and we remember what it means to be a nation,” said Gov. Ned Lamont.

It was declared a federal holiday in 1971. Friday’s ceremony was attended by a grade school class, members of the National Guard, the Patriot Guard Riders and many others. If you’d like to check out the State Veterans Memorial Park, the open air monument is a great place to reflect. It is located next to the Legislative Office Building and the State Armory on the corner of Capitol and Broad Streets in Hartford.