HARTFORD – With the weekend upon us, many of us have plans to be outdoors, but it is important for everyone to take care of themselves in the heat. Tens of thou... 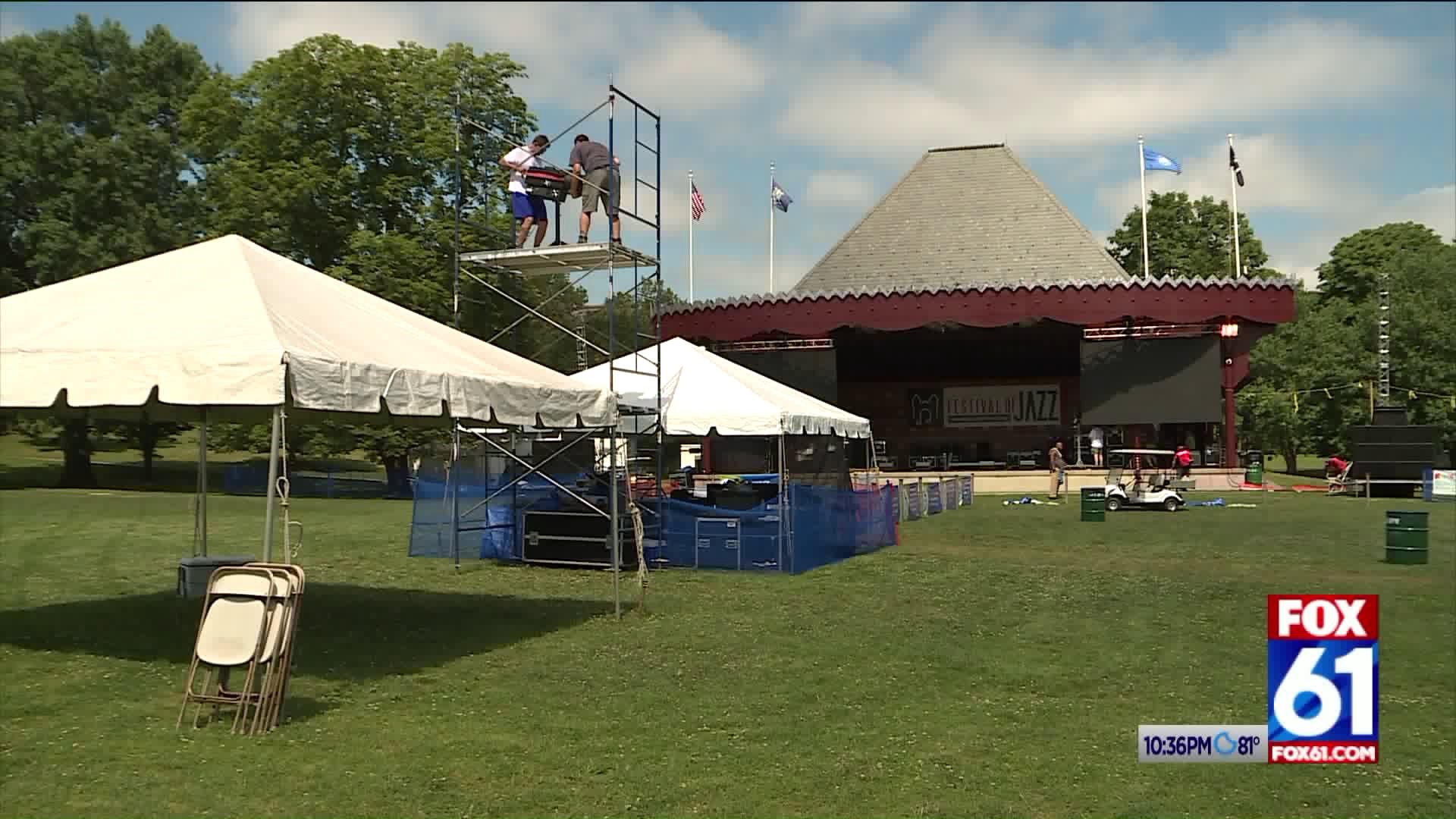 HARTFORD – With the weekend upon us, many of us have plans to be outdoors, but it is important for everyone to take care of themselves in the heat.

Tens of thousands of people are expected to flood the City of Hartford with all the exciting events that happened Friday.

“You want to have fun but you also want to be smart,” said Christine Hahn of Cromwell.

The City of Hartford was filled with a whole lot of hustle and bustle as people near and far traveled for the greater Hartford Jazz Festival.

“We got people that already checked in to the hotel - New York, Florida, California,” said Charles Christie of the Greater Hartford Jazz Festival.

The festival is a weekend-long event that is expected to see close to 70-thousand people.

At the Xfinity Theatre, tailgaters were seen beating the long lines of traffic early and getting ready to put on their cowboy hats and boots for the Florida Georgia Line concert.

“I like it hot so no, I think this is great,” said Dawn Cannatelli of Wallingford.

The theatre put a hot weather protocol in place. There were misting tents, free water stations and first responders in place just in case.

“I’m not a fan of the heat but I`ll make it work. Just drink plenty of water, just keep an eye on everybody and everybody will be fine,” said John Christensen of Wallingford.

“We know to bring water because that's what I do. I do work outside landscaping and so I`ve been drinking water all day. I`ve been getting ready for the concert. I knew the concert was today so I`ve been telling everyone who`s coming with me to drink a bunch of water,” said Richard Kossakosky of Windsor.

For children and parents who just want to have a relaxing day at the park, the pool and splash pads will be open.

“Our pools and our splash pads are also a great place to go this weekend but again, keep in mind just because you`re in the water you feel cool that sun is still hitting you so being hydrated is critically important during this time,” said Liany Arroyo, director of Health and Human Services.

Temperatures are expected to be near or above 100 degrees through Sunday. If you do not have an air conditioner, click here for a list of cooling centers.

“If you don't own an air conditioner, call 211. You can find your nearest cooling center. Drink lots of water!” said added Hahn.