HARTFORD — The Class family is in need of a bigger kitchen table now that this Hartford father finally rescued his two sons from Puerto Rico. The moment h... 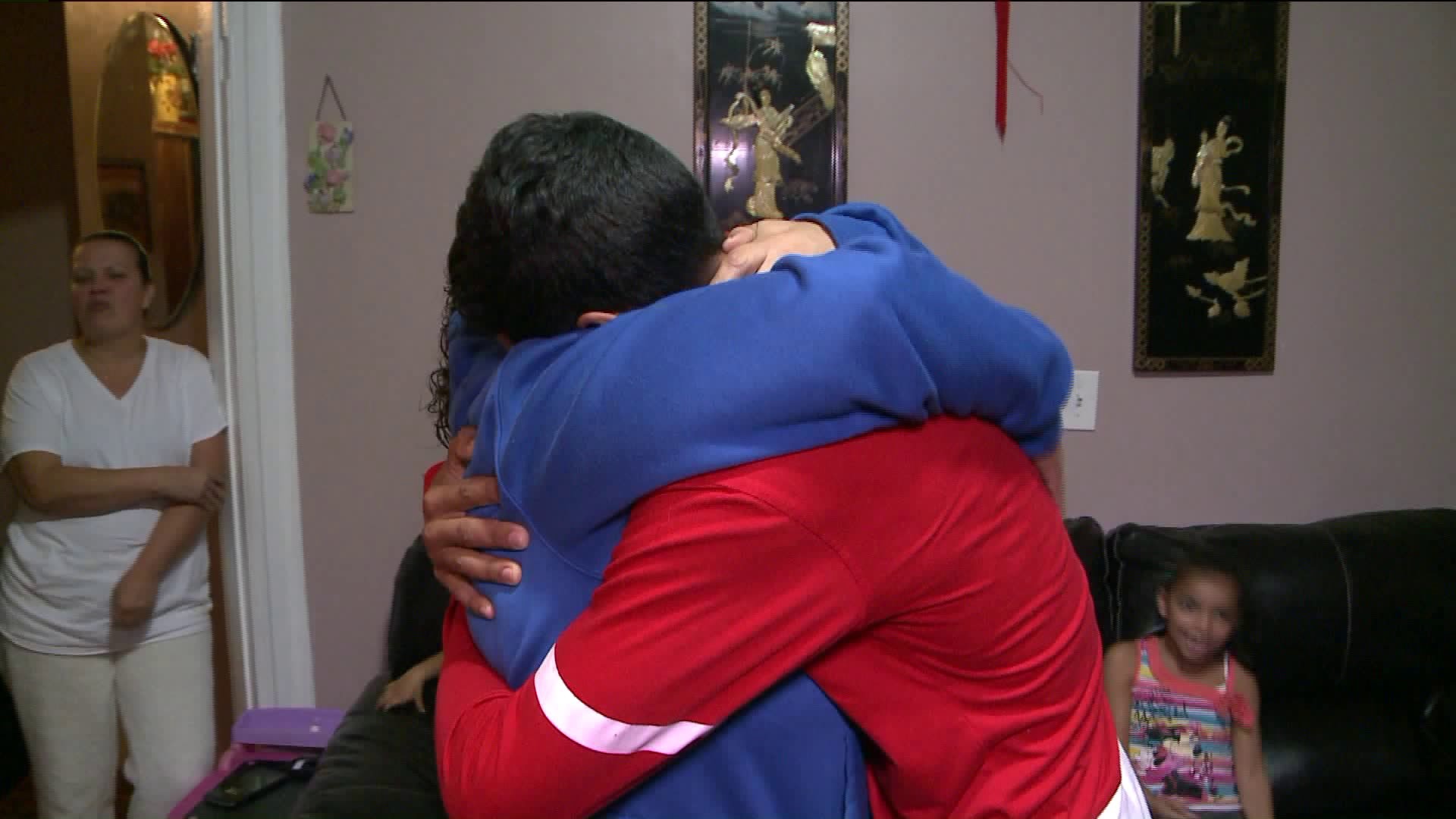 HARTFORD -- The Class family is in need of a bigger kitchen table now that this Hartford father finally rescued his two sons from Puerto Rico. The moment had been weeks in the making.

Guillermo Class initially took to social media, pleading for helping in finding his two sons. After Hurricane Maria made landfall in late September, weeks went by without any word from them. They lived on the island with their mother.

Class says when he finally got in touch with his sons, he realized just how dangerous the situation was on the island. They were still without power, food, and water. "I couldn't believe it," Class said, "It's still really, really bad."

Guillermo had come up with a way to get his kids to the mainland. He recently had open heart surgery and was unemployed. Class therefore decided to sell his truck to the highest bidder.

He got about $1,700 for the truck, just enough money to buy plane tickets to fly down, pick up his boys, and then bring them back.

When they finally got home Monday evening, the hugs were everlasting.

Class says their mother is staying behind to take care of her father who was hurt during the hurricane.

In the meantime, Class is working on getting his two boys back in the classroom and other support to remain in Connecticut.

Class says there's no way they can return to Puerto Rico.