HARTFORD  — The candidates that are hoping to be Hartford’s next mayor took part in a forum Tuesday evening, but one key candidate was absent. The A... 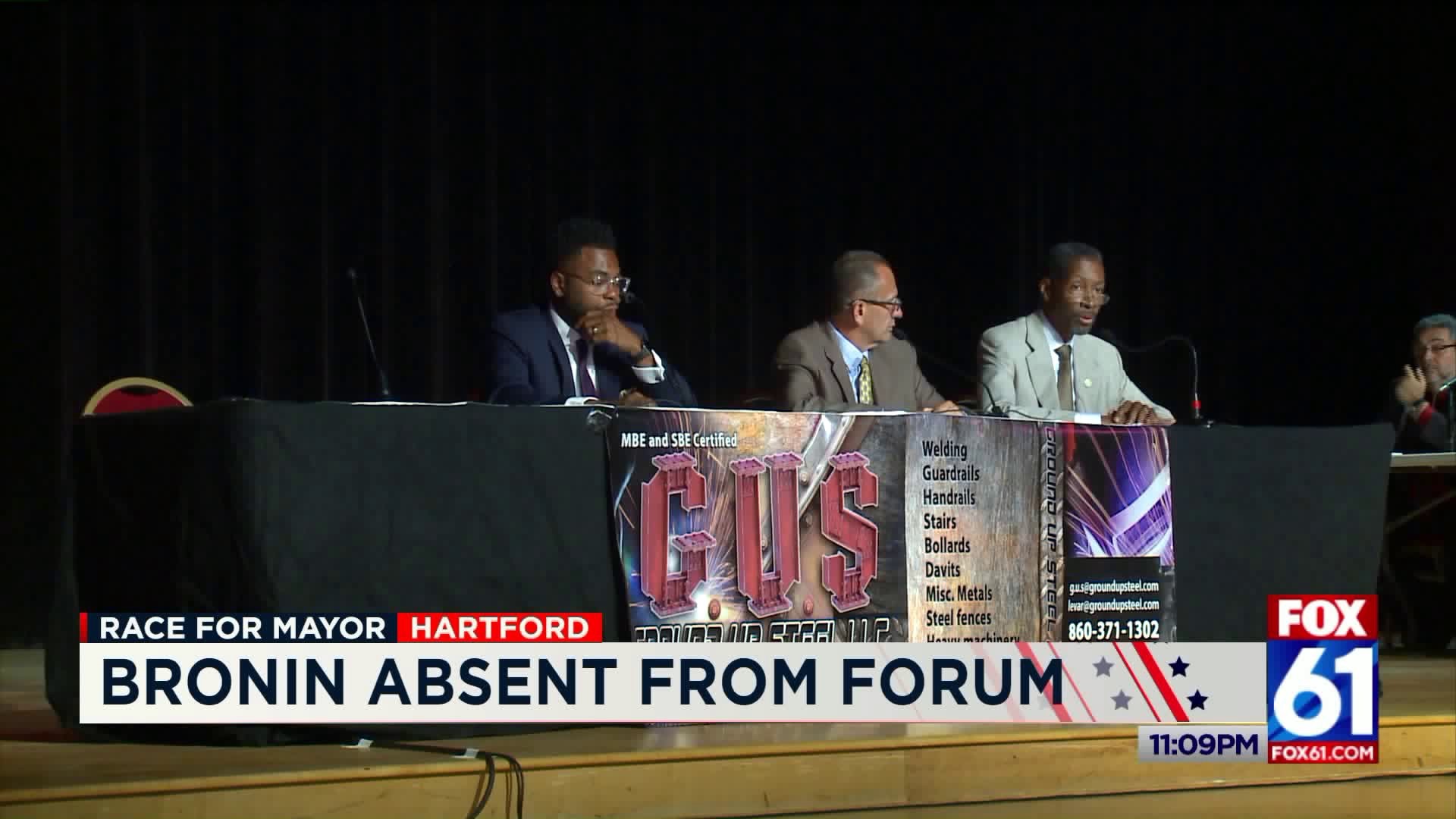 HARTFORD  -- The candidates that are hoping to be Hartford's next mayor took part in a forum Tuesday evening, but one key candidate was absent.

The Artists Collective hosted the forum. Each candidate had the opportunity to answer topics of concern as well as address questions from the public. One of the biggest talkers of the debate was the serious opioid epidemic in Hartford and what can be done to get rid of the ongoing issue. Candidates also talked about how they would better the education system and create more job growth down the road.

Candidates also talked about how they would better the education system and create more job growth down the road:

"Under the McGee administration, I would work alongside community advocates, our health and human services department here in the city of Hartford, and identify federal dollars for many of the organizations that are providing this support," said Democratic State Representative Brandon McGee.

"We need to have a comprehensive approach that includes private health. We have a public health issue, and we need to treat it as such, not just as a criminal justice issue," said TV entrepreneur Stan McCauley who is a Democrat.

"Hartford is a unique small community and we make like we're going to have something come down from the heavens to solve problems that we create ourselves," said Democratic Former Hartford Mayor Eddie Perez.

Mayor Luke Bronin was noticeably absent from the debate. FOX61 was able to catch up with him while he was door-knocking in the North End and he explained why he did not participate.

"This is a debate that I think has been poorly organized from the start. I was prepared to do it, and then yesterday, we found out that [the forum's] main news sponsor and the moderator, Dennis House, pulled out because they had concerns. At that point, a week before an election, I think my time's better spent talking directly to the voters," said Mayor Luke Bronin.