BRIDGEPORT — Gwen Samuel has a message for all of us. “We’re using the color of their skin to determine who gets an education. We can’t ... 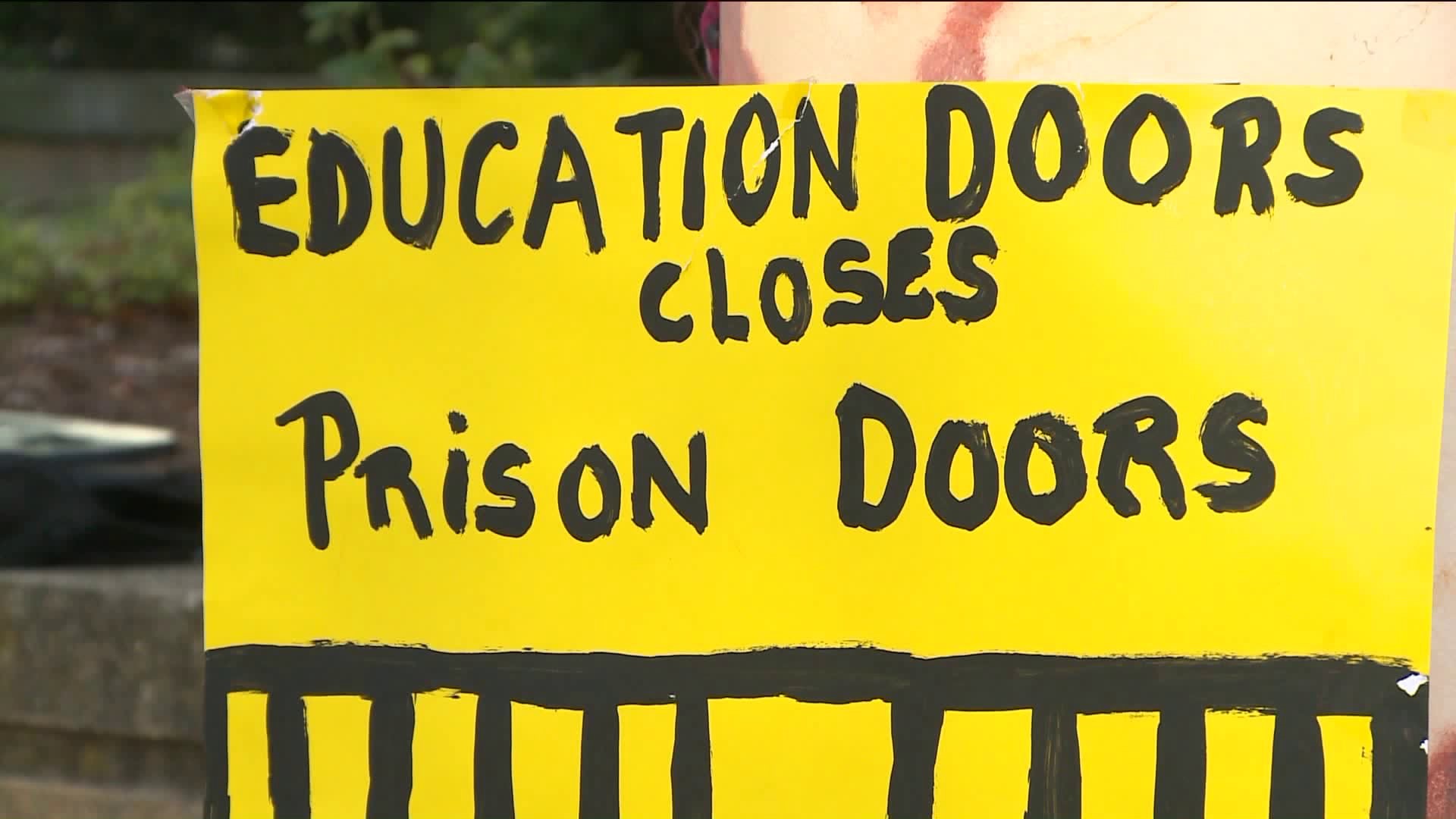 BRIDGEPORT -- Gwen Samuel has a message for all of us.

"We're using the color of their skin to determine who gets an education. We can't go back in time," said Samuel.

She's the founder of the Connecticut Parent's Union which is a community organization that works to preserve the educational rights of children.

Her and a group of other community members stood outside the Federal Court in Bridgeport Tuesday afternoon to hold a demonstration highlighting the first day of the Robinson v. Wentzell court case.

The case deals with the effects of the 1996 Connecticut Supreme Court decision in Sheff v O'Neill.

In that decision, the court held that radical segregation in Hartford schools violated the state constitution.

In response to that case, the state passed a law that required Connecticut school boards to reduce racial, ethnic and economic isolation by various methods. One of those methods came in the creation of magnet schools.

In order for the magnet schools to remain diverse, state law determined that student enrollment consist of at least 25 percent White or Asian students, effectively putting a cap on how many Black and Hispanic students are allowed to attend the schools.

The law left classroom seats empty and students out of those schools.

"Some people want to settle for less but I don't want to stay still," said Tynima Toney, Zaire's mother.

Toney said Zaire is a special education student and feels he isn't getting the attention he needs inside Hartford's public school system.

“It gets to a point when they can’t handle it he has to go home. So what are we going to do everyday, send him home? Or are we really going to find out what tool Zaire needs," said Toney.

She feels Hartford's magnet schools have more resources to handle a child like Zaire but he can't get into one of them because she's been told the quota has been reached.

"I just want my kids to be just as educated as a magnet school kid," said Toney.

The court case of Robinson v. Wentzell challenges those racial quotas as a violation of the 14th Amendment's equal protection clause.

Samuel said they'll do whatever it takes to make sure the state's children get the opportunities they need.

“It’s not like the schools are full and we’re all are in a fiscal crisis and budgets. We want every child to have access to a great teacher, not half a classroom. Let’s fill the classroom up," said Samuel.

On Tuesday, the state asked the court to throw out the case and leave the 1996 law as it stands.