HARTFORD — A Hartford police officer is without a badge after the Department learned of an incident involving the off-duty cop. 26-year-old, Joven Gonzale... 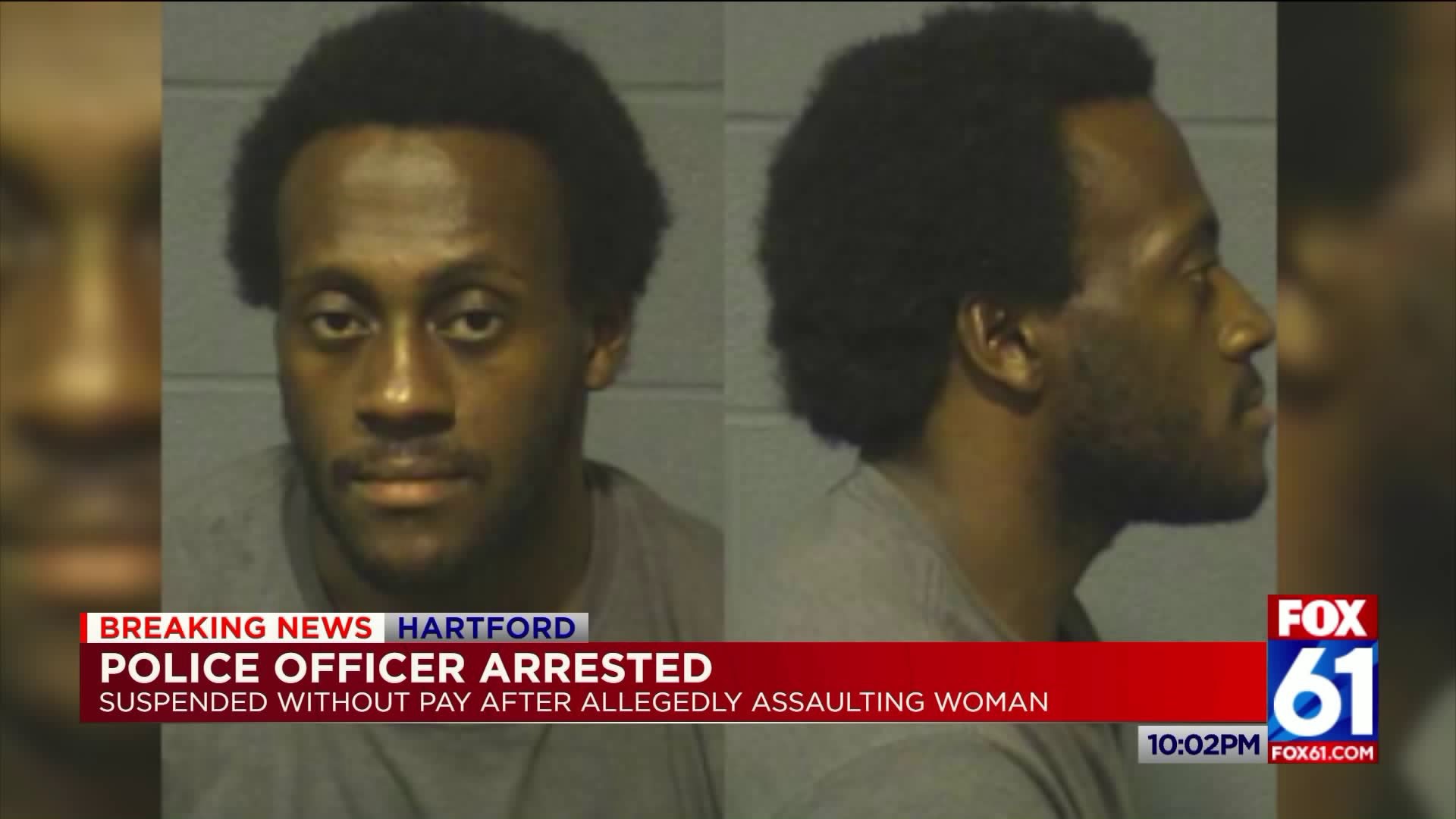 HARTFORD -- A Hartford police officer is without a badge after the Department learned of an incident involving the off-duty cop.

Officials say Gonzalez was arrested after an investigation determined probable cause.

He will be back in court Oct 7.

In court Monday, bond was set at $50,000 and he has to get a GPS monitor if he does post bond. The court also issued a full no contact protective order with GPS monitoring for female victim. He was ordered to hand in all of his guns and permits to state police within 24 hours if he posts bond.

He has no prior criminal history.

Interim Chief of Police, Jason Thody, issued a statement on the arrest:

I am deeply concerned with the allegations regarding the off-duty incident involving Officer Joven Gonzalez. I immediately ordered Officer Gonzalez be suspended without pay and had his police powers suspended as well. This incident does not represent the Hartford Police Department as a whole or the outstanding officers that work here. I want to commend the men and women of the Hartford Police Department that worked swiftly to investigate this case and make an arrest.

Gonzalez has been suspended without pay and stripped of his police powers and badge of office, police say. He started the academy in August 2017 and has been an officer since March 2018.

An Internal Affairs investigations is underway.