Hartford police work to get homeless out of frigid cold

On frigid nights, cops in the city turn from crime fighters to cold fighters; looking in all the places homeless are known to spend the night and getting them t... 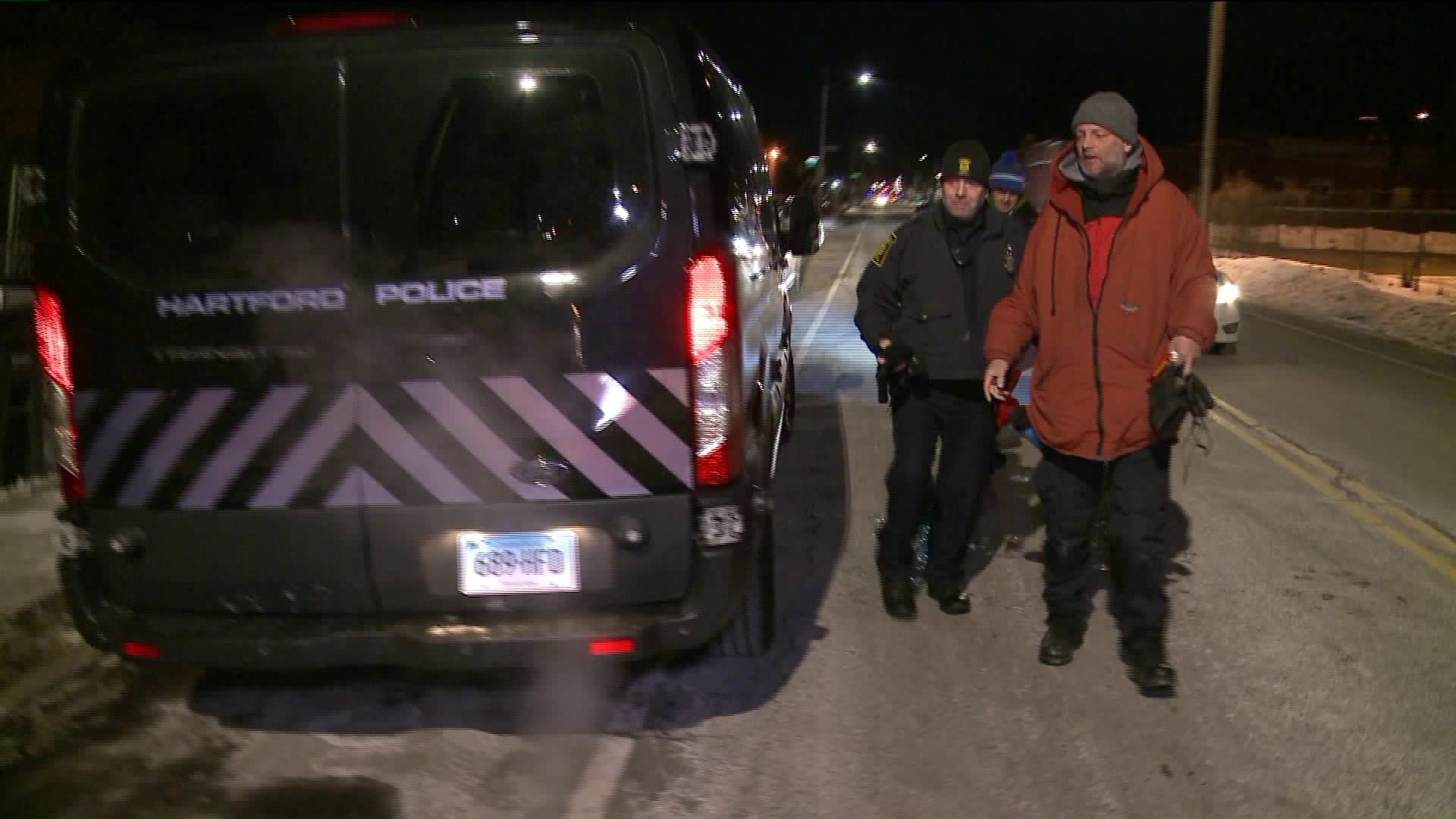 On frigid nights, cops in the city turn from crime fighters to cold fighters; looking in all the places homeless are known to spend the night and getting them to shelter.

Thursday night, Hartford police dedicated a group of officers with that one mission.

Mayor Luke Bronin said, “These temperatures are life-threatening. And our officers have been out moving around the city trying to find anybody and everybody who might be outdoors without a roof over their head and encourage them to get somewhere warm. Today we also tried something new, we reached out to the CT Transit and asked them to make a bus available and they agreed, so tonight we have a bus available, that’s near City Hall, it’s running all night long, warm with food and a case worker.”

Officer Sid Palmieri has been a CSO for many years in Hartford. He brought us out on “Cold Patrol” tonight. He’s a soft-spoken cop, who knows the places the homeless stay at night. Some of those hidden places are not safe in this weather. His job is to offer and sometimes convince the needy to seek a warm bed.

Palmieri spoke about knowing the homeless, “So being as a community service officer we sometimes we come upon them from dealing with them in the past you asked where they live and they tell you they are homeless and they have certain areas so you try to play that role and look for them in those areas.”

The city library is a known place where the homeless settle down to get warm. But, the library closes at 8pm. So we went to the library, there staff quickly directed us to a person who is struggling.

We found a homeless man sitting on the floor in the back of the library.  Last night, on one of the coldest nights in decades he slept under a bridge near I-91. He shook as he told us about the painful cold. It took some convincing for him to see beyond the uniforms, but this gentleman finally agreed to come with us to a shelter.

After they dropped him at the Willie Ware Center for the night, we all had a pretty good feeling. But such is police work and being a cop- it was just another call for help answered and they went back to work, out on the cold beat to find some more people to help.