Hartford Promise Scholars – a meeting of the minds in West Hartford

WEST HARTFORD – They have already been awarded their scholarships, so it was a gathering of the minds on the University of Hartford campus for Promise Scholarsh... 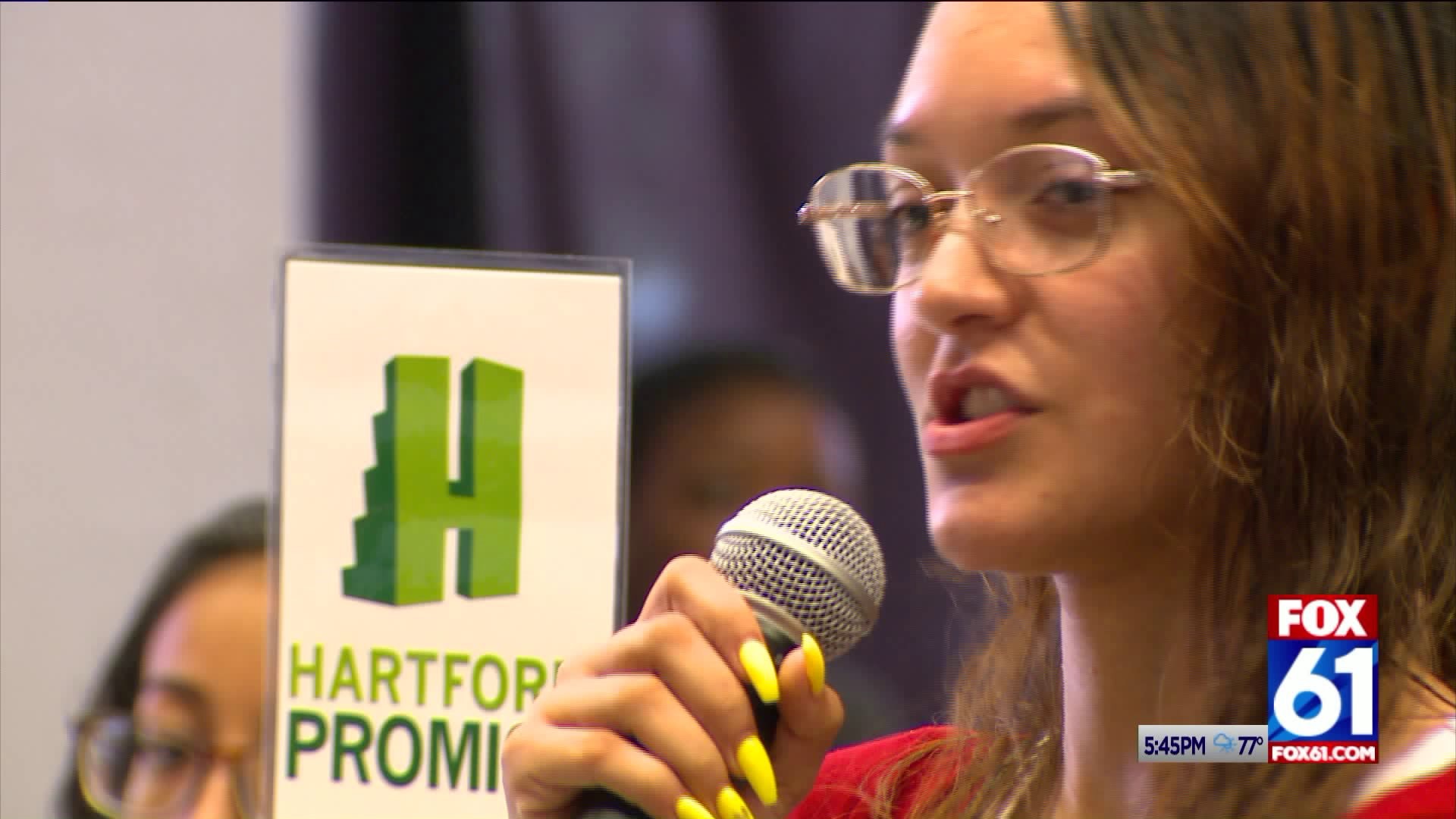 WEST HARTFORD – They have already been awarded their scholarships, so it was a gathering of the minds on the University of Hartford campus for Promise Scholarship Day.

The celebration is now in it’s fourth year and it's geared to provide high school grads from Hartford – 146 this year – a full day of community building and workshops to prepare for college.

To be awarded a Hartford Promise Scholarship Hartford Public school students must be a Hartford resident, have 3.0 GPA and 93 percent or better attendance record.

Richard Sugarman, the President of the Hartford Promise said some students win awards as highs as 20 thousand dollars for school.

Getting ready for her senior year at UConn, Amber Smith, who earned a Promise Scholarship three years ago said, “if you empower the community and give them the resources to succeed they will.”

Currently 540 students have received college scholarships and are enrolled in about 70 universities and community colleges across the country. Sugarman added, “to help them to be successful and fulfill their dreams, what could be better?”

To find out more about the Hartford Promise Scholar Program click here.