NEW HAVEN — It was a year ago the Hartford Line began service from New Haven all the way up to Springfield, MA. The CT rail line is 62 miles of high speed rail ... 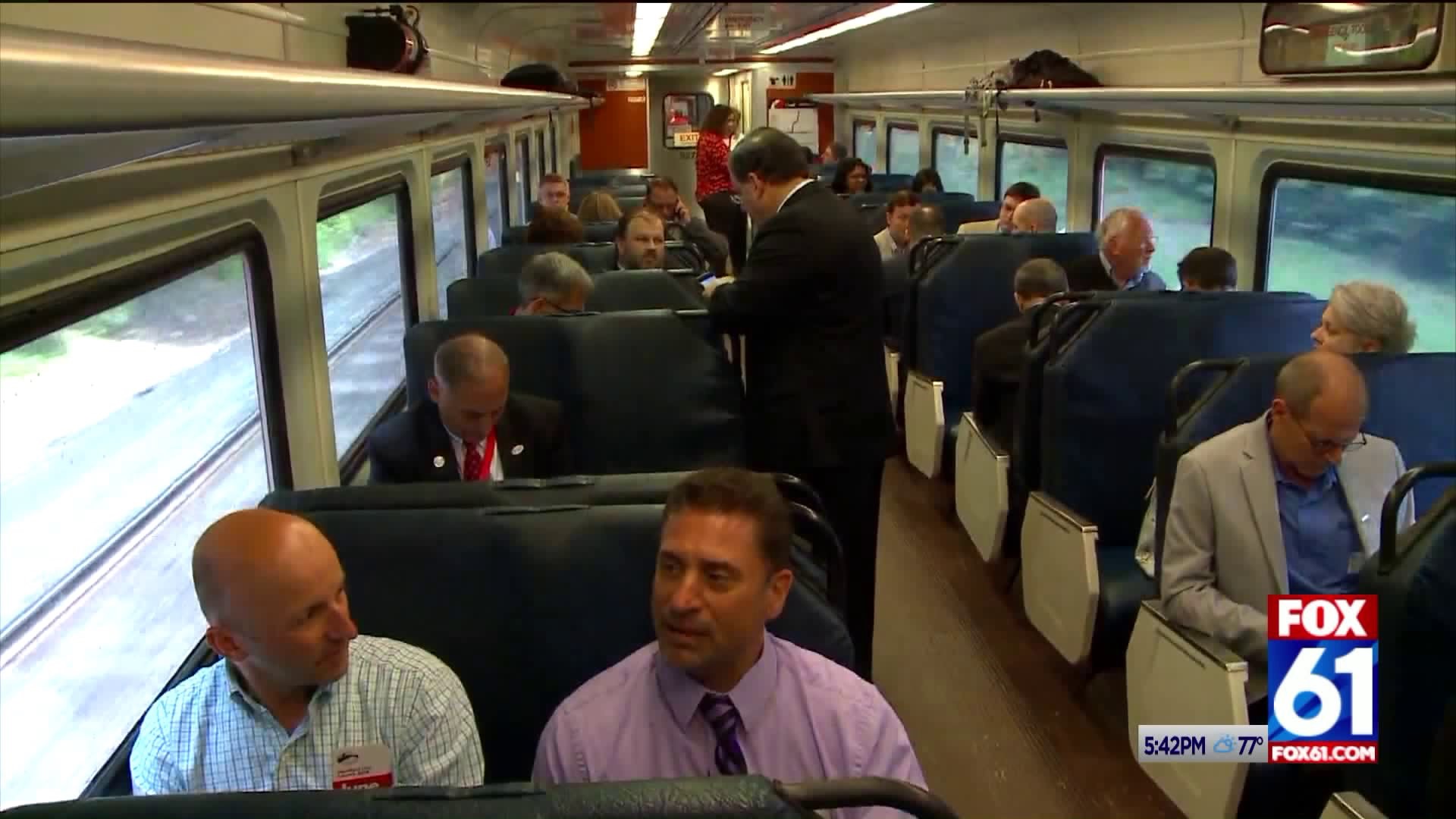 NEW HAVEN — It was a year ago the Hartford Line began service from New Haven all the way up to Springfield, MA.

The CT rail line is 62 miles of high speed rail that promises to get you from New Haven to Springfield in 80 minutes and New Haven to Hartford in 46 minutes.

Joesph Giulietti, the Commissioner of the Connecticut Department of Transportation said, “The new service had averaged nearly 51,000 passengers per month and Hartford Line ridership is on track to exceed 630,000 passenger trips in its first full year of operations.”

All this is having a positive effect on the neighboring areas. There have been an increase of $430 million spent in transit oriented development in Wallingford, Meriden, Windsor, and Windsor Locks.

Gov. Ned Lamont said, “Look at all the development that is going on along the railways right now.”

Gov. Lamont said, “That means to attracting and keeping young people back here in our state.”

In order to do so they must improve their on time performance, which right now averages just 89%.

The line is looking to expand to have double tracks, as well as a more locations like Boston and beyond.

Dale Hendrickson, of New Haven said, “Being able to have an alternative to Amtrak, I think would be very helpful.”

When it comes to staying connected, the trains currently allow riders to use their providers for service, but will be expanding to 5G service. They will also be rolling out WiFi on the new cars, coming soon.

Senator Richard Blumemthal said that railroads made America and that they are the future.

The Hartford line has an 87.6% rider satisfaction rate.

Kathy Petkus, of New Hampshire said, “It was great it was convenient. It was more economical than taking Amtrak from Boston.”

There are 17 trains that chug along the Hartford Line every day.