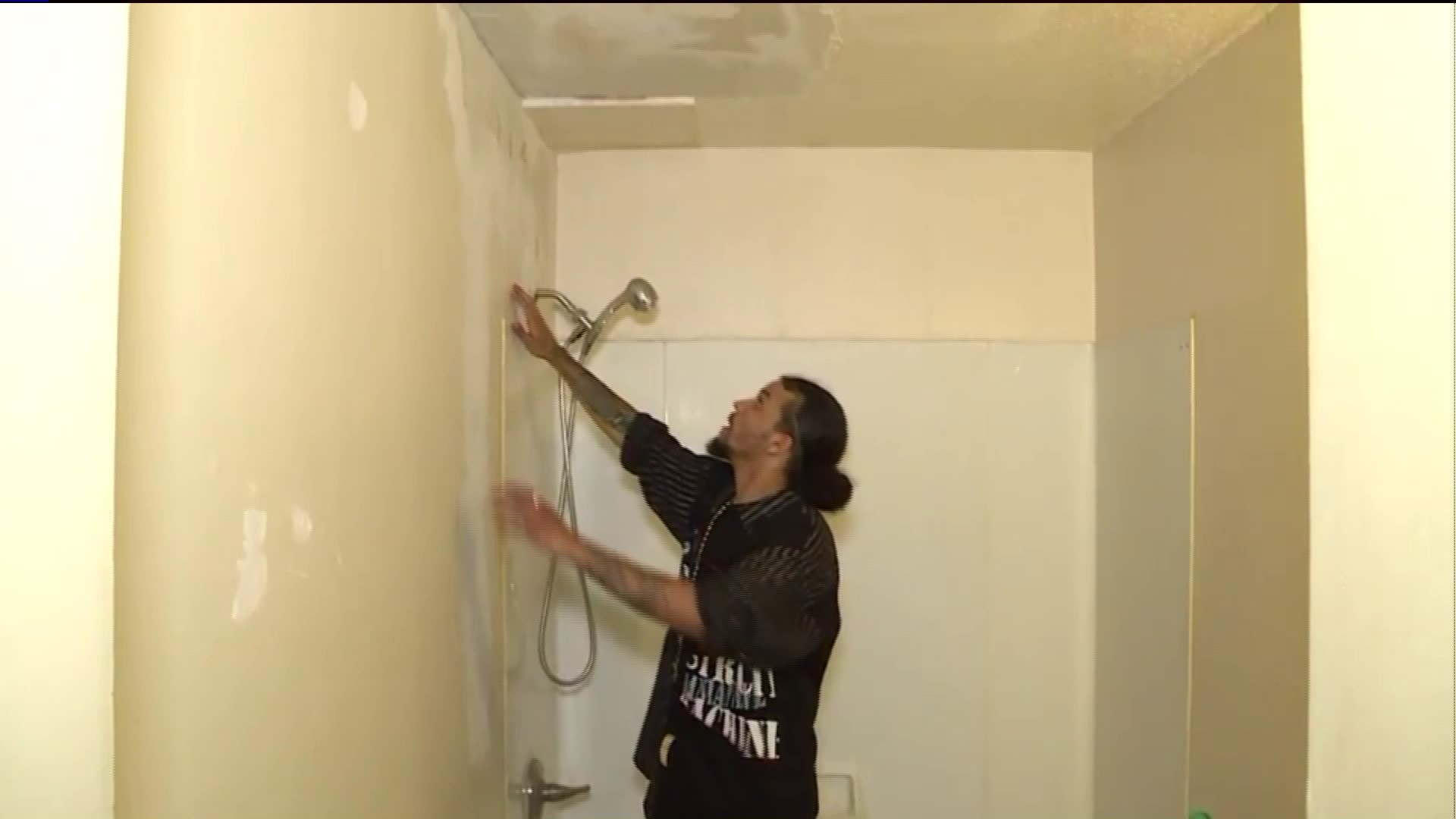 HARTFORD --  Residents of the Clay Arsenal Renaissance Apartments in the Clay Arsenal neighborhood of Hartford gathered Tuesday at the Shiloh Baptist Church on Albany Avenue to about their deplorable living conditions, demanding change.

"I have caught over 25 mice," said resident Milagros Ortiz, ticking off the list of issues she has with her apartment on Main Street in Hartford. "If the wind blows, the window falls out."

"There are broken tiles in front of the tub, which my son has cut his feet on coming out of the tub," said Hartford resident Joshua Serrano.

Their apartments are just some of the 150 units in Hartford owned by Emmanuel Ku.

Ku has received numerous citations for the 25 buildings he owns in Hartford, as well as thousands of housing code violations in New York City.

Housing and Urban Development, better known as HUD, has apologized. "The first thing I need to do is apologize, and on behalf of HUD, say we're sorry," said Joe Crisafulli, a HUD director out of Boston. "The stories that I've heard about are as far away from acceptable HUD housing as I've heard in my 29 years at HUD," said Crisafulli.

"On behalf of HUD, we will be at your side until we resolve these issues," said Suzanne Piacentini, director of the Hartford HUD field office.

HUD says it is now working to collect complaints from residents, conduct inspections and check with the city for open code violations. HUD is currently awaiting the results of an extensive inspection into the properties.

Ah Min Holding is aware that several tenants have issues with housing at Clay Arsenal Renaissance Apartments (CARA).  In particular Ah Min is aware and concerned about the increased rodent activities in the last several months due to the recent demolition of the meat packing building close by.  Ah Min has worked continuously with the exterminating company to combat the problem.  Progress is being made but the issue is not yet resolved.  Ah Min encourages all tenants to sign up and partake in the free exterminating services for their apartments which Ah Min offers twice a week when the exterminator comes to provide treatment in the common areas of the property.  We have undertaken recommendations irrespective of the cost by the exterminator.  It is our mission to provide a safe and clean living environment to all tenants at CARA.  Similarly, in 2011-2012 Ah Min fought to combat crime in the neighborhood by installing surveillance cameras on the property.  The problem was not solved overnight but working together with the tenants and the police department, CARA became a safe place to live, walk and play. In 2012, 2013 and again in 2016 CARA received written commendations from the City of Hartford Police for their cooperation and efforts to combat crime in the community.  CARA cares about the community and on a daily basis assist with cleanup of the surrounding neighborhood.

Christian Activities Council (CAC), a community base advocacy group, has complained to Ah Min’s owner and staff about the rodent problem.  Ah Min welcomes the opportunity to work with CAC to resolve this and other issues.    Ah Min has held tenant meetings in the past which have proven to be very productive in engaging tenants to learn about issues and working together to resolve them.  Unfortunately, CAC unilaterally scheduled a meeting for Tuesday July 11th with less than one week notice.  Due to a scheduling conflict, I am unable to attend.  I have requested CAC on two separate occasions to work with me to reschedule to a new date but no one at CAC has responded to my requests.  I look forward to meeting with the representatives of CAC.  In the meanwhile, Ah Min will continue to hold tenant meetings to resolve issues at CARA.