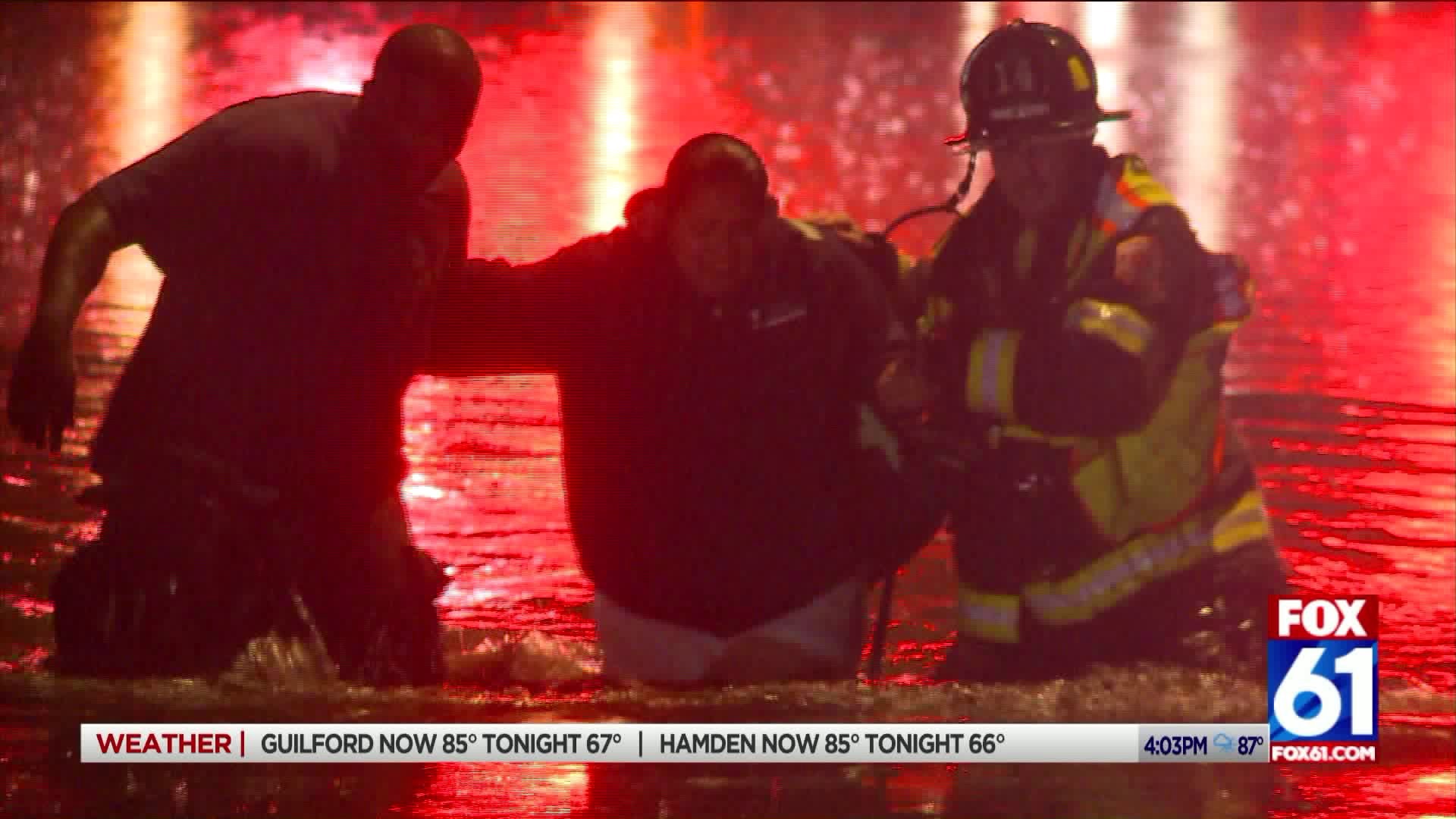 On Granby Street in Hartford, firefighters rescued people trapped by flood water. 12 people in all, 6 of them were children. “It overwhelmed the fire department for a short period of time about an hour hour and a half,” said Deputy Chief Alvaro Cucuta. There were deep flood waters. “It looked like the Connecticut River in front of my house,” said a resident on Granby Road.

Suddenly surrounded by rapidly rising flash flood water. Rosemyn Falu’s car stalled. “I was with my daughter. It was dark. I couldn’t barely see. I was trying to call 911. I was so nervous.” An off duty policeman helped her to safety.

John Rosemond has lived at his Granby Road home since to 60’s. “78 when we had that hurricane. That’s what was going through my mind,” he said.

He watched from his home as first responders escorted stranded motorists to safety. “We were afraid. I thought I was going to have to leave,” said Rosemund. He didn’t know the water was rising beneath his own feet. He took us to basement. “Five or six inches of water. It was like a little river,” said Rosemund.

Blue Hills Residents are outraged. “We’ve had this problem here for the last 10 to 15 years,” said Lois Ross. Her neighborhood is a known trouble spot. Deputy Fire Chief Cucuta said, “The sewage system and storm drainage system seems to get overwhelmed when there is heavy rainfall.”

Lois Ross says she’s taking her anger into the voting booth. “Voting time. I’m gonna get everybody in the Blue Hills neighborhood. Whoever takes care of our problem, that’s who will get our vote.”

MDC began a massive 4 mile long tunneling project 200 feet below ground in 2016 to help alleviate storm flooding. But that project won’t be completed until 2023. MDC did say they’d be putting out more information later Thursday night.

FOX61'S Zinnia Maldonado spoke with one mom whose family was among those rescued from their homes by first responders during the severe storms. Watch her story below. 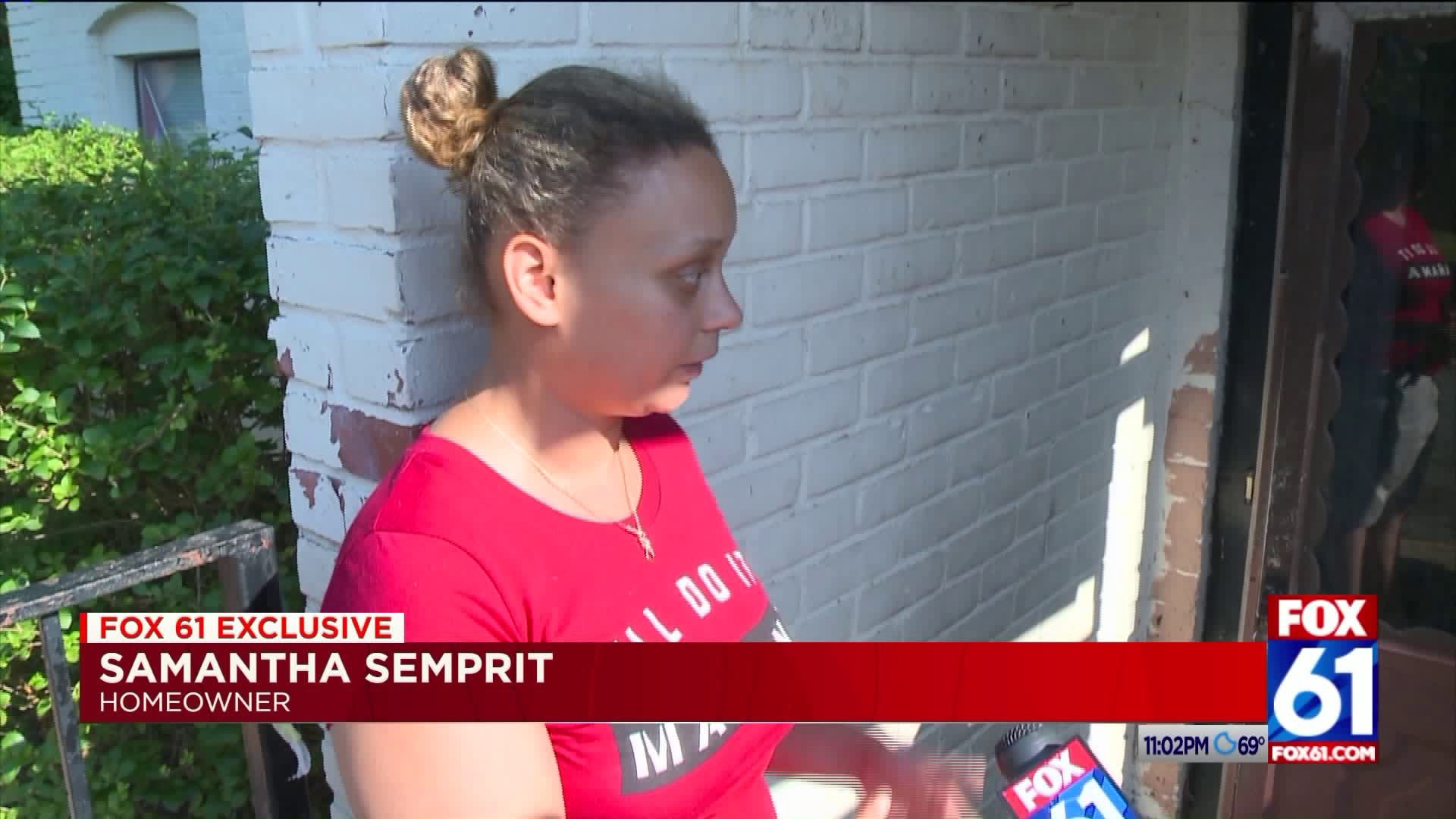