HARTFORD–Drivers with Uber are pumping the brakes on the passenger service in Greater Hartford. The vast majority of drivers, dozens of them, are on strik... 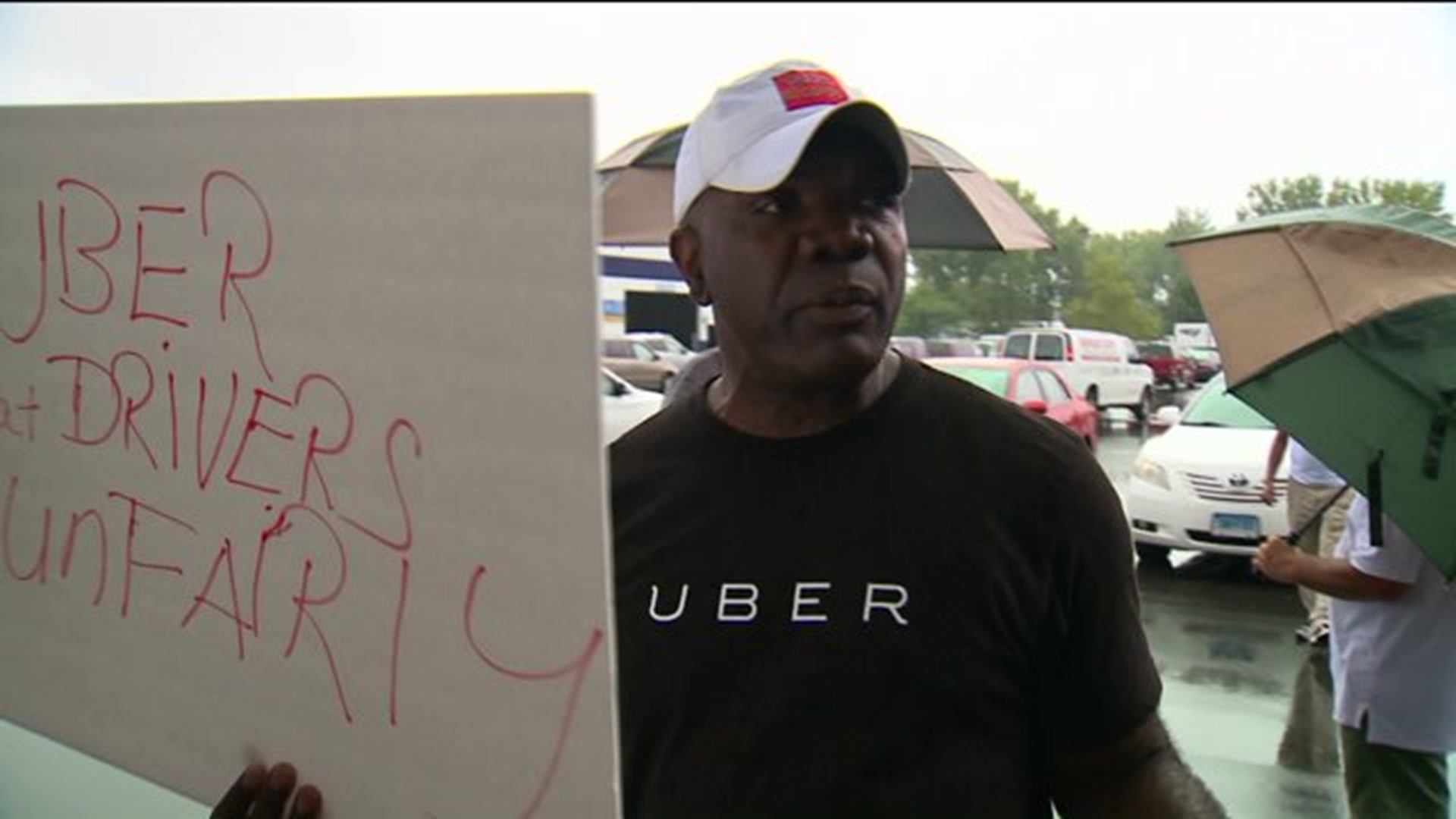 HARTFORD--Drivers with Uber are pumping the brakes on the passenger service in Greater Hartford.

The vast majority of drivers, dozens of them, are on strike for at least 24 hours after Uber informed them in the capital city area that it's slashing fares by $0.40 per mile, from $1.50 to $1.10.

Drivers put it in park, hoping to force Uber to go back to the old fare. They complain the lower rate is closing the distance between expenses and profits.

"Over the past year, driver earnings went down by 60 percent," one driver, who wouldn't give his name, said.

"Uber driver is not slave," another driver said.

While we welcome feedback from our partners, we are confident that this change will actually help drivers earn more because that's what has happened every time we have undertaken similar price changes in other cities. January's price change in Connecticut resulted in driver earnings increasing 60% over just two months. Uber is committed to being the best platform for partners in Connecticut as well as the safest, most reliable and affordable transportation option for residents.