HARTFORD – The Hartford Yard Goats are in their final homestand of the 2019 season, playing eight games in a row. While baseball games are wrapping up for the y... 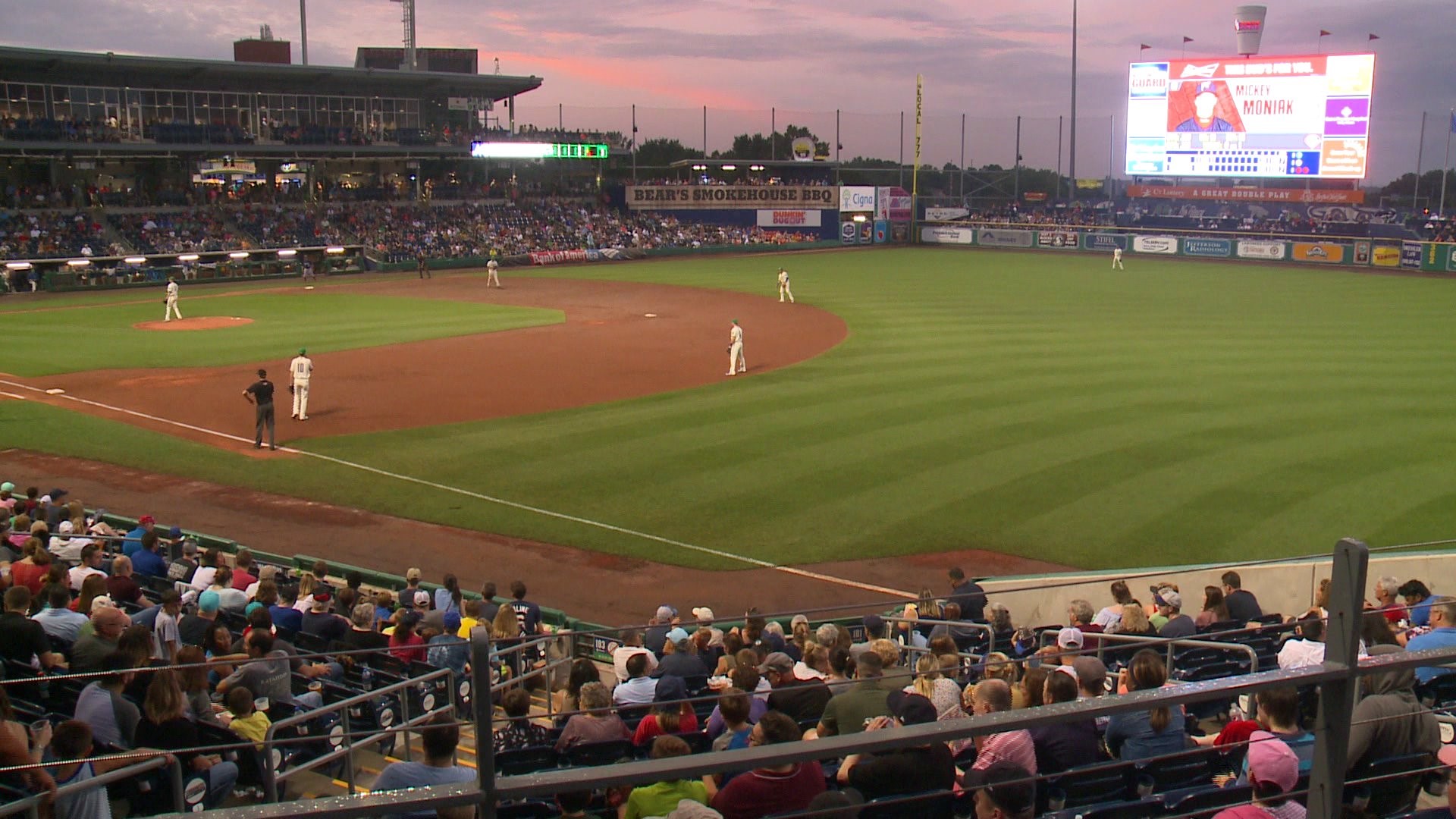 HARTFORD – The Hartford Yard Goats are in their final homestand of the 2019 season, playing eight games in a row. While baseball games are wrapping up for the year, Dunkin’ Donuts Park won’t be quiet anytime soon.

The ballpark hosts free movie nights, with films played on the biggest scoreboard in minor league baseball. The stadium has held goat yoga events and is even open to other sports.

“We’ve got our ‘Links at the Yard’ coming up, we have a week of golf at the ballpark,” said Yard Goats General Manager Mike Abramson.

One of the most popular events of the off-season is the G.O.A.T. Brew & Wine Fest in October. Hundreds of people pack the stadium to sample local beer. Funds raised in that event benefit the Yard Goats Foundation. “It just seems like a really positive place and I’ve had so many people tell me it’s a real source of pride for the city,” Abramson said.

The final games of the season also come with some special events. Friday, the team will honor the late Roberto Clemente, a Puerto Rican player who was the first Latin American player to be enshrined in the National Baseball Hall of Fame. Several people will become U.S. citizens at the Dunkin Donuts Park on Friday in a naturalization ceremony before the game.

Here are the remaining promotional events for the season:

The Yard Goats have already announced their 2020 season schedule.