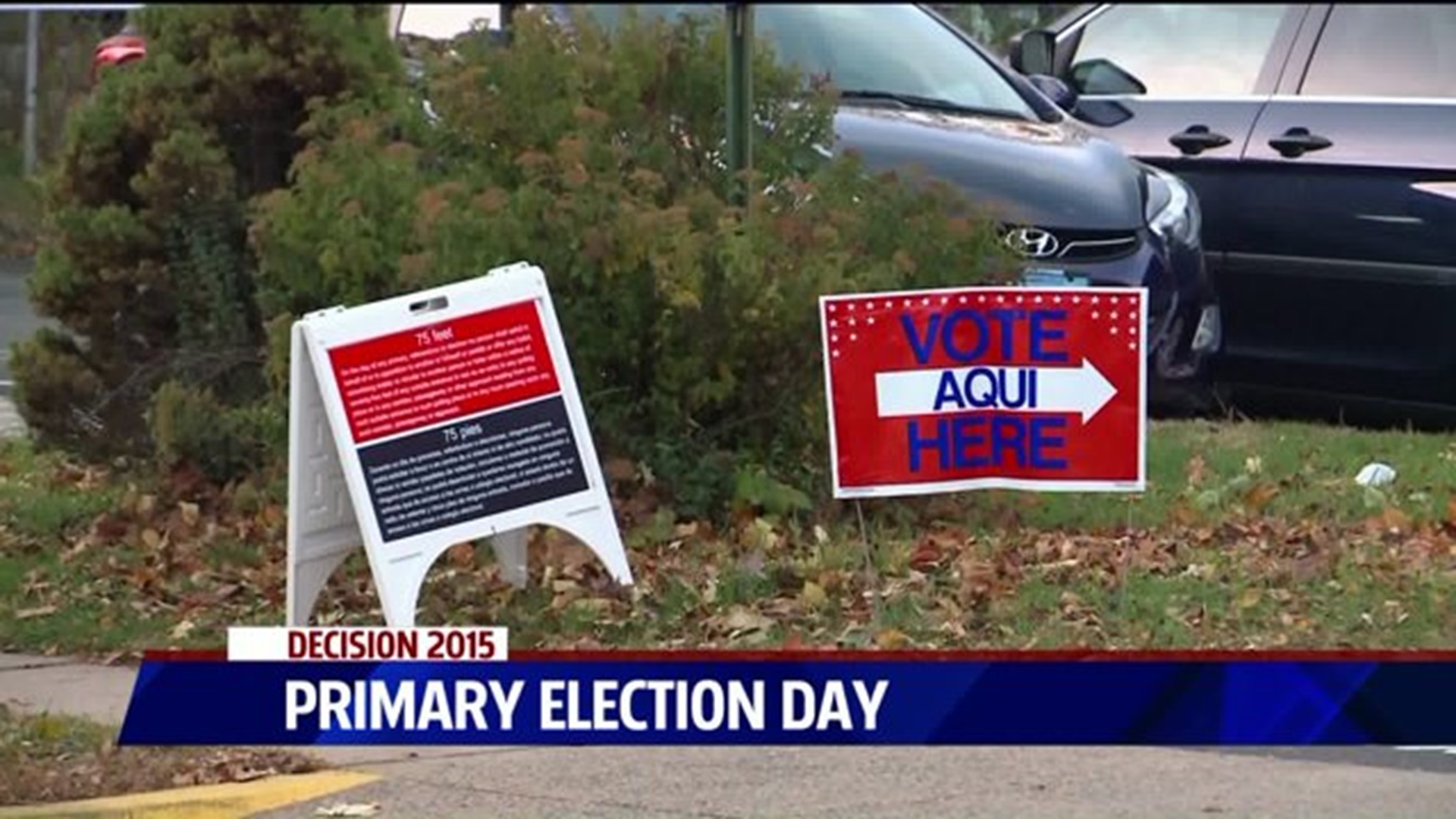 Some problems with machines at voting places were reported but Secretary of the State Denise Merrill said the problems were resolved quickly.

Both candidates were out and about trying to get as many votes as possible Tuesday.

Mayor Pedro Segarra greeted shoppers at the C Town supermarket in the city's south end. He was energized, hoping the democratic primary would bring a victory keeping him in office.

Despite being outspent 3 to 1, according to Segarra, he thinks the flood of negative ads have only hurt challenger Bronin.

"It's one thing if it's a difference of policy, another thing is attacking someone with ads that are totally negative,” said Segarra. “But you know I think it's good because it's shown the type of candidate that he is.”

"I feel great," said Bronin. "You know, working hard and continue to hear a lot of desire for change. There is no replacement for hard work so we're going to be running hard through the finish line."

There will be a close eye on the 24 voting locations, after Vasquez and the two other registrar's were blamed for polling problems, including missing voter lists during last November's election.

The state has appointed a monitor who will oversee the election and office.

FoxCT was told these training sessions have gone on since last Tuesday, and that all polling places are full staffed, the lists ready as well.

If Segarra loses the primary he says he will still run during November's general election. If Bronin loses Wednesday, he says his campaign won't move forward.

Secretary of the State’s office and the State Elections Enforcement Commission have opened the Election Day hotline 1-866-SEEC-INFO (1-866-733-2463) to report problems at the polls. Voters can also email elections@ct.gov if they encounter any difficulties casting ballots during the day. Voters can report issues anonymously but should provide the town and polling place where they saw the problem.