HARTFORD  — Acclaimed educator Jahana Hayes declared victory Tuesday in her bid for a U.S. House seat, which would make her the first black woman to represent C... 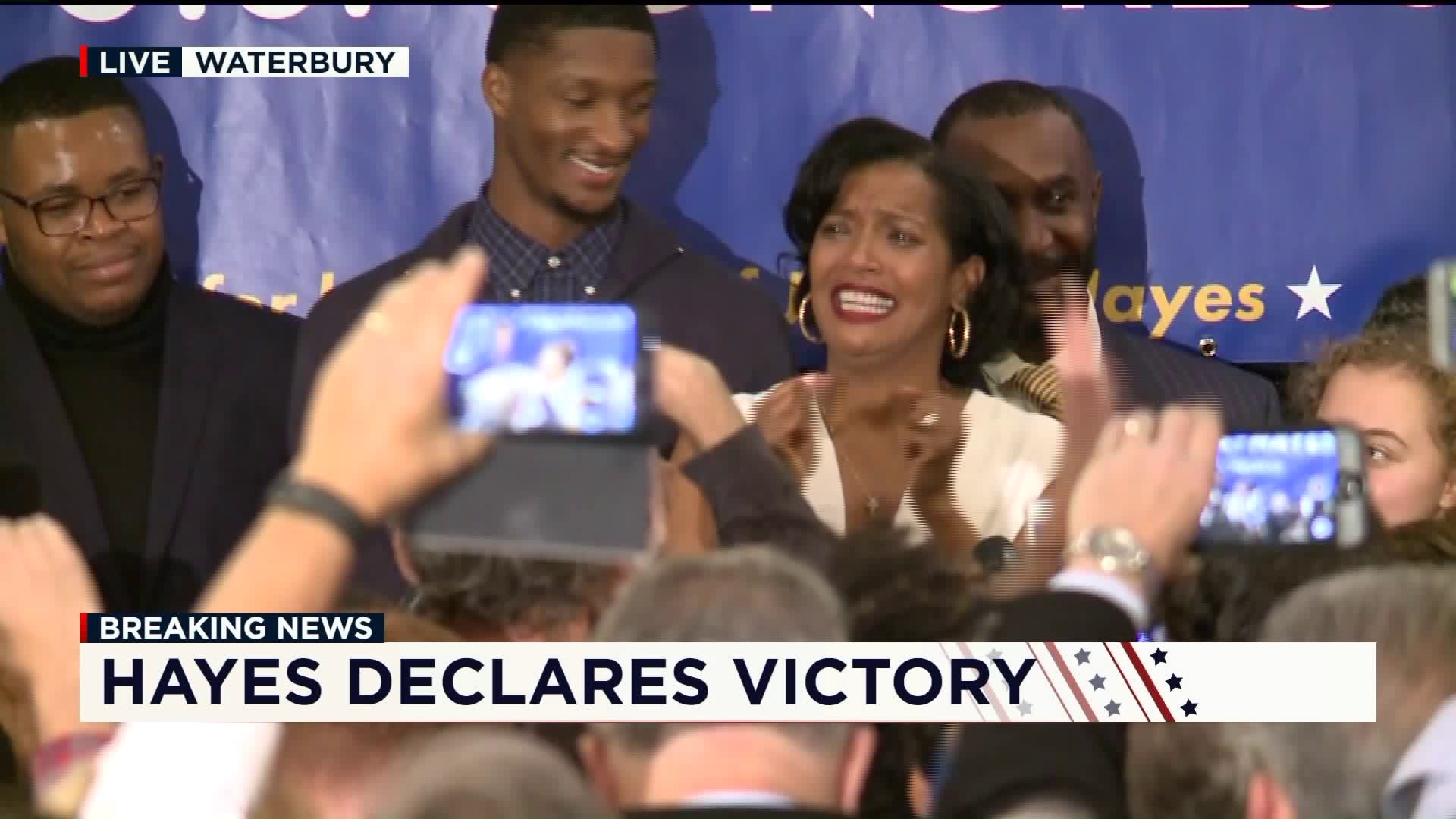 HARTFORD  — Acclaimed educator Jahana Hayes declared victory Tuesday in her bid for a U.S. House seat, which would make her the first black woman to represent Connecticut in Congress.

The race between Hayes, a Democrat, and Republican Manny Santos remained close.  See the results here.

Hayes would succeed Rep. Elizabeth Esty, a Democrat who chose not to seek re-election after being criticized for her handling of a sexual harassment case in her office. Esty has occupied the seat representing Connecticut's northwest corner since she was first elected in 2012.

Hayes, who was named the 2016 national teacher of the year, has called for strengthening the public education system, the institution she credits with helping her succeed despite growing up in poverty. She also has spoken out in support of stronger federal gun safety laws, moving toward a single-payer health care system and passing the DREAM Act to create a path to citizenship for immigrants brought to the country as children.

Her life story helped propel her candidacy onto the national stage in a year when many voters have embraced non-traditional congressional candidates like Alexandria Ocasio-Cortez, a self-described democratic socialist who stunned the political establishment in May by defeating 10-term U.S. Rep. Joseph Crowley in New York's Democratic primary. Shortly before Election Day, Hayes attended a student forum in Connecticut with Democratic Congressional candidate Ayanna Pressley of Massachusetts, a Boston city councilor who defeated longtime U.S. Rep. Michael Capuano in a stunning primary upset.

Hayes grew up in a Waterbury housing project and her mother struggled with drug addiction. When she was 17, Hayes got pregnant and considered dropping out of school, but she ultimately enrolled in community college and went on to earn her bachelor's and advanced degrees. Now a Wolcott resident, the mother of four has continued to work in Waterbury schools.

Santos, a former Meriden mayor, trailed Hayes in fundraising and said he struggled to compete with the attention paid to his opponent.

A native of Portugal who served in the U.S. Marines, Santos campaigned in support of President Donald Trump's agenda of lower taxes and stronger immigration enforcement. He touted the endorsement of the Connecticut Citizens Defense League gun rights group.