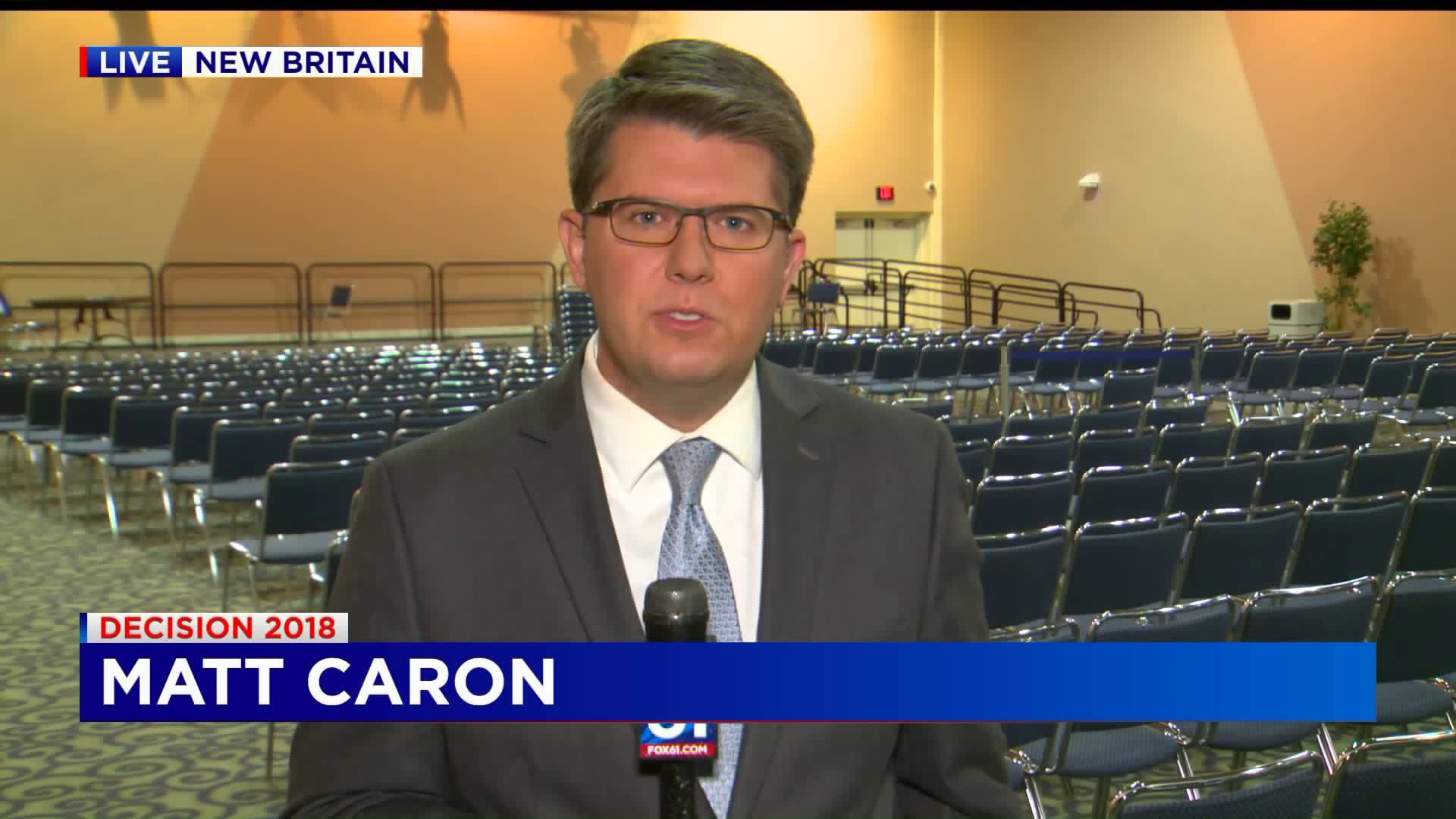 Democrat Jahana Hayes and Republican Manny Santos fielded questions on topics like education, the economy, the environment and gay marriage.

It was a tale of two candidates.

Hayes — the progressive Democrat and Santos — the conservative Republican. They are both vying for the seat currently held by Elizabeth Esty, who is not running for re-election.

The fiery debate at CCSU that fittingly kicked off with a question on education, specifically school safety.

“I think we need to close the gun show loophole that allows people to buy high-powered firearms and take them away and expand mental health testing,” said Hayes.

Santos said, “I want to make sure that the rights of the citizens to keep and bear arms are not infringed upon.”

They debated on important issues like the opioid crisis.

“Demanding that our prescription drug companies are not over medicating,” said Hayes. “There’s been more research dollars allocated for alternative pain management which is also very important,."

“Fight for more federal dollars to come back to this state to repair our roads and bridges so the people don’t have to shoulder that burden,” said Hayes. “I’d be very supportive of continuing that funds are available to continue improvements in our infrastructure,” Santos said.

There was stark contrast between the candidates on issues like gay marriage.

“Yes I support gay marriage and will do everything I can to make sure they have the same constitutionally protected rights as any other groups,” said Hayes.

“More of a belief that marriage is between a man and women. That’s what I believe a marriage should be,” said Santos.

Santos said, “Every regulation and every law that gets passed we have to make sure what the impact is to our economy.”

“I’m not willing to trade our environment for the economy,” rebutted Hayes.

But it was what Manny Santos said about students loan debt that sent grumbles through the student audience.

“The student debt issue is something that frankly, a lot of students bring upon themselves,” said Santos.

Hayes said, “I have to say I disagree with that position.”

FOX61 caught up with Santos as a student confronted him about that answer.

Santos reminded back, “Do you want the taxpayers to pay for you?”

When pressed by FOX61 Santos said, “I mean if you have a choice between a number of colleges and the costs, it behooves you to choose a college that is more affordable for you.”

It will be either Santos — the former Mayor of Meriden, ex-marine and immigrant or Hayes, the 2016 National Teacher of the Year who would become Connecticut’s first black Democrat in Congress.

Hayes has a lot more campaign money than Santos. The district itself has leaned Democrat for the last 10 years. Thursday, the spotlight once again shifts to the gubernatorial candidates as they debate at 4 p.m.