NEW LONDON — An illegal immigrant whose murder conviction was thrown out for improper evidence was back before a judge Thursday. FOX61 had the only cameras roll... 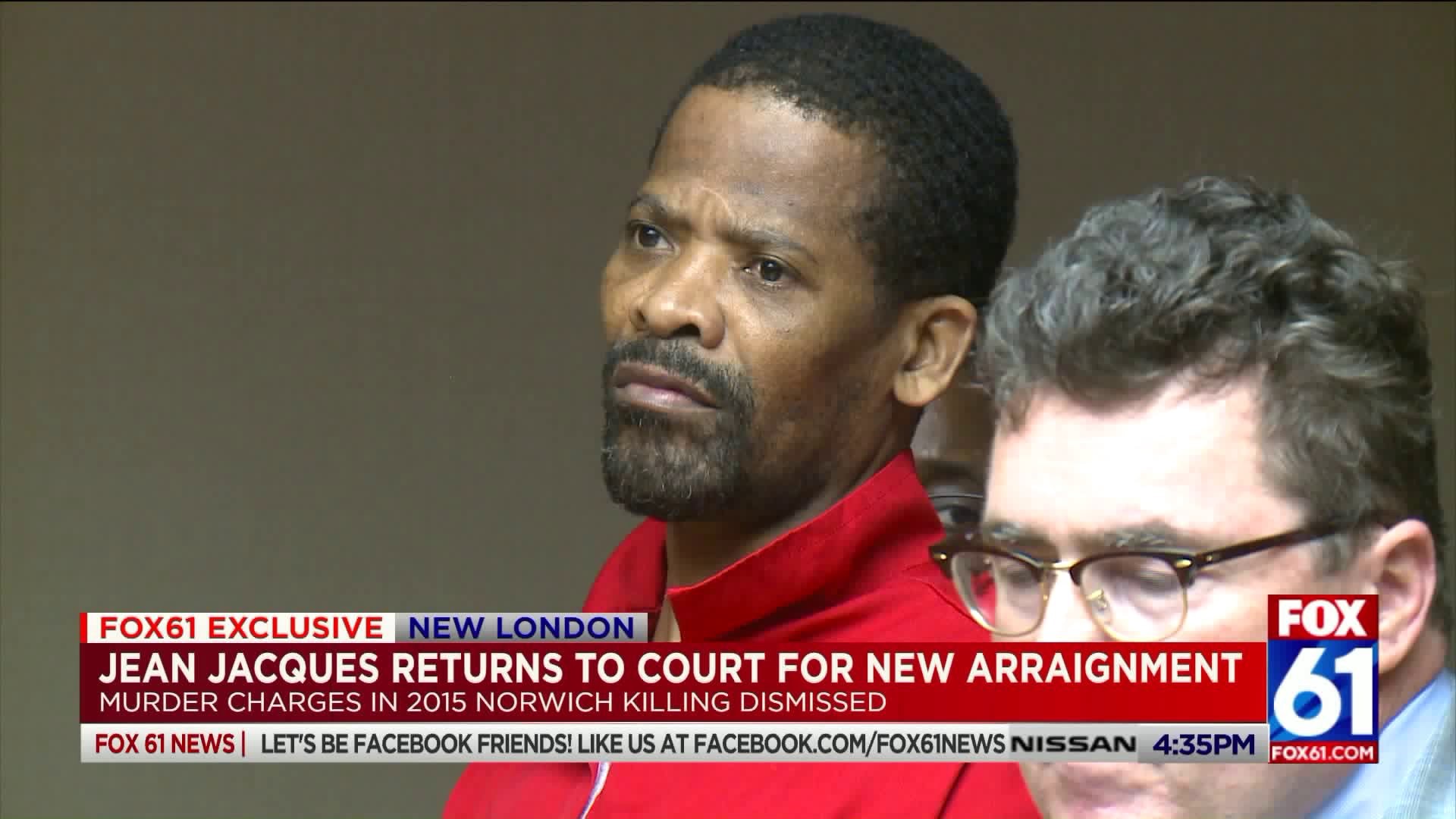 NEW LONDON — An illegal immigrant whose murder conviction was thrown out for improper evidence was back before a judge Thursday. FOX61 had the only cameras rolling as he appeared in court.

Jean Jacques back in court after the overturning of his murder convictions back in July, now officials are trying to try him on the same charge but using different evidence.

45-year-old Jean Jacques is accused of killing 25-year-old Casey Chadwick by stabbing her to death. Police say Chadwick’s body was found in a closet back in 2015.

Chadwick’s mother says coming back to see Jacques in court is heart-wrenching. Wendy Brown said, “It’s killing me, it’s like I am so upset… there is no reason for this, even if those two things get thrown out, there is so much overwhelming evidence that he killed my daughter.”

Officials say Thursday’s arraignment hearing will set the stage for a second murder trial that won’t include the same evidence from his last trial – such as a cell phone and drugs that were obtained through an improper search warrant.
Jacques’ defense attorney argues that he still had a right to privacy although his lease expired 5 days prior to the search.

Family of Chadwick say now all they can do is wait as they attempt to push forward.

“I will do whatever I can… anything I can to help Casey, Casey needs justice again, she had it, now she needs it again,” Brown.

Jacques is being held on a $1 million bond and is set to be back in court October 10th.