NEW BRITAIN – College isn’t just about fun and games though you could make a case for that on the campus of Central Connecticut State University. Months in the ... 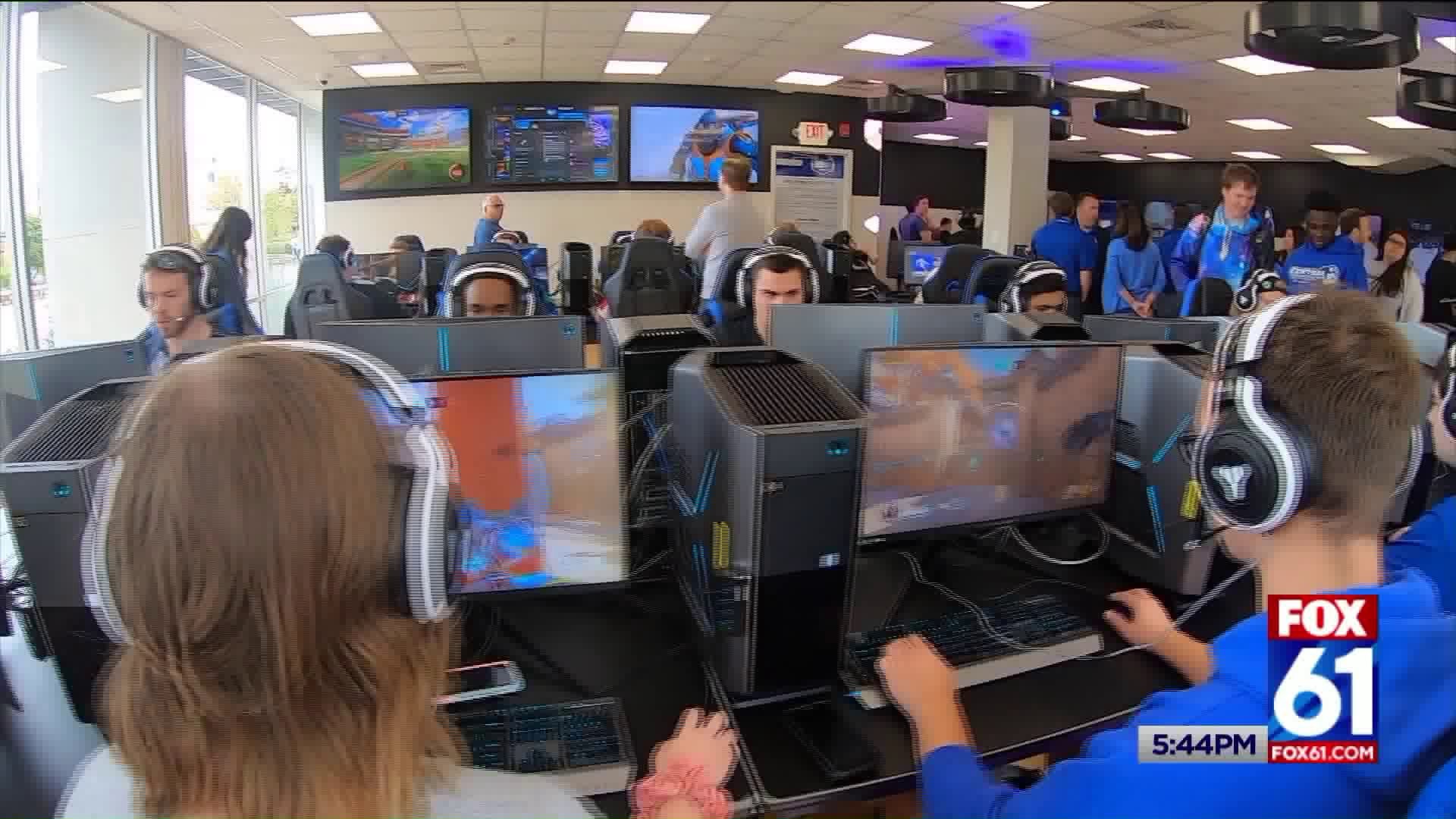 NEW BRITAIN – College isn’t just about fun and games though you could make a case for that on the campus of Central Connecticut State University.

Months in the making, the school opened the doors of their ESports Center which is geared both for recreation and also education.

“What we want to do is be agile and innovative,” said George Claffey, the chief information officer at CCSU.

“This is an emerging industry,” Claffey added, “ESports is a 1.1 billion dollar industry.”

The school partnered with Dell Computer to make their game center vision a reality.

The ESports center, located just off a main walkway of the campus quad, will serve to help with research and development in fields such as interactive media design and game development and also augment classes like cyber security and technology courses.

Nick Pudlinski, a CCSU senior and member of the school’s ESports club team said, “it’s a room where people can come and play games but classes and come in and work with high end machines.”

Pudlinski, a psychology major added, “it’s a room where academics and gaming and entertainment are combined.”

With massive screen set ups and gaming areas all over the remodeled room, the ESports Center has the latest technology in place and ready to be played.

“If there’s a popular video game, we’ve got it,” Claffey said.