CLINTON – Nate Hughes has lived the American dream. As a young man, he proudly served in the Army, manning anti-aircraft artillery during the Korean War. ... 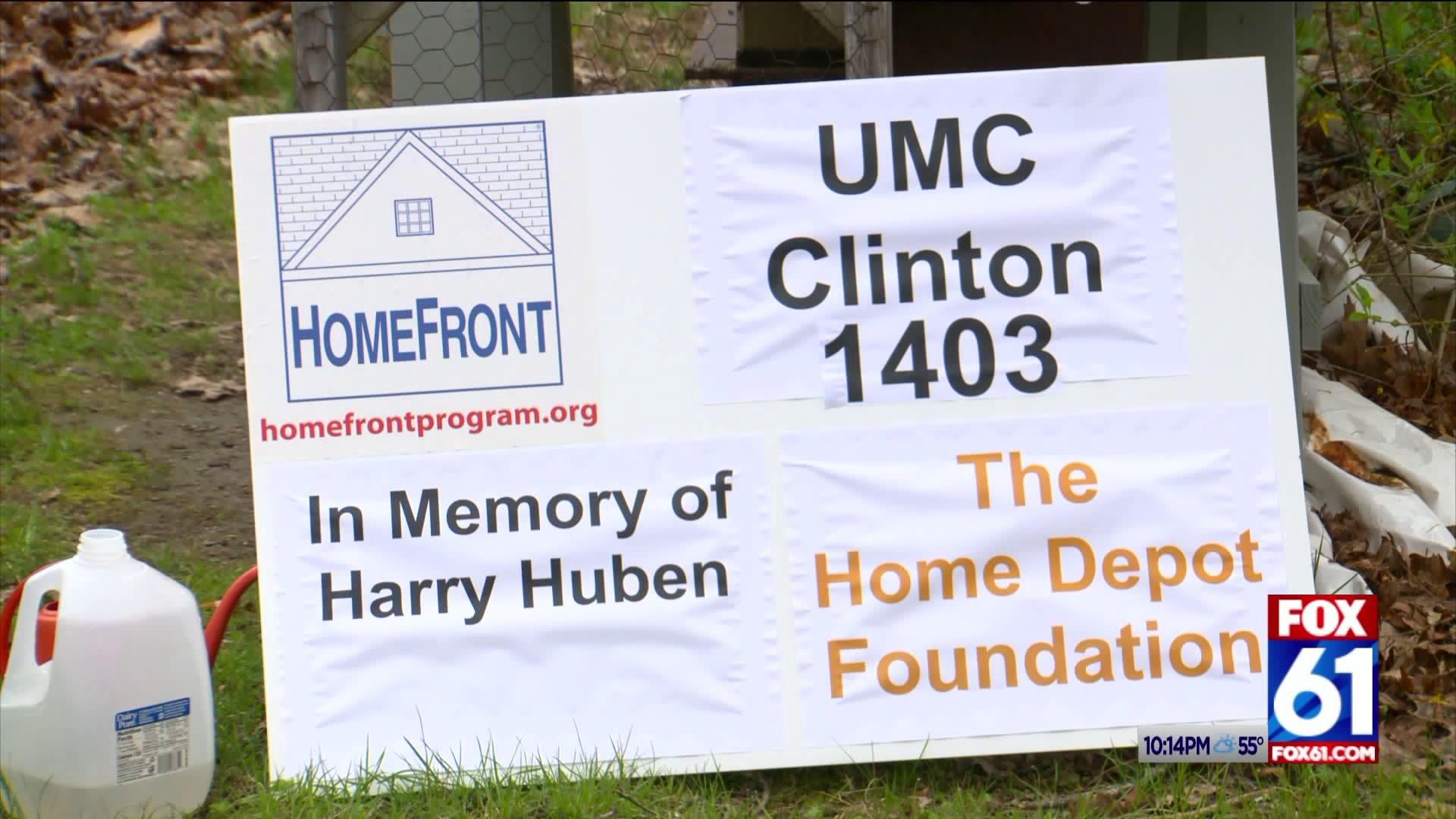 As a young man, he proudly served in the Army, manning anti-aircraft artillery during the Korean War. While overseas, Nate never forgot about home. He sent money back to his parents that helped them buy two acres of land for $800. They kept one acre. The other was gifted to him upon his return.

“About 52 years ago I built the house," said Hughes. "That was back in the days when most people did everything for themselves.”

Hughes and his father used trees and stone found in the yard to set the foundation for the house. Nate installed everything from the plumbing and electricity to the exposed wood in the ceiling he carved himself.

Over the years Nate would continue to improve the house even building an addition when his children were born. But now at 87, he is grateful for the helping hands.

“Fantastic. I can’t believe it! It’s wonderful there’s no question about it," said Hughes. "It’s heartwarming.”

Nate and his wife of 43 years, Fran, were chosen by HomeFront to be aided on the 32nd annual HomeFront Day. HomeFront is a community-based volunteer service that helps repair homes for families in need across Connecticut and Westchester County in New York. Over 2,000 volunteers worked to fix up 40 homes in 20 cities across the state at no cost to the beneficiaries.

“This is what we’re called to do it’s getting into the committee is helping others and giving back,” said Rev. Martha Epstein.

Reverend Epstein leads the United Methodist Church of Clinton. She and members of the church community have partnered with HomeFront for the last seven years. This year they were assigned to help Nate and Fran. The HomeFront and The Home Depot Foundation provided the necessary tools to help them repair the front door, paint, mend the roof and even put in a new kitchen floor.

“We just ask people at church to come out and help us they all signed up right away," said volunteer Sally Maxwell. "We love doing it. It’s a fun thing to do."

Fran and Nate were overjoyed by the work being done on their house. They had only asked for a few things to be done and were surprised when the HomeFront went above and beyond.

“To have things done is very expensive," said Hughes. "It’s getting harder and harder especially for older people to maintain the property and that’s one of the reasons why they came here because I’d like to live my life here.”

Homefront Day is not limited to one day. Volunteers will return to the property as many days as they need to complete the job.