TOLLAND —  It has been an ongoing issue for thousands of homeowners in Connecticut – their foundations are crumbling. For years, they have tried to get he... 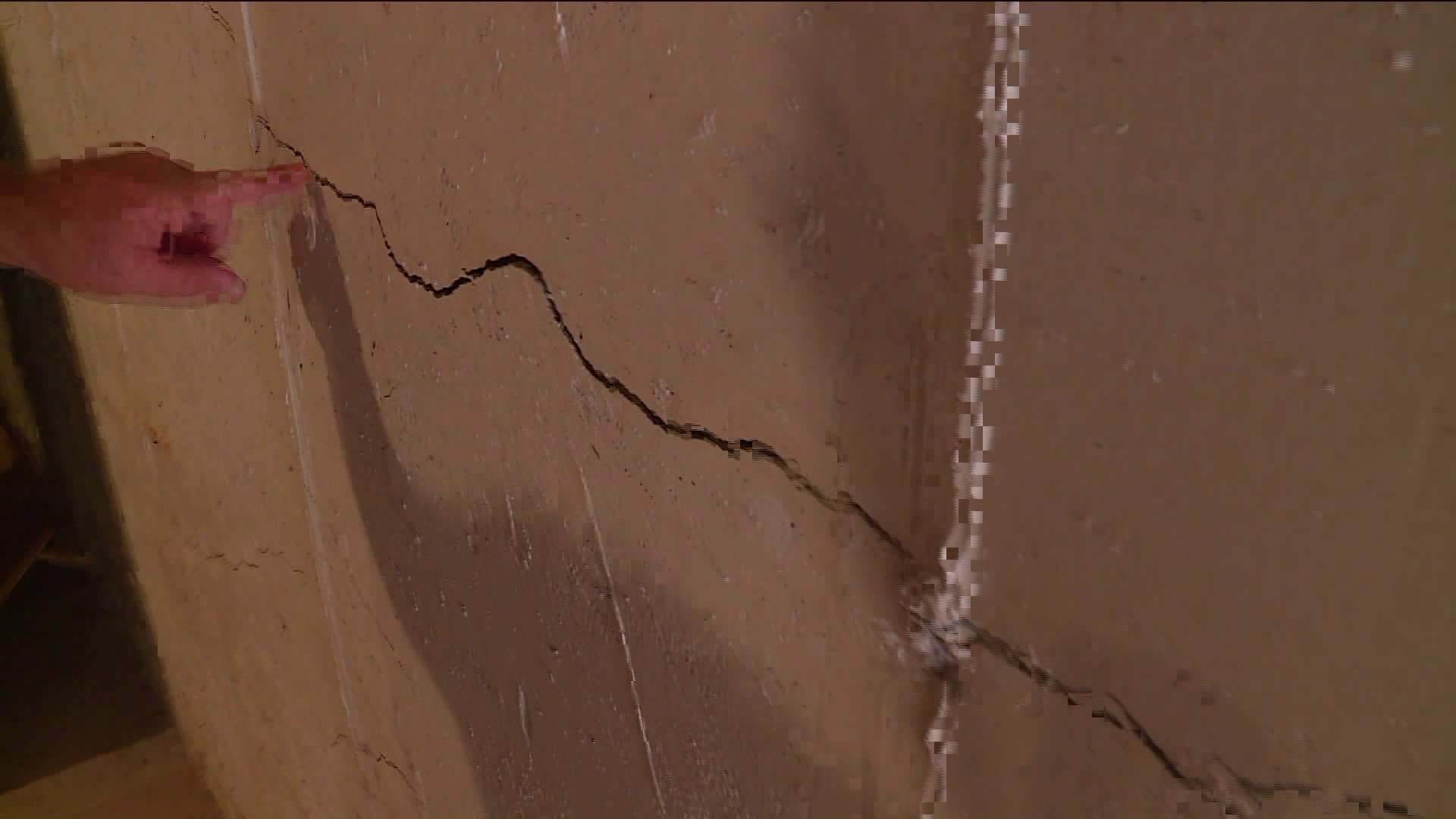 TOLLAND --  It has been an ongoing issue for thousands of homeowners in Connecticut – their foundations are crumbling.

For years, they have tried to get help from their State Representatives and on Wednesday, they brought it to their attention again.

State officials said crumbling foundations affect about 30,000 homeowners in Connecticut. At the meeting, several of them came forward and said the issue should have been resolved a decade ago.

Williams and his family have been living in Tolland for 15 years. Their home was built in 1994 and overtime, they have seen signs of severe deterioration.

With no solution on how to pay to fix up his home, he is now looking at his last resort.

“There’s you know, as a 50-year-old man, there were three parts to my retirement: social security, savings and now my home. My home is gone and the only way that I can get it fixed is to try and do my savings,” added Williams.

The meeting room at the Tolland Fire Department Training Center was filled with homeowners, attorneys, and realtors and all of them spoke out to Senators Chris Murphy and Richard Blumenthal.

The two senators have teamed up with other representatives to meet with the three largest insurers in the region to get them to participate in the state’s Crumbling Concrete Assistance Program.

The senators have also pushed for Connecticut  families to get funding through Federal Emergency Management Agency (FEMA).

“We are aware of the urgency and it’s the right word and frankly, the feeling of injustice that you feel and frustration,” said U.S. Senator Richard Blumenthal.

“I’m certainly supportive of an investigation that gets to the bottom of what potentially could be criminally statutorily, prohibited behavior here whether it be by the insurance company here or by the people who built these homes,” said U.S. Senator Chris Murphy.

Senator Murphy noted he has also pushed for legislation that will establish acceptable levels of pyrrhotite, a mineral found in concrete that is thought to be the cause of the crumbling foundations.

“What specifically have you done in the last year and a half since you left my house to help owners come up with a financial resolution?” asked Tim Heim of the CT Coalition Against Crumbling Basements.