HARTFORD – Homeowners with crumbling foundations filed a federal complaint Friday morning with the U.S. Attorney’s office in Hartford. The homeowner... 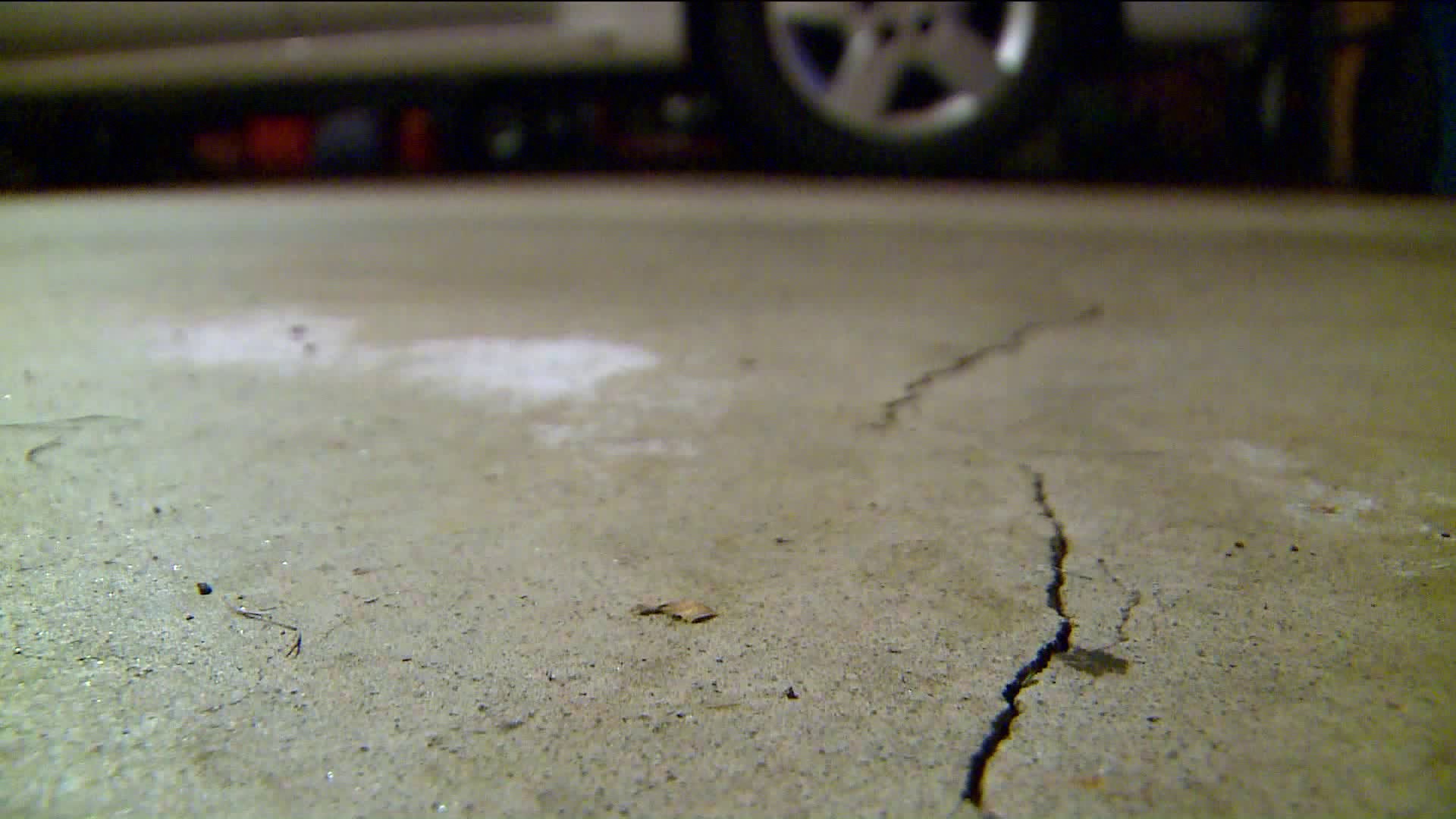 The homeowners are asking the Justice Department to open a federal investigation into this problem and why more hasn't been done to fix it. They claim the state has been aware this problem exists since a 2001 complaint to the Department of Consumer Protection.

"Obviously the state's not very concerned about it and they're not worried about the problem, so we need to go to a higher authority to find out what happened and why, and why this has gone on as long as it has and is still going  on," said Walter Zalewa of Willington, whose foundation has shifted so much due to this issue that his basement door no longer closes.

Five hundred affected homeowners have filed complaints with state officials, but lawmakers fear the number of affected could total more than 5,000. The problem has been traced to a quarry that produced a concrete mix with a mineral, pyrrhotite, that reacted with oxygen and water.

Fixing the problem requires a new foundation at costs of up to $150,000 with little-to-no insurance coverage.

Zalewa said, "Here I sit and wait for some sort of help because I cannot afford to replace everything that needs to be done."

The Coalition Against Crumbling Basements (CCACB) is still seeking financial solutions, but they say this action is about accountability.

"We might have found out that pyrrhotite was the problem 15 years ago and this problem could have been stopped," said Tim Heim, President of CCACB.

They're asking for an inspection of all people on the state and local level to determine the scope and depth of their knowledge of the problem, and their action or inaction as a result. They're also looking to find out if any violations, wrongdoing,  misconduct or breach of ethics were committed.

Heim said, "A multi-billion dollar problem has been created. The 'oops' just doesn't work for me."

CCACB continues to hear from more and more homeowners just discovering they have this problem.

"Constant e-mails and phone calls from people that say, 'What do we do?'. I answered one last night at 1 o'clock in the morning, a Facebook message, that said, 'What do I do?'" said CCACB Vice-President Cheryl Cranick. "It's heartbreaking. It's frustrating and it shouldn't be this way. There should be more accountability."

Heim said he was told he should expect a response to the complaint as soon as next week. There is no guarantee the U.S. Attorney's Office will take up the investigation.