MANCHESTER — Hundreds if not thousands of homeowners in Eastern Connecticut are dealing with the same problem: cracking, crumbling concrete foundations. T... 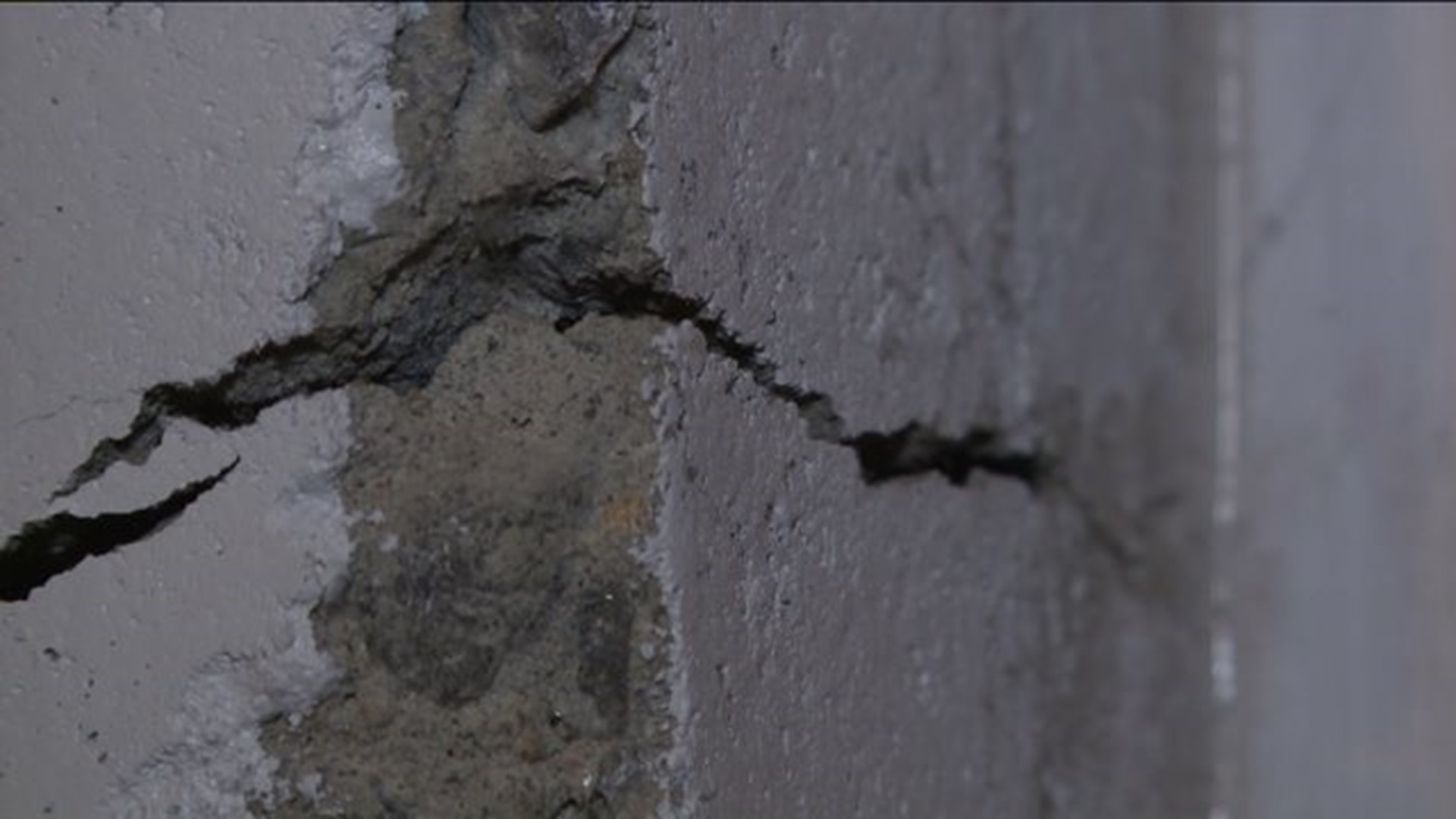 MANCHESTER -- Hundreds if not thousands of homeowners in Eastern Connecticut are dealing with the same problem: cracking, crumbling concrete foundations. The growing issue caught the attention of state lawmakers last summer and the Department of Consumer Protection launched an investigation.

Most of the homes with this damage were built in the 80s and 90s, but the problem took years to become noticeable.

Timothy Heim of Willington realized his home was affected last spring when he found a chunk of his basement wall on the floor. He then noticed cracks along the walls that have since become deeper and wider.

“The pressure starts pushing your basement wall in,” explained Heim, who is now the president of a group called Connecticut Coalition Against Crumbling Basements (CCACB).

The CCACB believes the problem is caused by a mineral called pyrrhotite used in the concrete. They’ve learned the cost of lifting their homes and pouring new foundations could cost more than $150,000, and insurance doesn’t cover it.

Homeowners say their dreams and plans for the future are crumbling too as they’re told their homes are now worthless.

“You’re being told everything you worked hard for all your life, paying your taxes, paying your bills, setting goals is all out the window,” said Heim.  “It’s devastating. It’s crushing.”

Homeowners are now turning to the state government for help.

The DCP investigation began in July. Preliminary results are expected out later this spring followed by a final report in the fall. In the meantime, the department is working with state legislators, multiple state agencies, and federal and municipal officials to put together potential solutions.

Rep. Kelly Luxenberg of Manchester said she’s received many calls and e-mails from constituents about the issue and even learned it’s affecting a home she owns herself.

She hosted a forum in Manchester on Thursday night with DCP Commissioner Jonathan Harris, so residents could get some of their questions answered.

“Now that we`re seeing it on so much of a larger scale, I`m really hopeful that the government is going to intervene to help these people,” said Luxenberg.

The DCP is asking homeowners with these foundation problems to file a complaint that will be used in their investigation. So far they have received 169 of those. Many residents at the meeting said they were concerned about insurance or mortgage repercussions if they file. Commissioner Harris recommended those residents talk to an attorney.

The DCP also set up an e-mail address specifically for questions about this issue, residents are encouraged to e-mail DCP.concrete@ct.gov.