PLAINVILLE – A Plainville man has died following severe injuries from a house fire Thursday morning 911 calls started streaming in at 10:30 am. One of the... 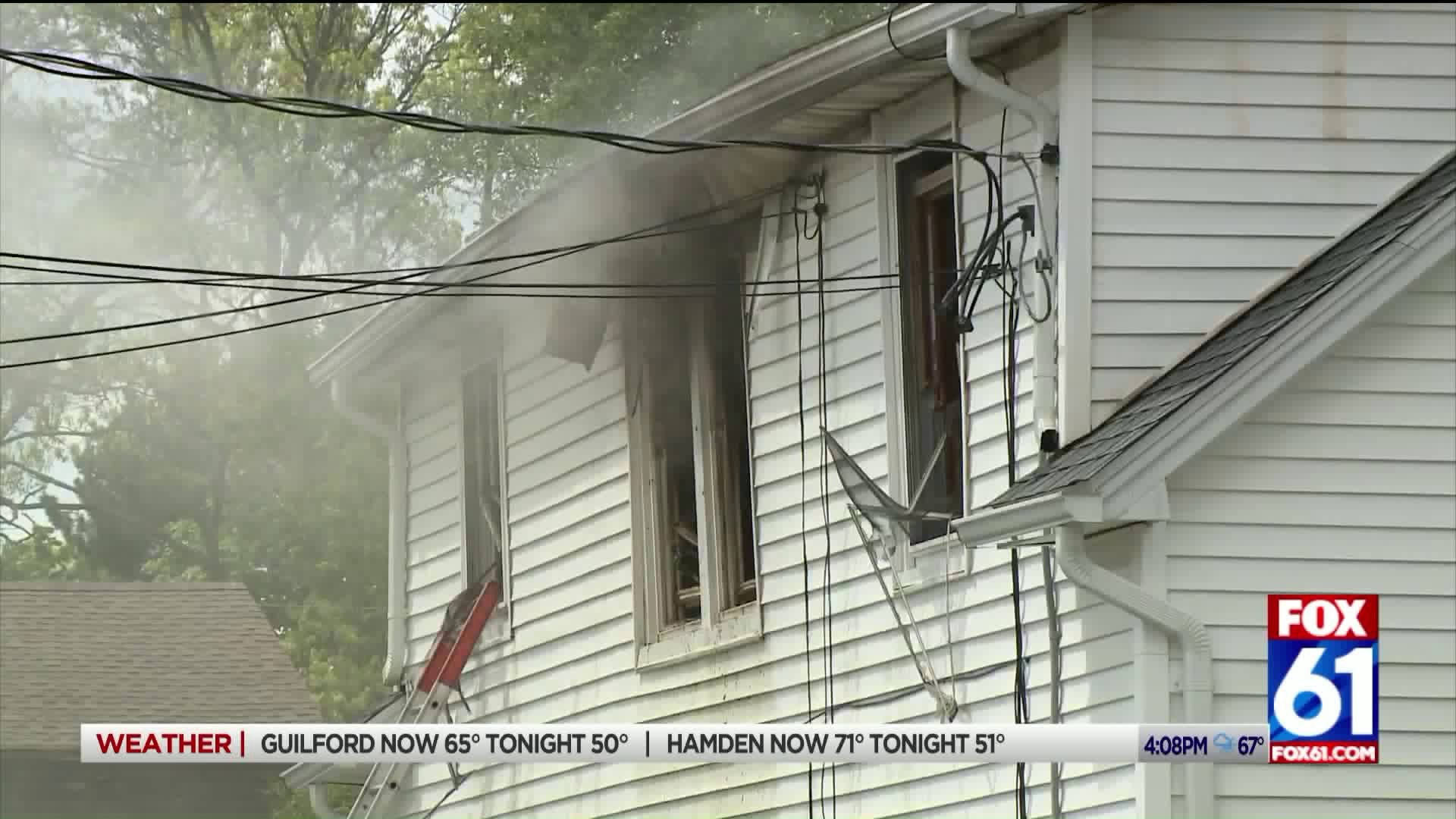 One of the calls was from the owner of the home that was burning.

"Yes, this is 20 Fairbanks Street, Plainville. My house is on fire," said homeowner Stephen Androwski.

He shares this home with his 45-year-old son, also Stephen Androwski, who had to be rescued from the burning second floor, where he lives. A Bridgeport Hospital spokesperson confirmed that Androwski, had died from his injuries.

"(Plainville )Fire brought him downstairs and got him out to the front door," said Michael McCarty, an EMT and resident of Fairbanks Street. "I started CPR on him. CPR to him 10 minutes in the back of an ambulance."

But McCarty was accepting no credit for the younger Androwski being resuscitated.

"The guy that transported him, David Zienka, the paramedic, he is the heroic guy. I’m only part of the system," he said.

Androwski was taken to The Hospital of Central Connecticut, in New Britain. Then he was airlifted by Lifestar to the Bridgeport Hospital Burn Center with burns to his upper extremities.

A woman walking her dog on Fairbanks Street was the one who alerted the homeowner to the fire.

"A gentleman came and we said your house is on fire, you need to get out," said Felicia Kenniston of Plainville. "He said OK and he close the door and went back inside he didn’t tell us somebody was upstairs. It’s very sad."

As of late Thursday afternoon, investigators were not certain if the home was equipped with smoke detectors. They confirmed the fire started on the second floor, where the younger Androwski lives.