HARTFORD — Thirty nine states allow some form of early voting and Connecticut took a step closer to joining that list Wednesday night. The proposal for Connecti... 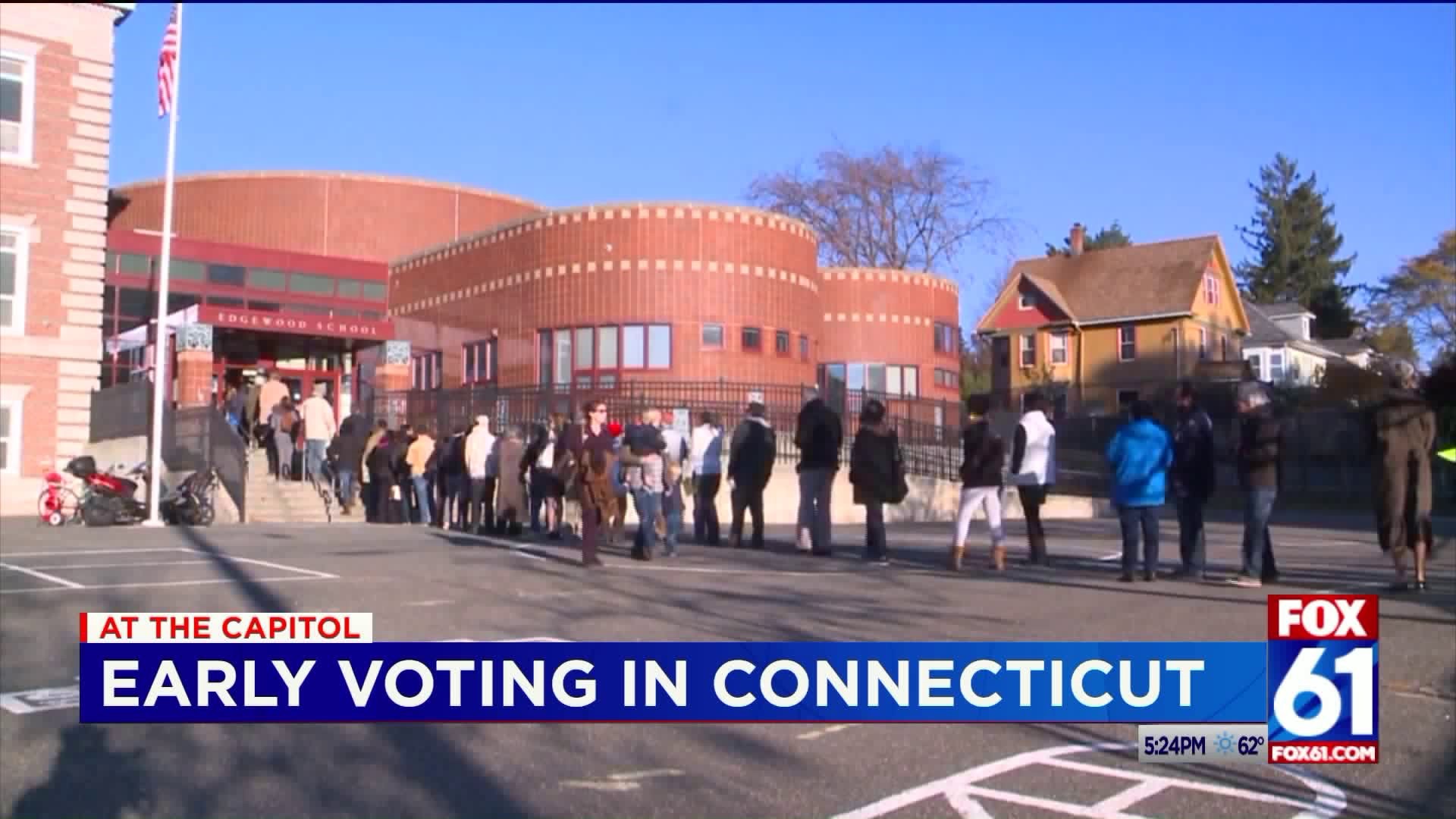 The proposal for Connecticut to join the 39 other states who have adopted Early Voting was approved by a vote of 125-24 in the Connecticut House of Representatives.

“Tonight’s vote is a strong, bipartisan statement in favor of making voting easier for voters. Ultimately, this is not a question of partisanship, it’s one of improving the voter experience,” said Secretary of the State Denise  Merrill.

I applaud @SOTSMerrill for tirelessly championing this proposal through the legislature, as well as the overwhelming majority of lawmakers in the House who saw it fit today to support this amendment. Let's get it through the Senate next!

Minority Leader Klarides and Speaker Joe Aresimowicz called each other late Tuesday night to talk about putting early voting up on the board for a vote in the house Wednesday where it needs a supermajority to pass.

The change would allow voters to cast ballots at least 3 days before an election. Most Democrats say they support early voting to cut down on the long lines we saw on Election Day last November. Those in favor also say we should do anything we can to expand access to our basic right to vote and bring more people into the process.

But Republican leaders told Fox 61 they have concerns and wouldn’t vote for the bill they saw Tuesday night. So Wednesday they were revising the language and are hoping to compromise.

“If concerns that we have with it such as unfounded town mandates, such as the possibility of a lot of fraud, if those things can be addressed in a way that we think is satisfactory, then there are some Republicans who can vote for it,” said Minority Leader Klarides.

Scott Bates, the Deputy Secretary of State said, “In the last Presidential election, 1 out of 3 Americans voted early. The reason is it’s more convenient for busy working people and families. We need that here in Connecticut and in fact this vote today is to just get it on the ballot so people can have a choice.”

A binding early voting referendum would be placed on the ballot in 2020. The earliest it could be implemented is 2022.