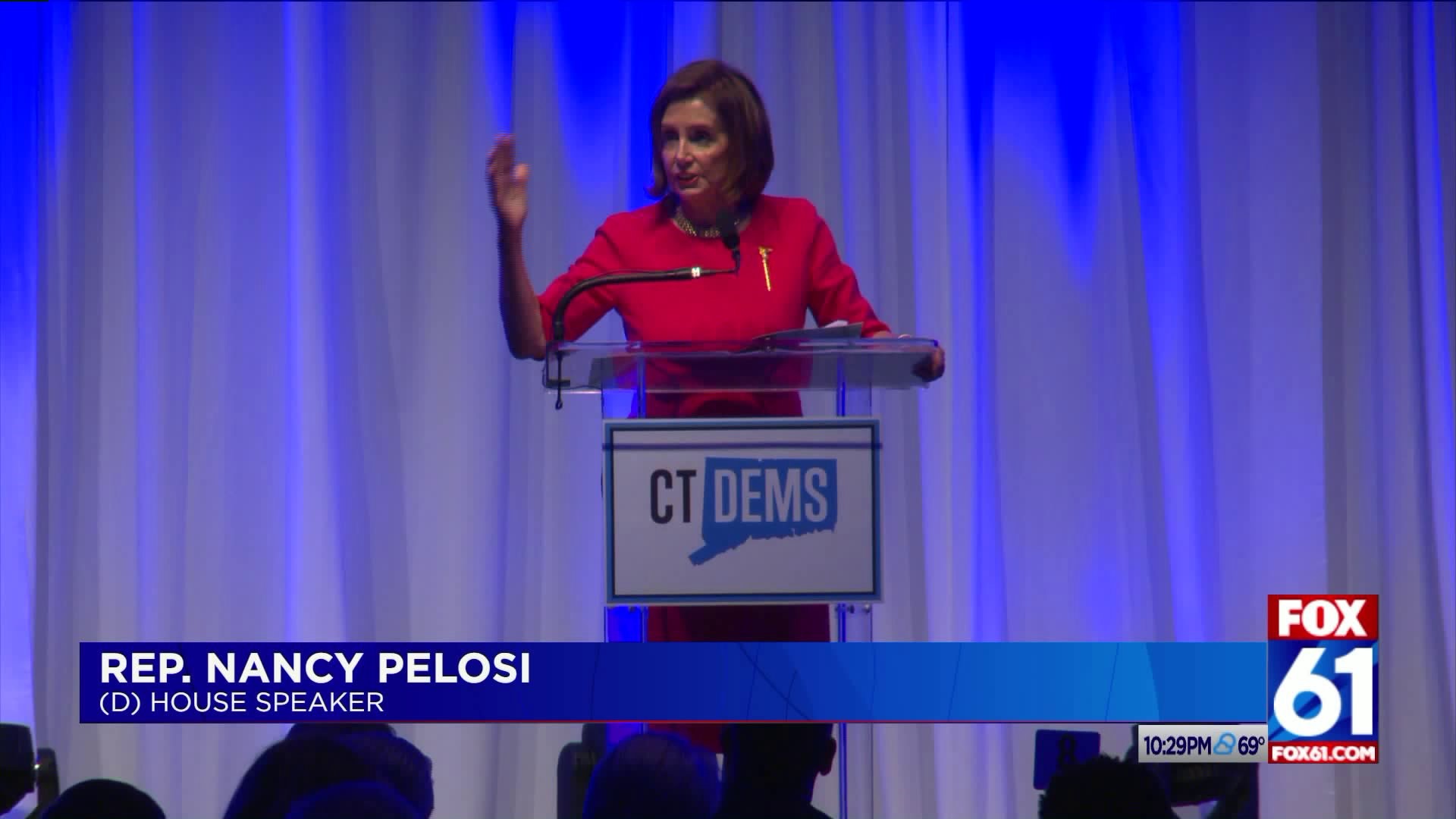 HARTFORD -- House Speaker Nancy Pelosi was in Connecticut Friday evening as the keynote speaker for the Connecticut Democratic Party's biggest fundraiser of the year.

Democrats said it was a night of recognizing women in leadership, most notably Pelosi who said Connecticut is always on her mind.

The ballroom of the Connecticut Convention Center was full of committed Democrats - eager to hear from the Nancy's. Pelosi and Former Lieutenant Governor Nancy Wyman told FOX61 Friday was not so much about addressing the clashing policies between the left and the right but more so about celebrating the accomplishments of Democratic female lawmakers.

"People are really excited about what’s going on here in the state. We have Nancy Pelosi coming here but also really gearing up for our local elections and for 2020," said Nancy Wyman of the CT Democratic Party Chair.

Several others also took to the stage including Governor Ned Lamont and Representative Rosa DeLauro who introduced Pelosi.

Pelosi's first words got a laugh from the crowd.

"You can never do too much dancing," said Pelosi.

"But we must also investigate to defend our democracy and hold the president and his administration accountable. Are you ready to take back White House for the American people?" added Pelosi.

Pelosi's speech lasted about an hour and a half. At the end of the event, they honored the first female Democratic Party Chair Nancy Dinardo with the William A. O'Neill award for all she has done for the party.