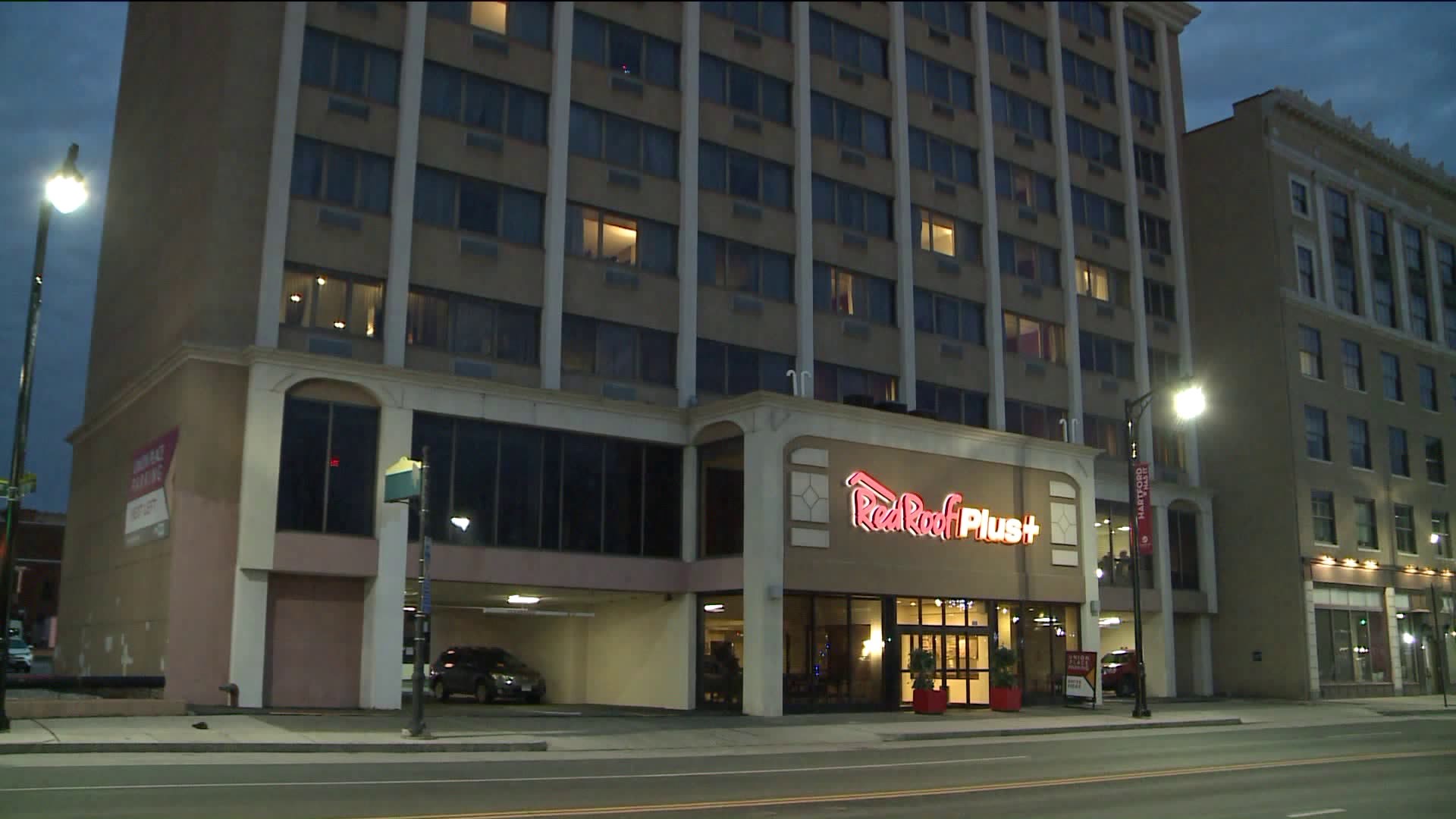 “At noon today, three days after the state was informed by FEMA that its request to extend TSA eligibility had been granted through February 14, FEMA notified the state that the extension had been sent in error and the families were once again ineligible for TSA and would be forced to vacate their hotel rooms,” Malloy said in a statement.

“How would they make an error like that? An error is not to be made like that,” Yahaira Falcon of Puerto Rico said.

Falcon and her friend Wanda Ortiz are staying at Hartford’s Red Roof Inn. They said many are just starting jobs and in the process of looking for housing.

Ortiz said they need time to be able to move.

Malloy said  despite the reversal, the state will provide assistance to the 36 families assure they are able to temporarily stay in their current housing.

You can read the Malloy's letter here.

“On October 30, 2017 FEMA approved a program to provide 100% funding to cover the hotel stays of certain individuals and families that had self-evacuated from Puerto Rico in the wake of Hurricane Maria.  This program is known as Transitional Sheltering Assistance (TSA).  Currently there are more than 10,000 household members from Puerto Rico checked into hotels through the TSA program.

FEMA periodically evaluates the continued eligibility of individuals and families for the TSA program based on data collected in the home inspection process.  As a result of the latest eligibility review, 36 families located in hotels in Connecticut were determined to be ineligible for further assistance.

FEMA is actively working with Connecticut’s Emergency Management Agency to address this issue and determine the most appropriate path forward to provide support to those with a validated need for continued assistance.”

“We strongly condemn FEMA’s decision to reverse course and go back on their word, putting multiple families displaced by Hurricane Maria at risk of homelessness in the middle of winter.  The City has been working with the families directly, and we have also coordinated with the State’s 211 system and other agencies to ensure that these families will have shelter in the coming days.

We will continue do everything we can to ensure that these families have a safe place to stay as they rebuild their lives, and we urge FEMA to act immediately to honor its commitment and do the right thing for these families.”