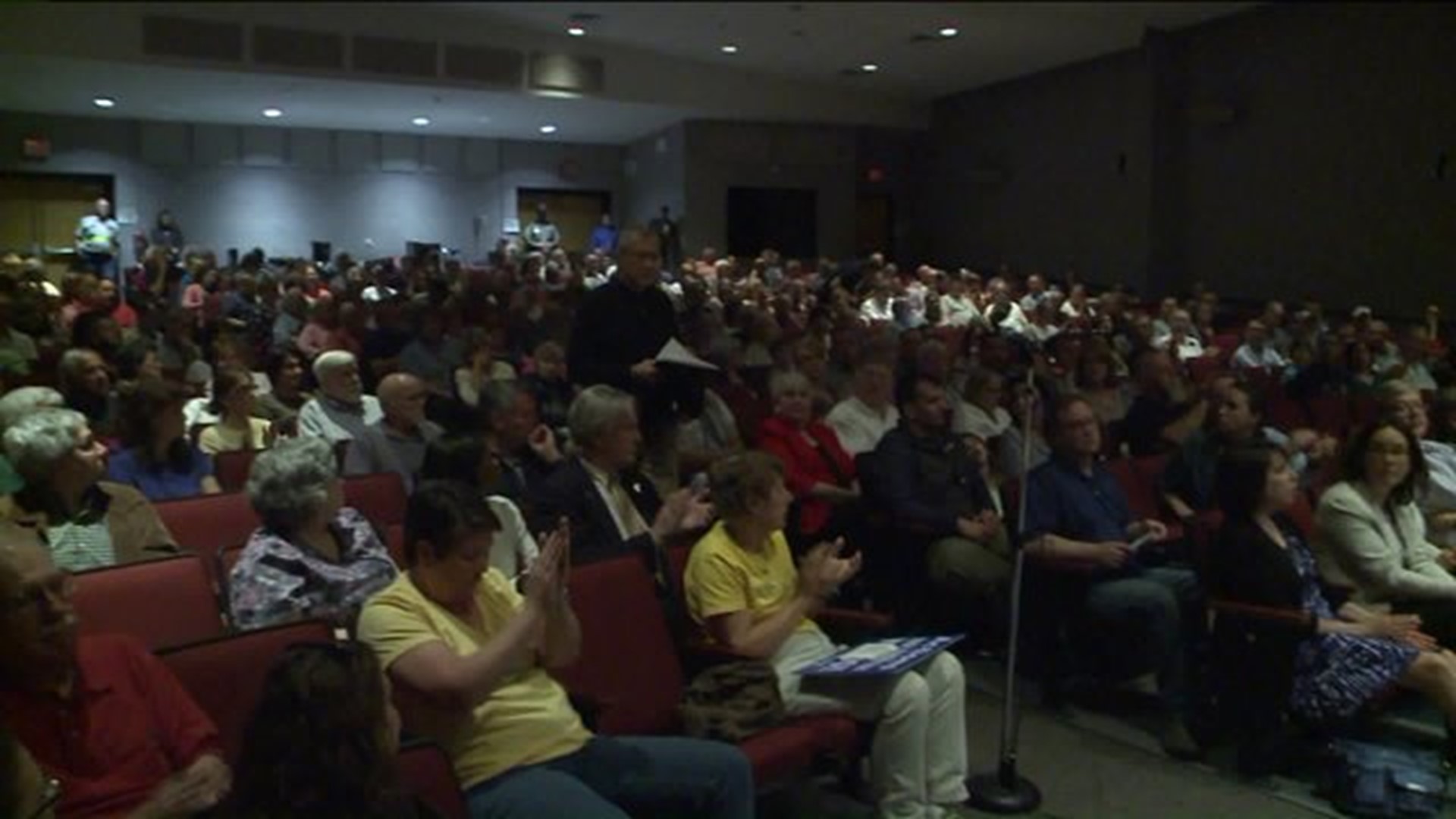 Linda Tofolowsky was one of those homeowners in attendance. She sued the Mottes company back in 2003 and lost, but calls the agreement to stop selling concrete a small win.

“I thought they were going to stay open while the state was testing and they’re not. Because from this date forward, it’s going to be 20-30 years forward that you’re still going to see failing foundations and that’s a disaster,” said Tofolowsky.

It’s little comfort to the homeowners who have the problem now, and have to witness their biggest asset deteriorate more and more with no solution.

At the meeting they carried signs that read "Actions speak louder than words" and asked for immediate help from lawmakers and state officials.

“We’ve heard a lot of ‘We want to help. We feel bad for you’ from our elected officials,” said Tim Heim, President of the Connecticut Coalition Against Crumbling Basements. “Show me the money. Where is the money?”

Lt. Governor Wyman and Commissioner Harris told the crowd the state is taking action, and is working to find solutions.

“I feel your pain. We’re going to work at it, we’re going to find a solution in one way or another to help all of you out. It’s hard to say but you have to give it time,” said Wyman.

The Department of Consumer Protection released preliminary results from their investigation confirming a mineral called pyrrhotite is a common factor in these foundations. The investigation is scheduled to conclude in the fall.

Commissioner Harris said, “I understand the lack of patience because I’d be the same way. But the reality is it would be worse if we rushed through something and messed it up and then couldn’t take the real actions immediately once this is over and over time to address what is probably going to be a problem that is ongoing for a while.”