Hurricane Dorian’s bands lash the Carolinas; 5 storm-related deaths in the US 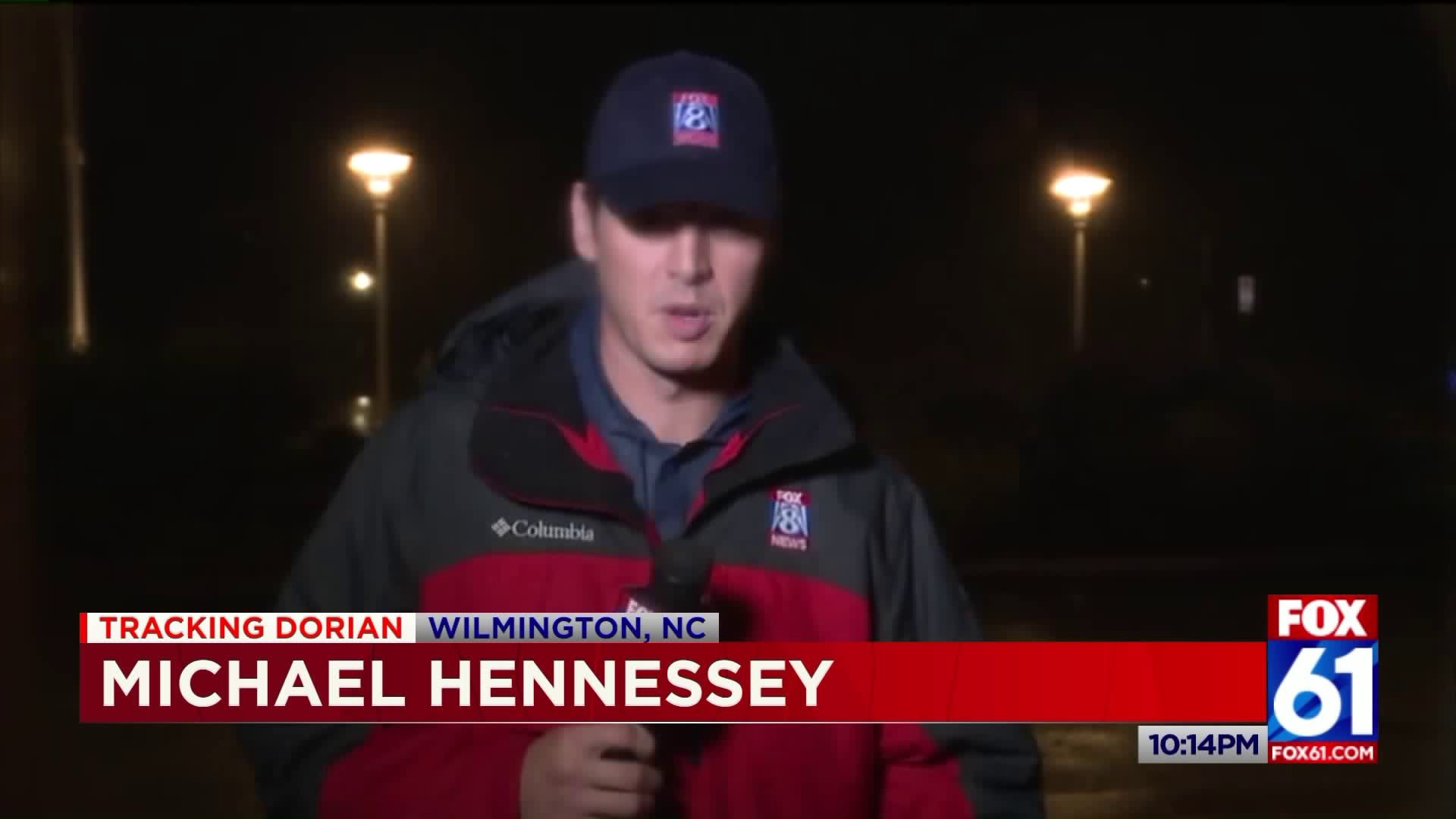 The dangerous eyewall of Hurricane Dorian moved just past the North Carolina coast Thursday night, as the storm brought fierce winds and destructive tornadoes to coastal regions in the state.

Dorian, a Category 2 storm with sustained winds up to 100 mph, was centered over the ocean some 40 miles south of Wilmington, North Carolina, according to the 10 p.m. ET update from the National Hurricane Center.

The killer storm was moving northeast at an increasing speed -- 13 mph -- as it skirted the coastline.

Hurricane conditions were spreading along portions of the North Carolina coast, the center said.

Five storm-related deaths were reported in the United States -- including deaths from accidents or medical events experienced while preparing for the storm. A North Carolina man died from a medical condition while trying to secure his boat, Pamlico County Sheriff Chris Davis said Thursday.

Dorian has killed at least 30 in the northern Bahamas, and that toll is likely to rise. Hundreds of people are still missing, Joy Jibrilu, director general of the country's tourism and aviation ministry, told CNN.

Officials in North Carolina were concerned about the potential for tremendous precipitation, and a flash flood warning was in effect for the area, where Hurricane Florence flooded scores of people out of their homes last year.

A CNN crew driving from Morehead City to Wilmington encountered sheets of rain -- and sudden lulls in the downpours.

Nine inches of rain and high winds in New Hanover County had prompted officials to close parts of 14 roads due to flooding and downed trees.

A tornado watch was in effect until Friday morning for the North Carolina coast north from just above Wilmington to Virginia Beach.

Rain earlier had pummeled South Carolina cities like Myrtle Beach and Charleston, where streets had been flooded. One area of South Carolina received more than 7.5 inches in just six hours Thursday afternoon.

More than 265,000 homes and businesses were reported without power Thursday night in South and North Carolina.

Several tornadoes or possible tornadoes were reported in parts of the Carolinas Thursday morning, including a twister that left a trail of destruction in Emerald Isle, a barrier island northeast of Wilmington, North Carolina.

Byron Cox's mobile home was still standing, but his father's was destroyed, he said. Cox was in his home when the tornado approached.

"All of a sudden I didn't feel it (any) more. I looked outside, and the tornado ... (was) going through the back. ... Debris flying everywhere. Never saw anything like this in my entire life."

While Byron Cox lives there full-time, his father, Simon Cox, lives in the mobile-home park only part-time. He arrived later Thursday to survey his own property's damage.

Simon Cox, 66, said the destruction should be a warning for people still waiting out the storm.

Tornadoes are common in the thunderstorm bands of hurricanes and tropical storms, especially in the right-front quadrant of the system. The tornadoes tend to be short-lived and may come with little, if any, warning.

North of Wilmington, a funnel cloud passed a fire station Thursday in video tweeted by the National Weather Service.

About 40 miles southwest of Wilmington, parts of several homes' roofs and siding were ripped off Thursday morning, the winds scattering debris across lawns, photos shared by the Brunswick County Sheriff's Office showed.

It wasn't immediately clear whether a tornado caused that damage, located in the The Farm housing development near the town of Carolina Shores.

In South Carolina, firefighters say an apparent tornado damaged an unspecified number of vehicles and buildings in North Myrtle Beach.

Wayne White captured video of the funnel cloud there. He said he was checking on some properties he manages when he saw it.

"I saw the circular clouds and was going to take a little video, and the funnel came out of nowhere," he tweeted.

'Our streets are quiet,' mayor says

South Carolina Gov. Henry McMaster declared a state of emergency, and the hurricane center warned of "life-threatening storm surge and dangerous winds, regardless of the exact track of Dorian's center."

Myrtle Beach Mayor Brenda Bethune said Thursday night that her city did OK during the storm.

"Our streets are very, very quiet. People are inside just waiting this thing out," she told CNN. "And tomorrow, we have crews that are ready to hit the streets, to do damage assessments, and get Myrtle Beach cleaned up and ready to welcome our visitors back."

Most of the missions conducted by the S.C. National Guard have been clearing debris from roadways in the Charleston area, Capt. Jessica Donnelly said. More than 1,600 National Guard troops were activated for the storm.

A hurricane warning is in effect from the South Santee River in South Carolina, up to the North Carolina-Virginia border -- meaning people in those areas are expected to experience hurricane conditions -- with winds of at least 74 mph -- at some point.

Parts of Massachusetts are under a tropical storm warning, meaning winds of at between 39 and 73 mph are expected in those areas within 36 hours.

Beaches in city of New York will be closed Friday and Saturday, officials tweeted, adding rip currents would make it too dangerous to get in the water.

Dorian's approach to the US comes days after it devastated parts of the northwestern Bahamas.