Hurricane Dorian’s forecast shifts, putting the Carolinas and Georgia in play along with Florida

MIAMI — Hurricane Dorian’s forecast track has become a little murkier, with the range of possibilities for landfall now including not just Florida b... 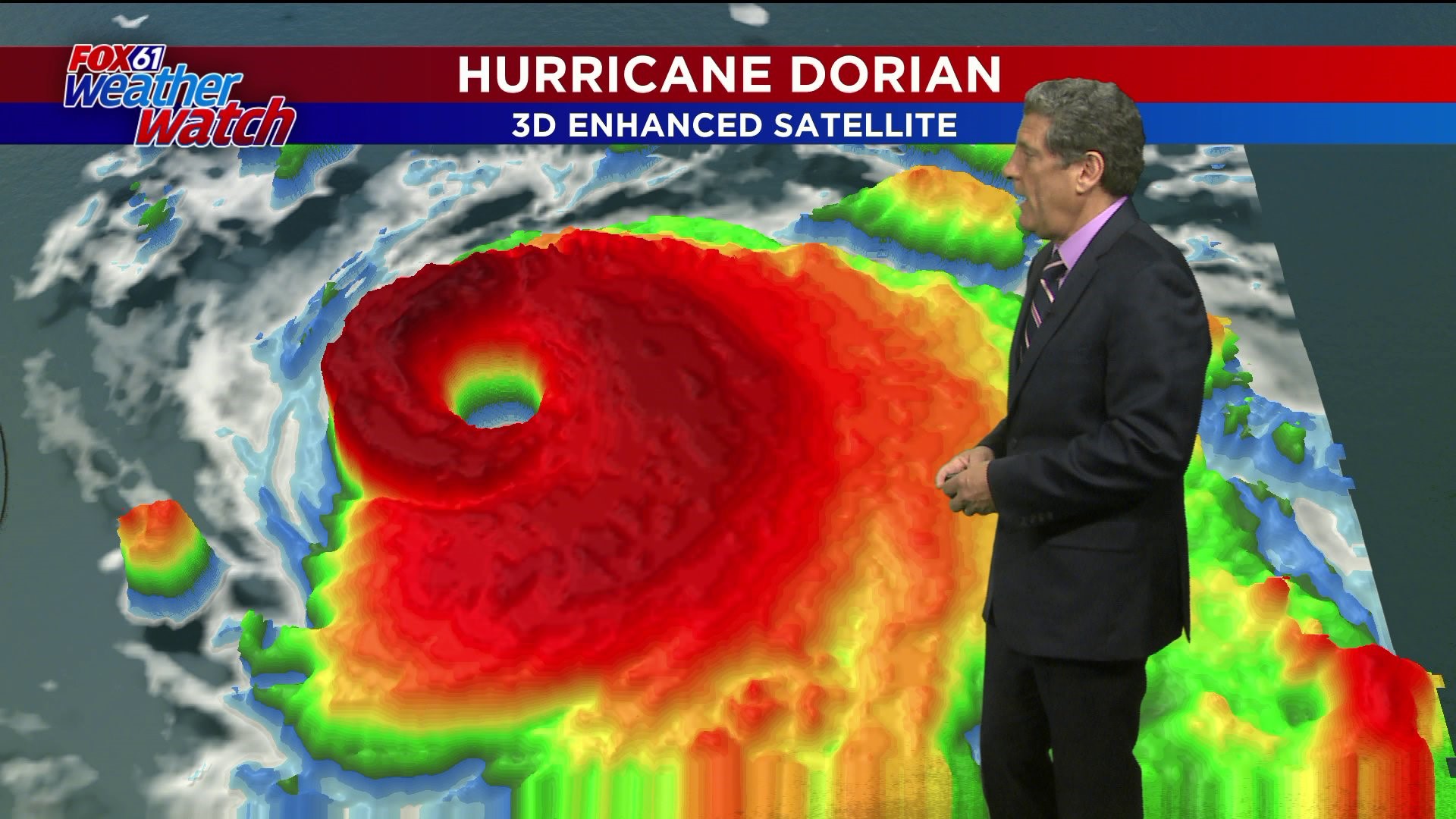 Author: Associated Press
Published: 9:53 AM EDT August 31, 2019
MIAMI -- Hurricane Dorian's forecast track has become a little murkier, with the
range of possibilities for landfall
now including not just Florida but also the coasts of Georgia and the Carolinas.

Dorian is packing 150 mph (240 kph) winds, and forecasters predict it will flirt with top-of-the-scale Category 5 wind speeds of 155 mph (250 kph) later in the day as it menaces the Bahamas.

The storm is expected to hit the northwestern part of the islands Sunday. Over two or three days, it could dump as much as 4 feet (1 meter) of rain, unleash high winds and whip up an abnormal rise in sea level called storm surge, according to private meteorologist Ryan Maue and some of the most reliable computer models.

After walloping the islands, forecasters said the ever-strengthening Dorian is expected to dance up the Southeast coastline, staying just off Florida's shore and skirting the coast of Georgia, with the possibility of landfall still a threat Wednesday. It will continue up to South Carolina early Thursday.

The National Hurricane Center in Miami said the risk of strong winds and rising water will increase along the Georgia and South Carolina coasts by the middle of next week.

The center also stressed that Dorian could still hit Florida. But after days of a forecast that put the state and President Donald Trump's Mar-a-Lago estate in the center of expected landfalls, the changes are significant.

"It's important to note that much of Florida, and the Southeast coast, remain in the forecast 'cone of uncertainty,' meaning landfall is still possible anywhere along the east coast of Florida and points further north," CNN Meteorologist Dave Hennen said.

Even if the storm's center doesn't smack into Florida, "Dorian is expected to be close enough to the coast to bring life-threatening wind, storm surge, and flooding rains starting early next week," Hennen said.

Looking like our great South Carolina could get hit MUCH harder than first thought. Georgia and North Carolina also. It’s moving around and very hard to predict, except that it is one of the biggest and strongest (and really wide) that we have seen in decades. Be safe!

By 8 a.m. ET Saturday, the storm had maximum sustained winds of 145 mph as it neared the northern Bahamas, which Dorian is expected to reach Sunday.

The northern Bahamas will start feeling tropical-storm-force winds Saturday night or early Sunday, and those islands -- including Grand Bahama -- are expected to feel the storm's full wrath Sunday evening, with sustained winds up to 145 mph.

"Do not be foolish and try to brave out this hurricane," Prime Minister Hubert Minnis said at a news conference, according to CNN affiliate WPLG. "The price you may pay for not evacuating is your life."

Officials have warned for days about the hurricane's potential impact in Florida, and resident have responded by stocking up on supplies and making evacuation plans.

Forecasts currently show Dorian could move northward along the coast Monday into Wednesday -- but landfall there still is possible.

"It is imperative that all Floridians and their families take this threat seriously and have a plan in place," Gov. Ron DeSantis said earlier this week.

"Even if there isn't a center of the storm over mainland Tuesday night ... the effects of the storm near landfall (are) still very dangerous," CNN Meteorologist Robert Shackelford said. "People still need to take heed to the fact that as of now, the hurricane can bring winds of 125 mph when the center reaches its highest proximity to the Florida coastline."

Officials have already began gearing for the storm's possible impact.

President Donald Trump said he will attend a Sunday briefing at FEMA headquarters, where they will likely make decisions about whether to evacuate parts of Florida. Dorian looks like it "can be an absolute monster," Trump said.

The flooding and storm surge will be dangerous

One of the reasons Dorian is particularly dangerous is the heavy rain it's expected to down over the same areas for a long time.

In the northwestern Bahamas, the storm is expected to pour up to 20 inches in isolated areas. The southeast US will be drenched in up to 18 inches of rain in some places.

The rainfall may cause life-threatening flash floods and a storm surge that will raise water levels by as much as 10 to 15 feet above normal tide levels in northwestern Bahamas, the hurricane center said.