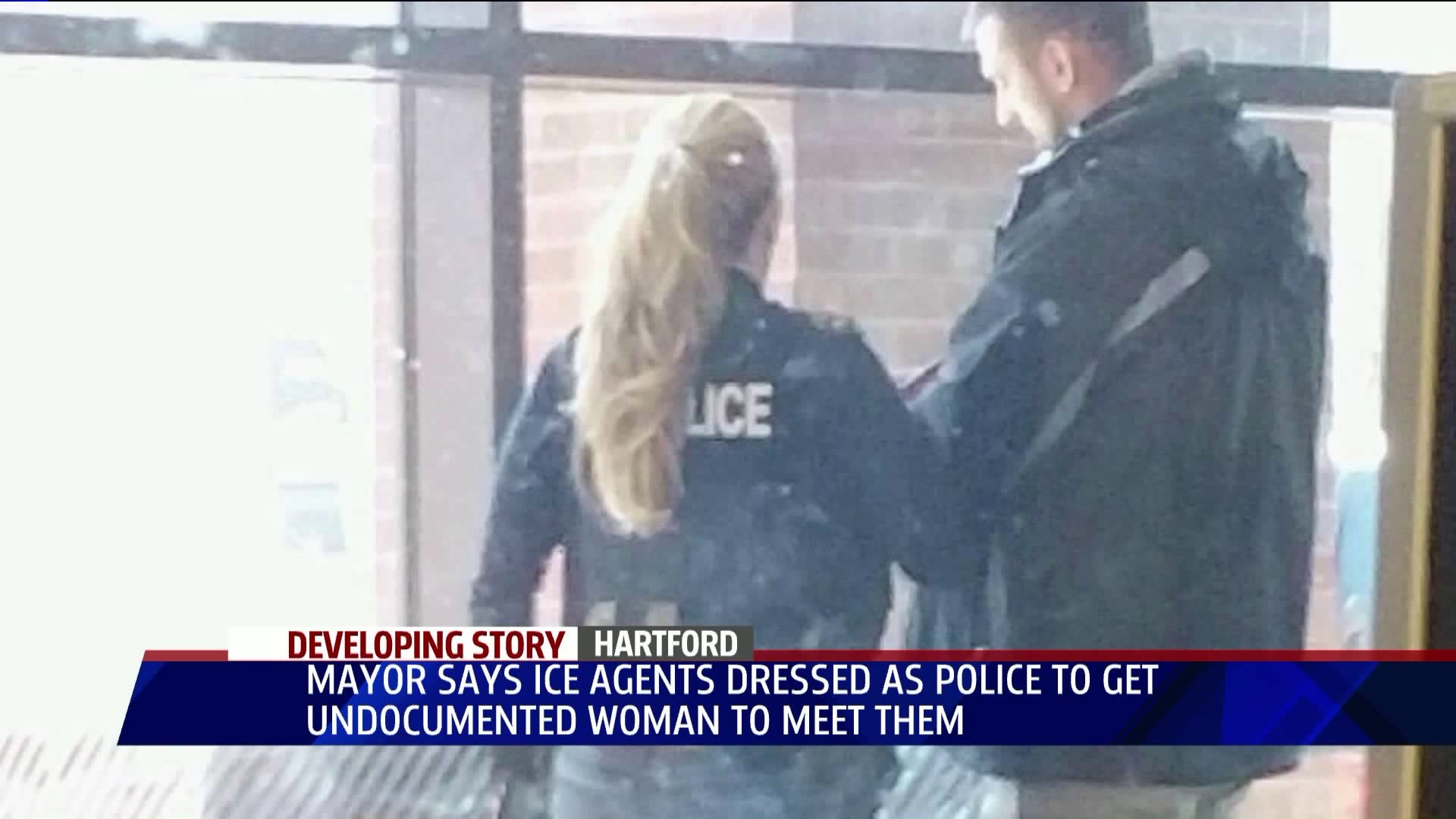 On Sunday, March 12, ICE agents wearing only "Police" identification attempted to get an undocumented woman to meet them at Hartford's Public Safety Complex to be detained, Bronin and Rovella said in a joint statement Monday. The agents had no visible indication of their affiliation with ICE which "reflects an intent to create the impression that they were, in fact, local police."

Police say when officers questioned the two agents in the Public Safety Complex's lobby, they said they were with ICE and had told the woman to meet them there.

Mayor Bronin said when officers asked why the agents' vests said "Police" and not "Immigration," "the answer was that the 'P' word is less scary than the 'I' word, so I think that goes right to the heart of the matter."

“To protect our community, our police and other public safety officers need to foster a relationship of trust with all of our residents,” said Mayor Bronin. “Our police officers have worked hard to build that trust, and for ICE agents to present themselves as local police will undermine the hard work our department has done. We follow all state and federal laws, and we will partner with anyone to help get violent criminals off our streets. But federal agents should not be creating the impression that they are local police.”

“All law enforcement officials, not acting in an undercover capacity, working in our community should be readily identified by the agencies that they represent,” said Chief Rovella. “ICE Agents should not identify as local police as it is misleading and can damage the important relationship with our local communities."

“ICE agents and officers may initially identify themselves as “police” during an encounter because it is the universally recognized term for law enforcement and our personnel routinely interact with individuals from around the world. In the often dangerous law enforcement arena, being able to immediately identify yourself as law enforcement may be a life-or-death issue," said Sarah Rodriguez, Deputy Press Secretary for the U.S. Immigration and Customs Enforcement Agency in an email.

In this particular incident, the woman never came to the complex and the agents eventually left. But Hartford leaders are concerned these tactics will be used again.